Rock the Boat for Change 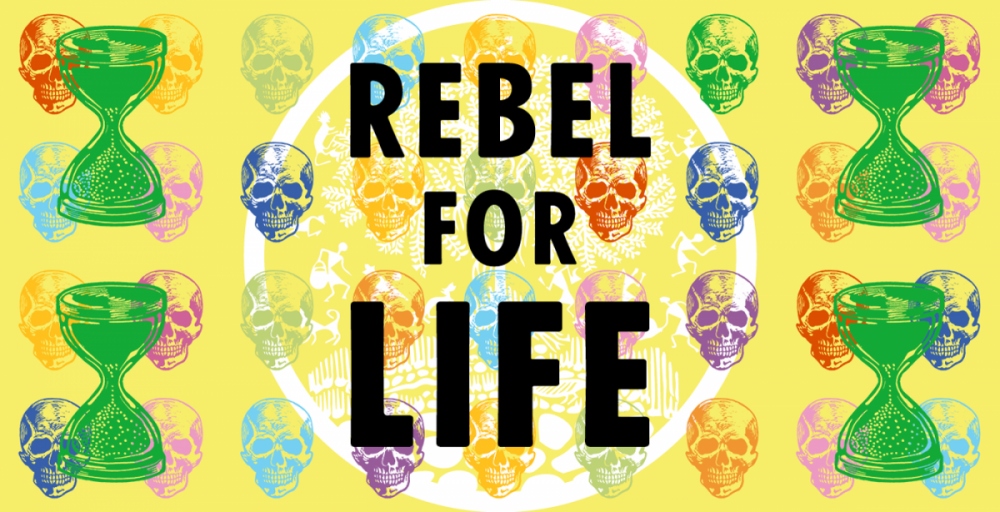 The other day I was listening to one of my favourite Canadian podcasts, Alberta Advantage. The hosts made a succinct and powerful point that stuck with me. In discussing the history of wheat farmers being continually thwarted whenever they tried to wrest control of sales from a few wealthy businessmen, the hosts summed it up eloquently: as long as you play by capital’s rules, you’re always going to lose. It’s a lesson that the climate movement learned long ago and one that trade unionists need to remember if we want to rebuild the labour movement — and secure a liveable future.

In mid-October 2018, a new social movement erupted in the UK to confront the climate crisis. Starting with an assembly of over a thousand people in London’s Parliament Square, they called themselves Extinction Rebellion. The movement explicitly framed itself as a radical and necessary response to a life-or-death situation. Immediately following the assembly, the group took over the street in front of the British Parliament and shut it down until many had been arrested. Then on November 17, labelled “Rebellion Day,” nearly 6,000 people took over and blocked the five main bridges over the River Thames, effectively shutting down traffic in central London for half a day.

The goal, according to organizers, is no longer to pressure politicians to take climate action. They reject the petitions, lobbying, and marching of past climate activism as a waste of time. Instead, their strategy is disruption itself: to impose enough financial damage that the ruling class is forced to accept a genuine climate plan. They estimate that they need the involvement of about 3.2 per cent of the population to precipitate a crisis for capital.

The promotion of civil disobedience has been a key part of effective climate justice campaigning for decades, going back to Earth First!’s anti-logging blockades and sabotage in the ‘80s, and to Greenpeace before that. What’s most interesting, though, is that organizers are using the key weapon of the labour movement — economic disruption — as their exclusive strategy.

The scale and scope of Extinction Rebellion are inspiring. As a movement though, it pales in comparison to organized labour. Labour is still the biggest vehicle for change. About four million Canadians belong to a union, almost 30 per cent of the entire population. Other organizations and movements dream of numbers like that. Plus, unions directly support almost everything else on the left, from defence lawyers for civil disobedience, to non-profit groups and think tanks, to progressive electoral candidates. Unions aren’t reliant on philanthropic donations or government grants either, which can be turned on or off.

Perhaps most importantly, instead of supporting causes in their spare time, trade unionists can simply withdraw their labour. Imagine if 30 per cent of the population walked off the job to protest climate inaction. The impact would be far greater than just the cost of blocked traffic; the whole economy would grind to a halt.

Yet, the labour movement is in decline. The rate of unionization has been dropping for decades, and most unions have been unable to win significant improvements in contracts. Most can’t even keep wages in line with inflation. There are several reasons for that, but a large factor is that the rules keep changing: labour’s ability to use its most powerful weapon — economic disruption — has been severely constrained over the last 50 years.

As Aalya Ahmad wrote in her brilliant commentary on the Rand Formula, the very nature of labour laws restrict job action to a very narrow window; everything from strikes to slow-downs are tightly controlled by the bosses and government, to limit the militancy of workers. If that wasn’t enough, back-to-work legislation has become a predictable response from government to even the faintest hint of a strike.

Fortunately, it looks like that may be starting to change. When the Trudeau Liberals stripped workers of the right to strike in November 2018 by legislating postal workers back to work, the Canadian Union of Postal Workers’ national president Mike Palecek promised a campaign of non-violent civil disobedience. Since then, allies in over a dozen cities have set up solidarity pickets to stop the mail from moving at Canada Post facilities, with some of those allies arrested. Other unions stepped up to offer CUPW millions in interest-free loans to support postal workers in case they choose to defy the legislation.

We’ll see what postal workers do from here. Will they reject the bosses’ rules and play by their own? They could, once again, set the standard for change. One thing is clear: while climate activists are getting arrested for causing (minor) economic disruption, only the labour movement has the numbers and the resources to really create a crisis for capital, and to avoid one for the climate, and our world.

This article originally appeared in Winter 2018-Spring 2019 of Our Times Magazine. Support our work by subscribing, advertising, or donating today!