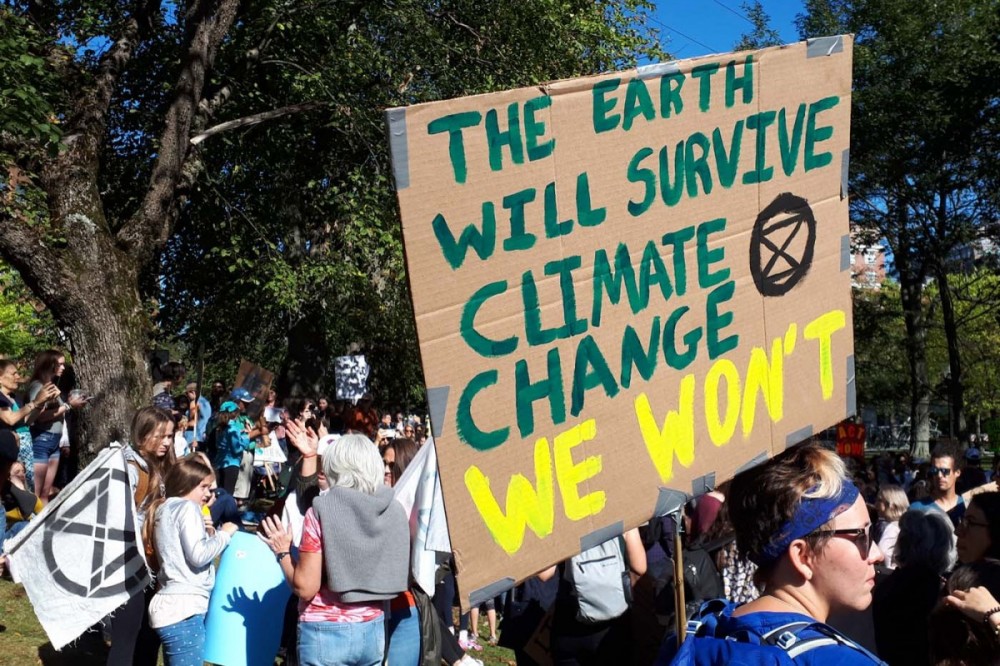 At the eleventh hour, Canada passed Bill C-12, the Net-Zero Emissions Accountability Act, the country’s first-ever climate accountability legislation. Over a decade in the making, Bill C-12 sets a target of reaching net-zero emissions by 2050. It legislates that the government set climate targets 10 years in advance and requires regular reporting on progress to meet them. It also mandates the federal government to consider the United Nations Declaration on the Rights of Indigenous Peoples (UNDRIP) when creating climate policy and targets. While the bill provides a useful framework for future action, it lacks teeth and does little to fix Canada’s current inadequate emissions targets.

The Senate approved the bill in early July, in the midst of record-breaking heat waves across much of North America and raging wildfires in BC. The extreme heat-fueled wildfires were so bad that over 90 per cent of Lytton, a village of about 250 people in BC, burned down.

Bill C-12 was introduced last fall but sat on the shelf until June, when it was fast-tracked for simultaneous reading by the Senate Environment Committee and review and amendment by the House Environment Committee. The NDP and the Bloc, as well as numerous senators, complained that the bill was “fundamentally flawed” and that the rushed process left little time to make changes. The Senate approved the bill on its last sitting day; otherwise, it would have been lost once the federal election was called and parliament dissolved.

A climate change accountability act was first tabled as Bill C-224 in 2006 by Jack Layton. It passed third reading but died in the Senate when an election was called in 2008. The NDP reintroduced it as Bill C-311 in 2009, but it was ultimately voted down in the Senate. Fifteen years later, Canada now has a framework for climate accountability, although it falls short of its international counterparts.

Justin Trudeau was a vocal critic of Harper’s target to reduce carbon emissions by 36 per cent below Canada’s 2005 levels by 2030. Yet, after Trudeau won a majority in the 2015 election, he adopted those very same targets (and bought a pipeline). Earlier this year, he and the Liberals trumpeted the news that they were moving in a more ambitious direction, beyond Harper’s target, and pledging to cut emissions by 40 to 45 per cent below 2005 levels. Even in this, there’s a degree of deception. Most other countries use 1990 as a baseline for emissions targets. Trudeau, like Harper before him, chose 2005 because it was and still is the worst emissions year on record. In 1990, Canada produced 602 megatonnes (MT) of carbon dioxide. In 2005, 730 Mt. For comparison, in 2017 the country produced 716 Mt.

Climate Action Tracker (CAT) tracks the climate policies of and promises made by countries, including all the world’s biggest emitters. CAT measured Canada’s updated targets and found them incompatible with the goal of keeping global warming below 1.5°C — the internationally agreed-upon threshold beyond which we risk making the planet unlivable for most people. Bill C-12 does nothing to change that. The hope is that the stage is set for greater commitments to be made later, but that seems unlikely. 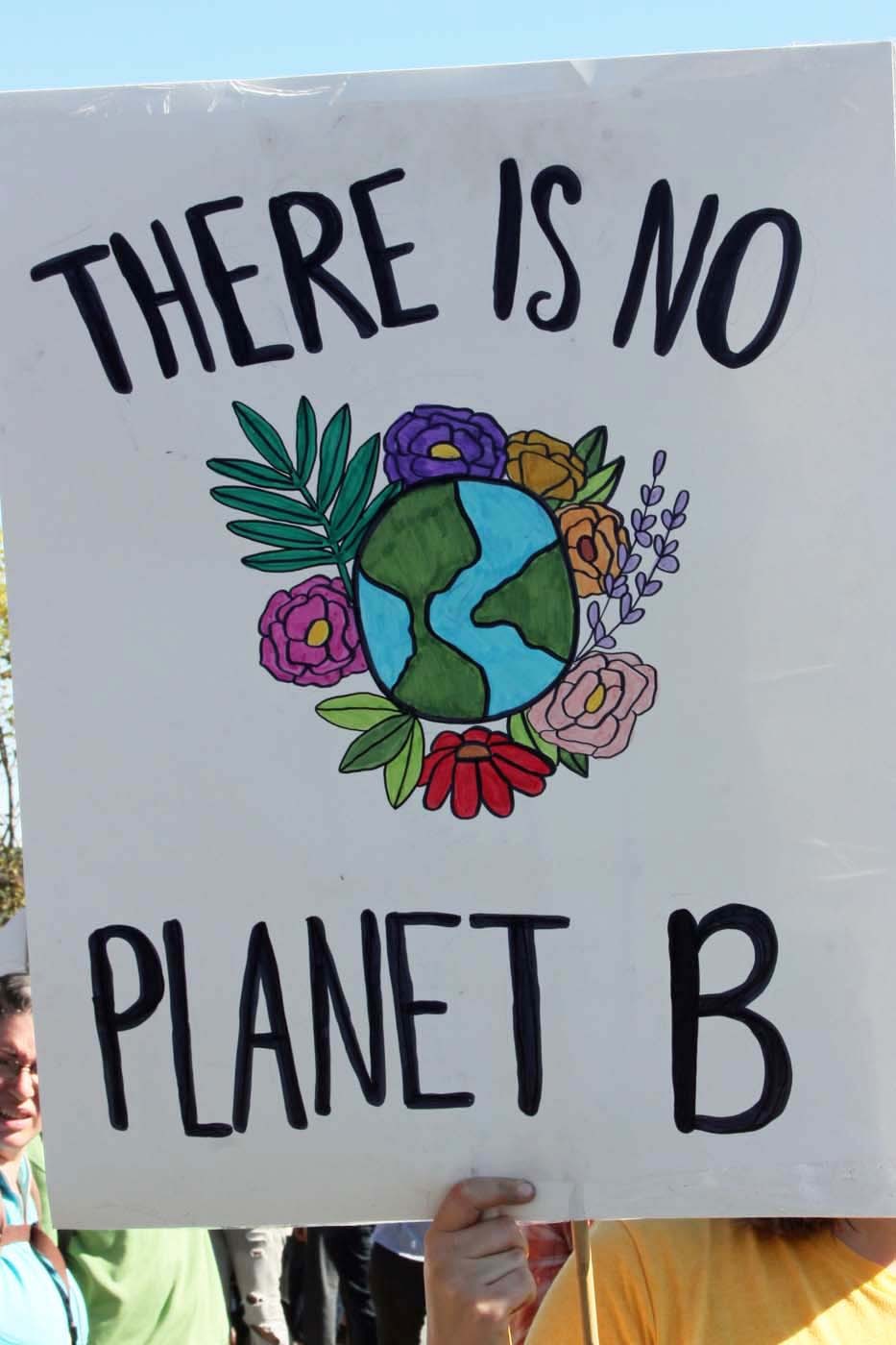 Climate Action Tracker also analyzed Canada’s current plans and found that we won’t even meet our proposed targets, inadequate as they are. Canada has failed to meet every emissions target it has ever set, and there are still no penalties for such failure. Each successive government has announced targets, done little if anything to achieve them, and then punted the problem to future governments and generations.

Bill C-12 was an attempt to change that. However, from its introduction, it has been delayed and watered down. While the bill mandates that governments will need to set targets and regularly report on them, it lacks a mechanism to force Ministers to set higher targets or share more detailed plans to reach them. As several environmental organizations wrote in a joint briefing note last November, “it also [lacks a mechanism] requiring the Minister to actually meet the targets, rather than just plan to meet them.”

Key to actually meeting targets would be carbon budgets. A carbon budget is the amount of carbon that can be emitted before surpassing a set limit, like 1.5°C of warming. Carbon budgets are often broken down by industry and province or state. They are a core component of the UK’s climate accountability legislation, a model that other countries look to. Carbon budgets are noticeably absent from Bill C-12.

Also missing from the bill is any mention of provincial versus federal responsibility. The bill sidesteps the thorny issue of jurisdiction and what happens if one province refuses to do its part to reduce emissions.

Still, the bill means that the federal government is now required to publish a report before the end of this year that includes both a 2026 emissions reduction target and a plan for how Canada will meet its 2030 target.

Environmental groups have applauded the bill as a historic first step, while calling for it to be improved and for future governments to be more ambitious with their climate goals. Whether those improvements and loftier goals materialize will depend on the power of unions and social movements to exact them from politicians who waver.

James Hutt is a member engagement, organizing, and outreach officer for the Canadian Association of University Teachers (CAUT). On September 24, join activists around the world on for a Global Climate Strike. For more information about strikes in Canada, check out Fridays for Future Canada.

This article originally appeared in Summer/Fall 2021 of Our Times Magazine. Support our work by subscribing today!