Here for All Seasons

A Coalition to Confront Environmental Racism 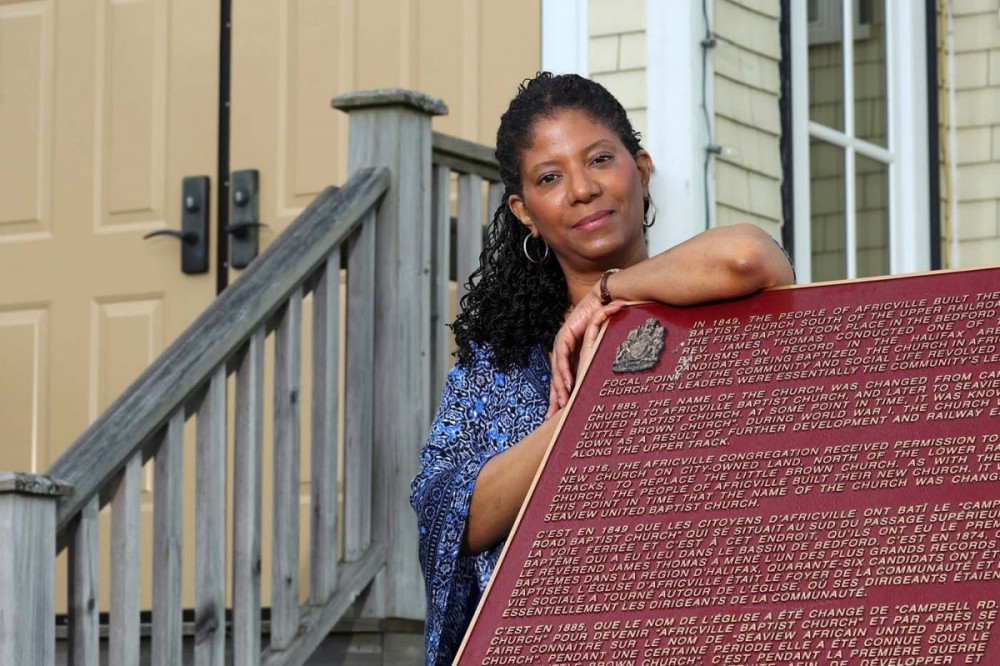 On August 19, 2006, the Probo Koala, a ship registered in Panama and chartered by UK-based oil-trading company Trafigura, unloaded almost 140,000 gallons of toxic waste at the Port of Abidjan in Côte D’Ivoire. The waste was loaded onto trucks and illegally dumped in numerous city spots, some near the home of Naolo Charles’ parents. Within days, tens of thousands of people began reporting skin irritations, headaches and breathing problems.

It was this toxic-waste incident in Abidjan that triggered Charles’ interest in the environment and led him to pursue a graduate degree in the same topic, to better understand the issue.

“When that happened, I wasn't actually aware of the fact that this was environmental racism,” Charles says via phone to Our Times. “I knew that something was wrong. I knew that it was a problem. But I didn't understand how toxic waste that was created on the other side of the world became a problem in my country, actually close to my family’s home. But I later learned there's many places in the world where these things happen. Sometimes we don't know about it.”

Now based in Toronto, Charles, along with Halifax-based sociologist Dr. Ingrid Waldron, has co-founded a national coalition to confront environmental racism in Canada.

The group’s mission is to support organizations, activists and projects across Canada working to address the social and political impacts, as well as the health effects, of environmental racism and climate change on Indigenous, Black, and other racialized communities in Canada.

Along with being disproportionately affected by climate change, these communities are more impacted by toxic waste and pollution: people’s homes and water supplies often sit dangerously close to industrial sites, waste-management facilities or dumps.

So far, the coalition comprises over 60 members including the Grassroots Grandmothers Circle, the David Suzuki Foundation, the Black Planners Group and the Ontario NDP Caucus. Environmental organizations, climate justice and racial justice collectives are taking part as are unions, youth groups, legal and community organizations, and individual activists.

The network will function as a watchdog as well as a collaborative space for folks combatting environmental racism in different ways and in different sectors, offering them the chance to connect and support each other’s work. It includes five internal working groups, each focused on one area: research, campaigns, youth mentorship, education and training, or community capacity-building.

The coalition will also expand on existing environmental initiatives. Charles and Waldron themselves, for example, will be using it to build on projects they’ve already begun.

Charles is the creator of the Black Environmental Initiative (BE Initiative), a project dedicated to involving racialized communities in environmental action. BE Initiative’s programs include support for eco-entrepreneurs, and awareness-raising through digital campaigns and training.

“I created the Black Environmental Initiative, mostly to focus on the environmental protection of Black communities,” explains Charles. “The fight against environmental racism is one of the priorities that we have. But it goes beyond that. We're also looking at how to create more opportunities for Black communities in the green sector. So, one of our dreams is to foster more green jobs and more green entrepreneurship opportunities for Black youth.”

Waldron is the director of the Environmental Noxiousness, Racial Inequities and Community Health Project (known as the ENRICH Project). ENRICH, like Waldron, is Nova Scotia-based and was established “to address the health and socio-economic effects of environmental racism in Mi’kmaw and African Nova Scotian communities,” according to its website.

Waldron’s 2018 book, There’s Something in the Water, exposed the degree to which industrial pollution has been poisoning the water supplies of those communities. Last year, a documentary inspired by the book was released on Netflix. It was co-directed by actor Elliot Page, who grew up in Halifax, and Ian Daniel.

Charles tells Our Times that the idea for the coalition came out of the desire to create an environmental racism watchdog in Canada. “We're trying to have this permanent group of organizations that fight for equity in Canada.” He notes that “this is an issue that is really big in Indigenous communities, but it's also big in Black communities. I would say that also impacts not just people in [those] communities, but also individuals that are living in cities, immigrants.” He stresses that “We want to make sure that people are not exposed to pollution just because they have lower income or just because of their race.”

An Illness with an Antidote

Waldron tells Our Times by phone that you can think of environmental racism like an illness, and environmental justice, like an antidote.

Apart from environmental degradation and climate change disproportionately impacting Black, Indigenous and racialized communities, these communities are also largely excluded from “green” professional and activist spaces, and other decision-making bodies, which perpetuates the issue.

“In the same way that environmental racism is a condition,” she says, “it's the illness, it’s the problem. You have to understand what causes it. What's the diagnosis?

“First, it's about environmental policies that are racist in subtle ways that lead to the placement of industries in certain communities. Because the people who develop environmental policies are people of a particular racial group and economic group and social class. And if Black and Indigenous communities hold little value in people's minds, then those people who develop the policies will make sure that they protect the white communities. They may not understand in very obvious ways that what they're doing is purposely not protecting [those] communities.”

Charles notes that the coalition will be paying attention to politicians. “I think it's going to remain a priority for us to find a way to get elected officials to show commitment, and to create some kind of a legal framework that would facilitate the protection of Black communities and also Indigenous communities,” he says.

One step in this direction is the creation of Bill C-230. Called A National Strategy to Redress Environmental Racism, Waldron developed this private members’ bill with MP for Cumberland-Colchester, Lenore Zann. It was forwarded to second reading in December 2020.

One of the coalition’s first projects is to expand the Toxic Facility Mapping Project. This map, begun by ENRICH, is an open-source, community-based online map which shows the proximity of waste disposal sites and thermal-generating stations to Indigenous and Black communities across Nova Scotia.

The plan is for the coalition to develop this map into one that covers the entire country. “Right now, there are communities suffering from environmental racism that we have no idea about,” explains Waldron.

“So not only are we trying to replicate this map all across the country so that we can start mapping how environmental racism is affecting communities all around the country,” says Charles, “but we are also trying to use it to better understand the issue.” Such mapping, he adds, creates a clear picture of the data. “And you can see what the trends are. So, we're trying to make sure that if there are issues that are going to come up in the next decade, we are ahead of them, and we're tracking them.”

“I would say, the coalition is almost like an extension of the ENRICH project in many ways,” says Waldron. “It's just across the country now. Issues of health disparities, polluting industries, disproportionate impacts of climate change. Those are issues that the [ENRICH] project has focused on over the past few years. And I would say that this is an expanded version of that.”

Green is not White

“Labour has a real role to play because unions have unique access, through our role in worker advocacy, to effect change,” says Christopher Wilson, 1st vice-president of the Canadian Chapter of the Coalition of Black Trade Unionists (CBTU Canada), which has joined the environmental coalition. (The Canadian Union of Public Employees has also signed on.)

“What we're hoping is that by joining this national coalition, we can build upon the work that we'd started by integrating other voices from across the country and sharing what we've done, but also learning from other coalition partners and having that help inform the work that we do moving forward,” he notes. 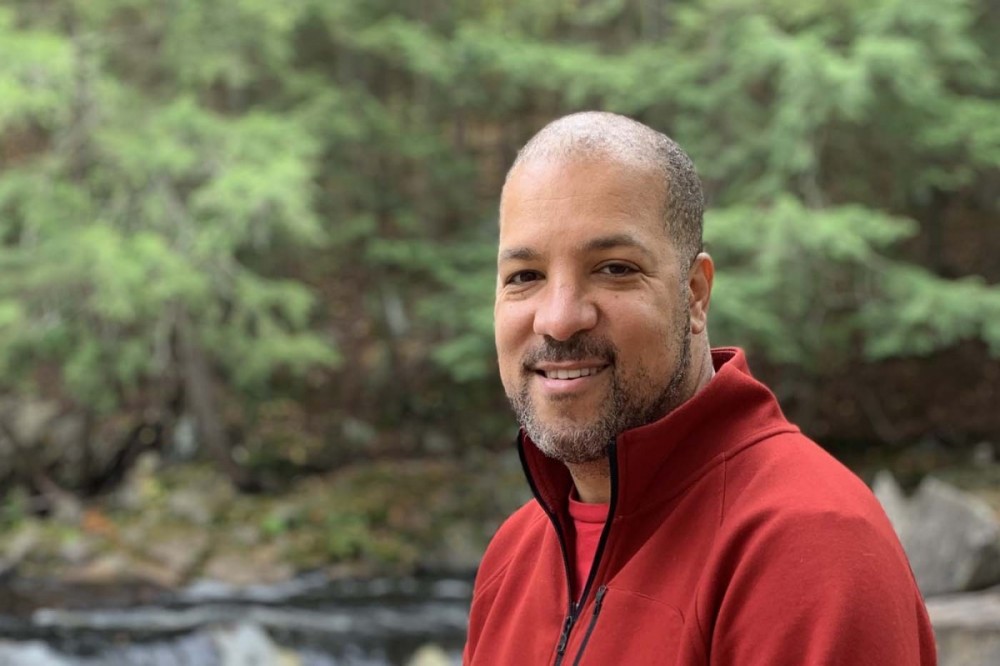 “Labour has a real role to play because unions have unique access, through our role in worker advocacy, to effect change,” says Christopher Wilson. PHOTOGRAPH: SHERRILL ROBINSON-WILSON

Years before joining the coalition, CBTU began engaging activists and bringing together research on environmental racism using #EnvRacismCBTUACW on Twitter. The tag has aggregated material on the subject like a kind of crowd-sources library. According to Wilson, hundreds of articles have been gathered.

“We've been working for several years now, with the objective of engaging trade unionists, within different unions, in the struggle to confront environmental racism, within our workplaces, communities, and society more broadly,” says Wilson.

He believes labour has much to offer, “in terms of worker advocacy, in greening those workplaces and reducing greenhouse gas emissions and slowing the pace of climate change.”  Wilson explains that through union organization and collective bargaining, workers can leverage their power to make their workplaces more environmentally friendly.

In 2018, Our Times covered Wilson and Jawara Gairey’s work on an environmental racism initiative they launched at the time in collaboration with CBTU Canada and York University’s Adapting Canadian Work and Workplaces to Respond to Climate Change (ACW) project.

Since then, CBTU, together with community and labour organizations, has facilitated a number of workshops on environmental racism. Using the slogan “Green is Not White,” CBTU’s work has emphasized the idea that Indigenous, Black and racialized communities must be engaged in environmental justice, and that the green sector must also include folks from these communities.

This aligns with Charles’ work on the BE Initiative. “When you increase the representation,” he says, “most of the time the consequences are that the sector becomes more diverse, and becomes more aware of the issues of diverse communities.” 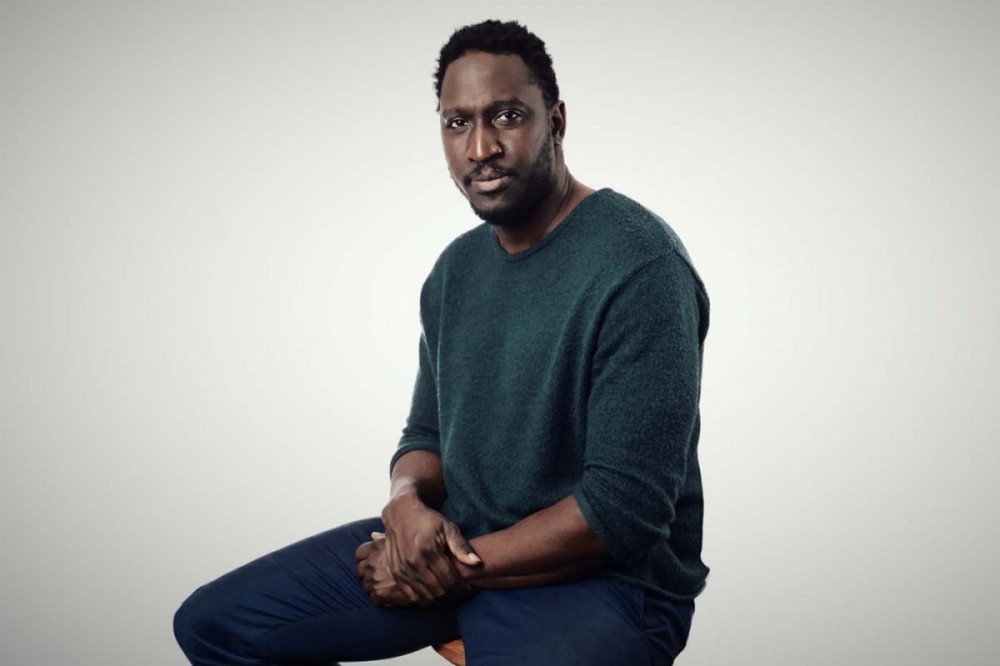 Charles tells Our Times he found it initially challenging to speak about race in the environmental sector, but less so in the last year, since the murder of George Floyd in Minnesota in May 2020 triggered what he and Wilson both describe as a racial “reckoning.”

With the coalition in place, the goal is to keep these concerns at the forefront of social and climate justice. “It's like a season, right?” says Charles, of the constantly churning cycle of collective interest. “Like we often have these seasons where we realize ‘Oh my God, racism.’ And then after that, we move to another season [and] we forget about it. But for the people that are being impacted by this issue, the issue is alive all that time. And that's why we as a coalition, we want to be there.

If you’re interested in supporting the coalition, you can make donations online, and learn more about the ENRICH Project and BE Initiative by visiting their websites.