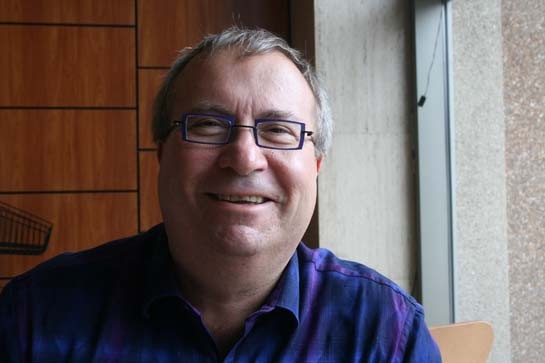 The last Webwork invested 1,300 words in one subject. Here's the yang to that yin. Let's call it Blackadder's random minimalist musings.

The security-and-appropriateness filters that Facebook deploys choke and overreact regularly in languages other than English.

At least five times a week (out of an average total of 42 regular posts) Facebook rejects a pre-set tweet on the French LabourStart Canada feed. Never once has there been a problem with the English feed.

The LabourStarters responsible for feeds in other European languages report similar problems to greater and lesser degrees.

Lesson? If Facebook posts are crucial, be sure and check they've made it out the door. Changing the spacing here and there sometimes does the trick.

Some of you, way too many of you, are still clustering your tweets. You know who you are. You get home from work and fire up your Windows box or start a break and out comes your phone.

Off goes a stream of tweets and posts. A flash flood really. Followed by a drought. Ten tweets or posts in 15 minutes, then nothing for hours or even a day.

I swear, I follow people whose work schedule I could detail just from their tweeting pattern.

Get Hootsuite or Tweetdeck or something similar. Anything. Please.

Space your tweets out into a steady stream, unless you're live-tweeting or posting something in real time. All the studies agree: bleach makes your whites whiter and on/off tweets cost you followers and attention.

Perhaps the best thing about using Hootsuite or something similar is that you're insulated from the posts and tweets of others. A real timesaver. And I mean really, it is all about me anyway.

Inevitably and painfully, there's now a term for using Twitter as the vehicle for an online effort to lobby a politician: twobby. Get past the twitching and cringing the term incites and you may find something useful in the tactic.

Here's some background to a British effort: A coalition of 60 organizations, The Care and Support Alliance, representing people with disabilities as well as older people, synchronized an online interactive lobby with a traditional meatspace rally they held at parliament.

Those who faced physical barriers to attending the rally could still participate in real time by tweeting questions to MPs about much-needed reforms to social care.

A few years ago when strikers at a Suzuki subsidiary in India were being shot on picket lines, there was a global effort to continuously post negative comments about Suzuki's "labour relations" (there's got to be a better term) on the corporation's Facebook page. Being global, those efforts continued, and were seen, 24/7.

Enough comments and a company might shut down its page entirely. If you're as old as I am that translates, in circa-1975 terms, to a company taking all its TV commercials off the air.

One of the best examples of how to use social media to remind people to do something (in this case vote in the last federal election) comes from UFCW Canada.

Take a peek at the campaign that urged people to send personalized "Vote" reminders to friends and family, complete with cute baby, and adapt it to your needs.

OUR RIGHTS ON RECORD

On yet another UFCW Canada note, the video of the year award goes to the member on a picket line in Regina who used their phone to record an attack by an employer on a picketer.

A more than honourable mention goes to the folks back at the union office who took that video and turned it into a major piece of the campaign puzzle.

From Australia comes this story about how a union-supplied smartphone app is making a huge difference in workers' lives. Lu Xu, a Mandarin-speaking official with the Australian Manufacturing Workers' Union, realized how vulnerable Chinese workers on visas are when it comes to bad bosses, in part because of language barriers.

So she launched a WeChat account for the union. (WeChat is a texting service used by almost 600 million people in China.)

Since it's private, bosses can't listen in, as they might on social media, to workers' conversations about their rights. And, best of all, it translates texts in real time between Mandarin and English.

Using it, the AMWU was able to help two workers document and recoup $14,000 owed to them by their employer.

Not really a web thing but most certainly techish and heartening is the story of an IBEW local in the U.S. and their use of drones to protect picket lines and defend workers from false employer claims about illegal activity.

You mean surveillance can be used for the public good?

Jen Hassum at the United Steelworkers national office is one of my favourite social media mavens. She recommends the CanRoots conference, so I do, too.

Truth to tell, if she recommended wading neck-deep into a bog as a step towards enlightenment, I'd wade.

Held from April 21-23 in Vancouver this year, the gathering of progressive political, grassroots, and labour organizers from across the country even had a Labour Caucus. They talked all about how to modernize labour organizing and mobilizing, as well as how to build tech infrastructure.

Just remember — it's an annual thing.

The Canadian Labour Congress is doing some good work in online education. Check out this intensive eight-week training program, designed especially for union members and activists under 30.

Also educative, Social Movement Technologies is a non-profit that offers solid training around online organizing strategies. How can you resist a course with a title like "Make Your Website an Organizing Powerhouse in 2016"? Pretty much anyone reading WebWork will want to take a gander.

The digital researchers at the Engine Room have provided a rundown of some online conferencing tools, with pros and cons listed for each.

They make special mention of those tools that work for larger numbers of participants (20+), plus they give open-source alternatives.

And the Engine Room is well aware that some organizations need options to keep them safe from surveillance. That would be us, folks.

Some good news about tech tools: the Thumbtack microphone for phones and MP3 players and such is now selling for $5.50. Turn pretty much everyone you know into a podcast reporter. Better yet, turn yourself into a RadioLabour reporter.

Benchmarking — crunching data to figure out if what you're doing by way of online organizing is actually working — is the one sure way to burn yourself out.

No one I know has managed to pull this kind of research together for unions, so we're forced to adapt the work that others have done.

Here's a sample of benchmarking and some advice from folks looking at the online fundraising of non-profits:.

And with that, we conclude Blackadder's random minimalist musings.

This article originally appeared in Spring 2016 of Our Times Magazine. Support our work by subscribing, advertising, or donating today!