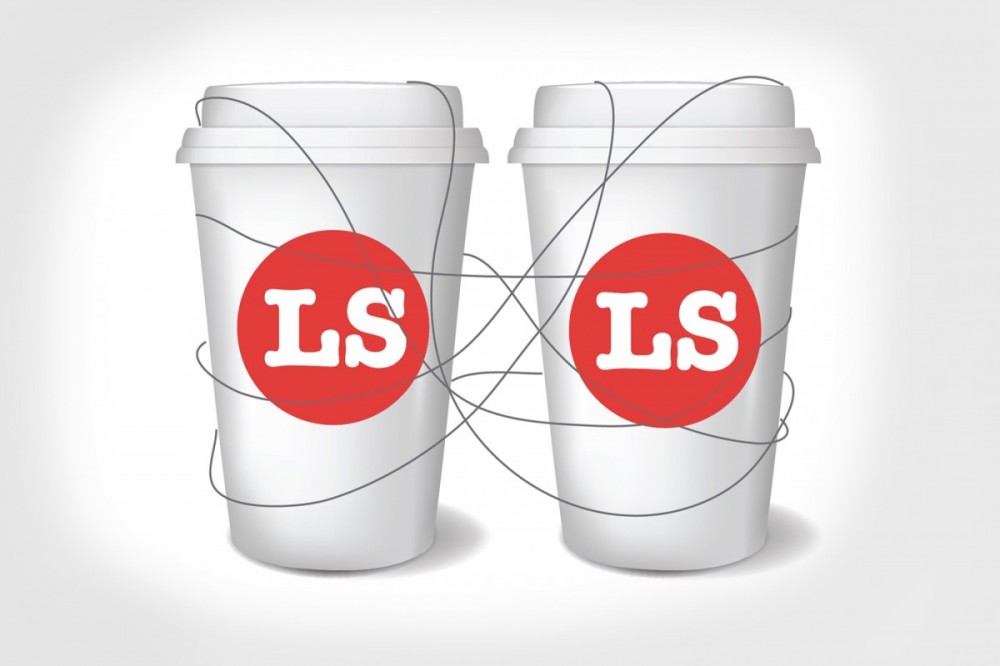 The combination of summertime and the psychological effect of having gotten my second jab has me looking forward to the end of all bad things associated with the pandemic. I am uncharacteristically optimistic about the extent to which the good things (by good things I mean useful reactions to said pandemic) will remain.

Online video conferencing is, generally, something I remain enthused about. Pre-retirement I spent a fair bit of time with small local unions in isolated bits of the country. Zoom-based arbitration hearings alone have the potential to save such locals tons of money and to make it easier for them to keep watch over their collective agreements.

In education, whole new vistas are opening up. Got a health-and-safety activist begging for some training, who lives in a location that can’t generate the numbers needed for a meatspace educational event? Zoom that activist into a session for folks already meeting in Vancouver or Moncton. Geographical equity comes to union education.

Bizarrely, what I hear is that one of the advantages of online video education is the difference in time zones. Got a late-rising activist in Port Union (North America’s only union-built town), over in Newfoundland and Labrador? Drop them into a workshop ‘in’ Whitehorse.

International solidarity or "exposure" trips for international solidarity committee members have been productive (those who go on them do great work during and after) but frustrating, as participation is limited by budget, and budgets are always tight. Why not take the whole committee on a virtual tour of the union yours is working with? Don’t think it can work? Like online solidarity work of all kinds, it may not work as well for the few who would have been privileged to make the meatspace connections pre-pandemic. But for the many who wouldn’t have had the opportunity, this may be the only chance they’ll ever get. Better yet, invite that Guatemalan healthcare worker or that South African autoworker to your next virtual conference, convention or committee meeting.

Because you have every WebWork ever published committed to memory, you know that I got my online start back in the pre-internet days of the 1980s. And that the key event for me, the day the light came on, that is, was when my union sent me off to a meeting of dial-up bulletin-board (don’t ask, it will just make me feel old) system operators. SysOps, as we used to say.

The digital transformations the pandemic is generating feel an awful lot like that innovative moment in 1988. 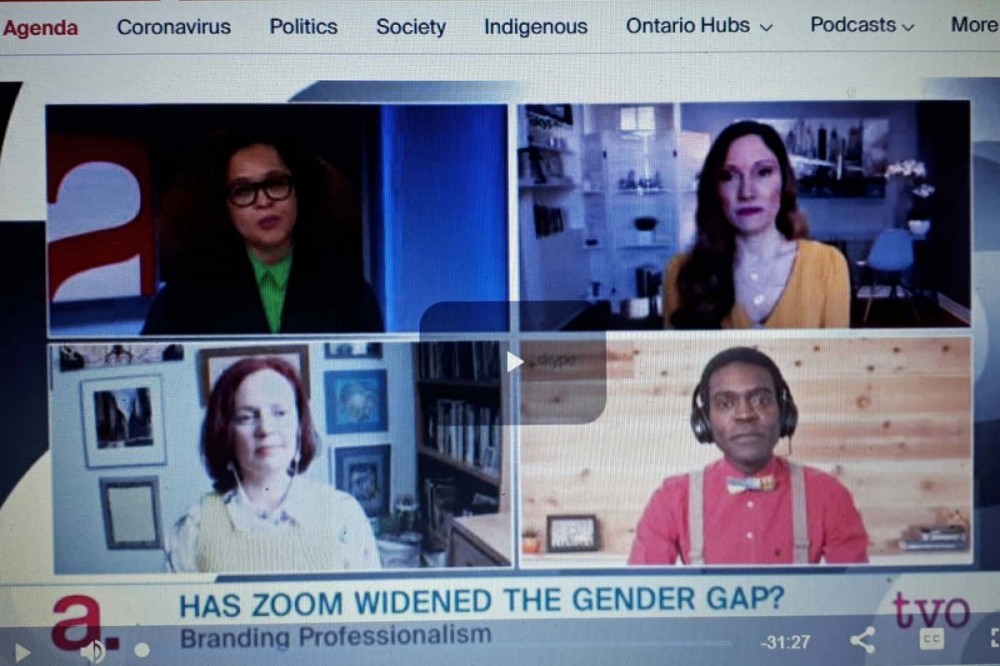 My enthusiasm is not unalloyed. The TV Ontario piece “Has Zoom Widened the Gender Gap?” is worth a long careful watch when you have a moment. Then have a think about how well your union’s lucky-enough-to-be-working-at-home contingent of the membership is doing and perhaps also about the demands being made of your staff and elected leadership.

MemberWise is an association of ‘voluntary sector’ organizations, including unions, in the UK. You can download a copy of their annual “Digital Excellence” report and then read all about how to improve member-focused digital strategy and activity, based on their number crunching of what worked and what didn’t for organizations who participated in the project.

The Global Labour Column is a service of the Global Labour University, which, as you might expect of an institution scattered around the world, puts more emphasis on workers’ digital issues than do most labour studies programs. As I write this, the most recent entry, “WhatsApp and workers: not a commercial issue,” looks at some of the big-picture issues associated with workers and unions using commercial social media.

More good news from elsewhere: the Spanish government has decided to give unions access to the algorithms that app-based companies like Deliveroo and Uber use to handle their workforces. Read all about it in “Spanish unions to get access to app algorithms to monitor workers’ rights.”

This at a time when, here and most everywhere else in the world, app-based companies are pushing their version of labour law reform.

As Newton first figured out, each action generates an equal and opposite reaction. Or something like that. Mebbe it was Marx, in a different way. Mention anything having to do with physics and I get foggy. My personal pandemic therapy included an attempt to come to grips with String Theory. I may never recover. Thanks are due to the Cobourg Public Library staff who kept the place safely going and made it possible for me to become doubtful that I, you, and pretty much everything, exist. 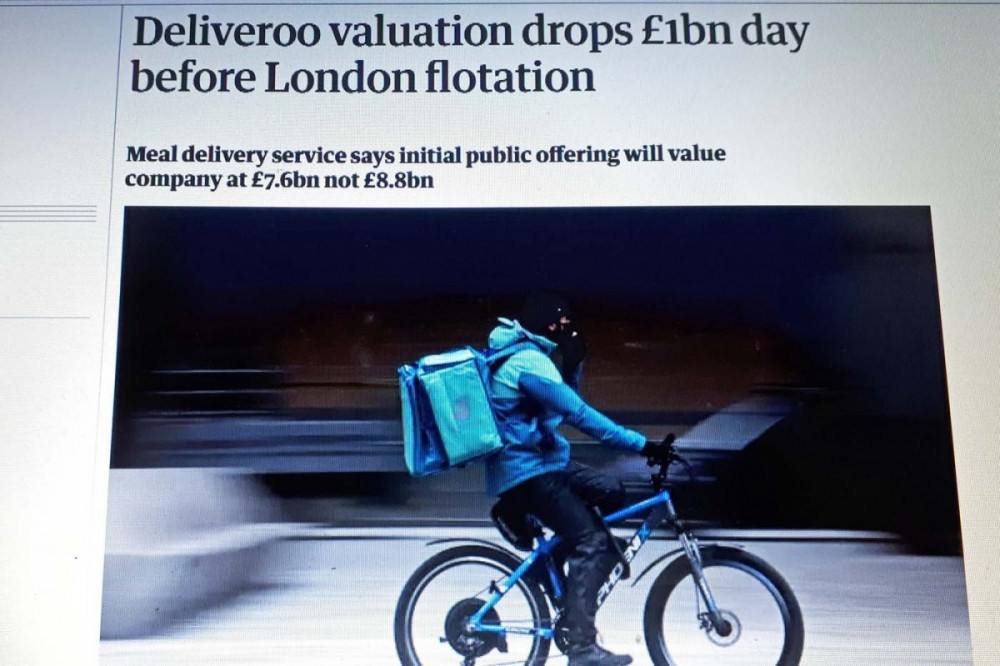 But if we do, and something like Newtonian physics is still a useful way to describe reality, the equal and opposite reaction to the app-based companies’ global push to change the rules is well and truly in play. In the lead-up to Deliveroo’s initial public offering (IPO), transport unions coordinated a strike in a dozen or so countries where the company operates. By reminding stock markets that Deliveroo has a lousy labour-rights reputation, the strike, timed to occur just prior to the IPO, appears to have knocked a good-sized hole in the company’s estimated worth.

By good-sized I mean a drop of $1.5 billion. That’s well over 10 per cent of the company’s predicted market capitalization. Zowee! Read all about it in The Guardian’s “Deliveroo valuation drops £1bn day before London flotation.”

Nerds Nose out the Nefarious

Hot on the heels of the nerds-only (as far I can tell) scandal over Microsoft 365’s Productivity Score feature that allowed employers to track and assess worker productivity (as defined by Microsoft) comes some useful paranoia about how employers can use Microsoft Teams in possibly nefarious ways. “I looked at all the ways Microsoft Teams tracks users and my head is spinning,” believe it or not, is one of the more reasoned assessments of those capabilities. Chris Matyszczyk’s article is scary enough without his own playful overstatement that Teams can provide an employer with a fashion assessment of a user. If that were true, and soon it may be, I am doubly glad to be retired. I took enough ribbing during my Hawaiian-shirt period from the people I worked with in meatspace.

Eric Lee of LabourStart fame has recently developed what he calls the Starbucks Theory of Online Action Appeals Frequency (STOAAF). Starbucks, if you don’t know, is famous in MBA circles for increasing total sales by situating its stores close to each other, in defiance of the conventional wisdom. Instead of eating into each other’s business, the stores boost total sales by increasing the brand’s exposure in a defined area.

At LabourStart, the last 12 months have been the busiest in our history.  Among other things we were, for extended periods of time, averaging two new online actions a week.

Conventional wisdom assumed that with two new appeals a week plus follow-ups on appeals sent in prior weeks, we’d see a sharp drop in participation. Instead, the reverse happened. Campaign exhaustion is not a thing, it seems. The pandemic may be responsible — many in LabourStart’s audience were spending work time at home, and that work time unnaturally expanded to fill all hours of their day, so conventional wisdom again would dictate that they had more time to read and respond to our mailings.

But Eric doesn’t think so. Instead, he believes repeated mailings looking for simple action on the recipient’s part get a person into the habit of participating. Changing the world becomes routine.

So don’t be shy: get campaigning.

Derek Blackadder is the coordinator for LabourStart in Canada and happy to Zoom into Toronto for meetings of the book club run by the Toronto Workers’ History Project.

This article originally appeared in Spring 2021 of Our Times Magazine. Support our work by subscribing, advertising, or donating today!