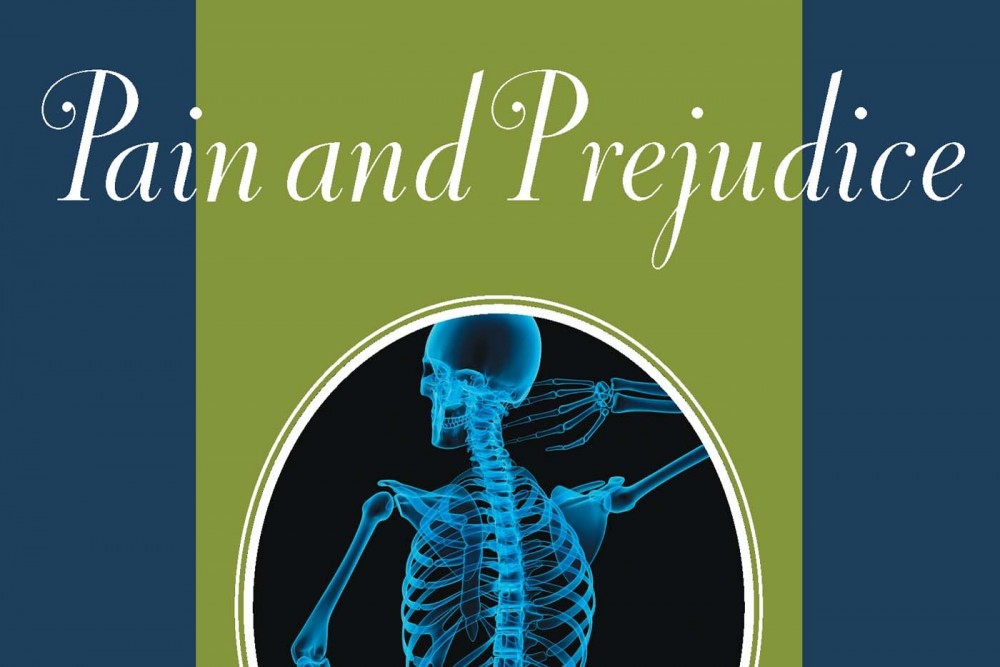 Author Karen Messing is an ergonomist, biologist and professor at the University of Quebec at Montreal (UQAM). She has spent almost 40 years doing research to protect workers' health. And she has done so by working directly with those affected: workers themselves. We have a lot to learn from her experiences. Thanks to her new book, Pain and Prejudice: What Science Can Learn about Work from the People Who Do It, we can. Messing shares her experiences as a community-based researcher, telling stories of her successes and failures in an engaging and easy-to-read manner.

I should confess that I'm an advocate and longtime activist for injured workers and workers with disabilities, and have been working with researchers like Messing for the past 15 years to advance this cause. As such, I can say right up front that I like Messing's work a lot.

I am also a strong advocate for community-based research, which begins with research topics relevant to communities (as opposed to individual scholars), and is collaborative and action-oriented. The results from this kind of research are useful to community members in making positive social change and in promoting social equity.

"Many researchers in occupational health never actually get the chance to talk to people suffering from work-related health problems they study," says Messing in her preface. "Their research keeps them in laboratories, far from the factory floor. But for the past 37 years, I have been lucky enough to be forced into direct contact with the world of work and made to see, hear, smell, and touch the environments that make workers sick."

"Every time I walk into a workplace, I learn something new," she says. "If you talk to people, you learn really important things."

In an interview with Our Times, Messing pointed to several reasons for researchers to engage with workers. They include: getting new ideas, identifying research questions and understanding the results, finding out about the reality at work, and identifying trends early. For example, she learned about the issue of precarious work 10 years before it became a "hot" topic of discussion.

It's important to understand that Messing's approach is not always welcome in the world of academia. Many universities do not encourage their researchers to engage with "research subjects" for fear that doing so might taint the research. The thinking is, if they get to know the workers and grow to like them, how can they be objective? And most universities follow the "publish or perish" rule with their professors. If researchers take the time to engage with people, they may have less time to write and publish their research findings.

Messing's book helped me understand the constraints researchers often face. For example, an ongoing challenge for me, in my work with researchers, has been their reluctance to "go public." And that is exactly what we advocates want them to do, to draw attention to the suffering of injured workers and workers with disabilities.

"I learned at school that I should never express certainty," writes Messing. Scientific certainty is set at 95 per cent. That is, for an injury or disease to be considered work-related, the researcher must show that there is more than a 95 per cent chance that the injury or disease is due to work. That's a very high standard. "If the scientist has a 10 per cent chance of being wrong — still a pretty small chance — by convention s/he is supposed to say there is no link between health and condition." Thus, writes Messing, "the cards are stacked against the workers."

Messing still feels reluctant, at times, to go public. For example, she told me how upset she was last year after hearing a segment from the CBC's Sunday Edition titled "Sitting is the New Smoking." Host Michael Enright's guest, Nilofer Merchant, was advocating that workers shouldn't sit down at work because standing burned more calories.

Messing had done considerable research with workers who have to stand all day, such as bank tellers, store clerks and supermarket cashiers. She had documented the negative impacts on their health, and had published a number of scientific articles on the subject. Still, she told me, "even though I was really upset, I was reluctant to respond publicly. It isn't normally done in academia. It was only knowing I had strong scientific evidence from my research that allowed me to go public." And she did. She wrote a letter to Enright, which was read on air.

Another part of Pain and Prejudice that I found particularly interesting was the recurring theme of the "empathy gap." Although the concept is not new to me (I believe vested interests play a major role in how we view the world), I hadn't heard it described this way. Messing writes of her earlier years, "I am not the daughter of workers and had little understanding or interest in workers' lives. When I became a waitress while in school, I learned many new things."

Messing says she also experienced an "empathy gap" when she failed to give weight to the health and safety concerns of her students, failing to recognize the hazards to which they were exposed in her lab. However, she writes, the students never let up and insisted on being heard. "Now, 30 years later, thanks to those stubborn students and people like them, health and safety training, industrial hygiene procedures and thoughtful waste disposal are standard at UQAM."

Throughout the book, Messing shows how employers are often blind to the hazards their workers are facing. And even when presented with scientific evidence, they often don't address the problems.

While an empathy gap may seem to be an individual phenomenon (and it often is), Messing shows how it is also built into our structures in academia, science and labour relations. I often think that power, control and money blind people to others' hardships, including health hazards, and this becomes very pronounced in the workplace environment.

People in management positions have blinders on that allow them to live their lives, do their jobs, and not look too closely at the suffering they are causing. If they become too concerned with that suffering, they may get fired from their job or suffer a mental health breakdown.

I often hear of workers' compensation board staffers crying on the job because they are "forced" to deny workers their rightful benefits. If they refuse to follow management's directive, usually someone else will. This leads me to believe that the systems and the power structures are to blame — more so than the individual.

This is not to say that individuals have no responsibility. They do, and they should exercise it more often. And that's the challenge we are left with. How can we support each other to make our society, public institutions and workplaces safer and healthier?

In her book, Messing cites examples of how research can be used to improve the lives of working people. These examples seem to have one thing in common: a partnership between researchers, workers and, where applicable, their union, leads to the greatest success.

Over the course of her career, Messing has learned just how important it is to build strong partnerships, to gather institutional support, and to respect workers and their unions.

As an example of a successful partnership, Messing told me how staff at UQAM negotiated an agreement that created long-term collaborations between unions, women's groups and community groups, by paying professors to research topics suggested by these groups.

Co-ordinators were hired to build the links with community groups. The co-ordinators made sure both sides understood each other and kept things moving. This is important, because workers and researchers live in different worlds, and having people and processes designed to bridge that gap is one of the keys to success. For example, while workers often have immediate concerns about their health, researchers often need years to access the money to complete their research. Both need to understand each other.

In her book, Messing points out that many decisions about workers' health in the workplace are not based on science but on vested interests. Often, the strength, determination and ability of workers and their unions are what successfully reduce the hazards employees face at work. Researchers can play a valuable role in the process by validating the experiences of individual workers, uncovering how other workers experience the same conditions, detailing the hazards at work, and helping to identify solutions.

Messing describes the international research she did with cleaners — from cleaners of public trains in Paris to cleaners of hotel rooms in Montreal. The hotel-room cleaners experienced a high rate of musculoskeletal injuries. Management was apt to undervalue the intelligence of the workers doing the job.

Messing was able to communicate effectively with the workers, showing she really cared about them. She respected them and validated their concerns about their health. This gave the workers more confidence. In the next round of contract negotiations, the cleaners put their health and safety and work organization on the table and went on strike to back up their demands. The strike was successful in that workloads were reduced.

There are still a number of outstanding, unresolved OHS (occupational health and safety) issues, but each step forward is a victory, especially in the current environment.

"Some of the advantages of recognizing the expertise of workers," she told Our Times, "are that they become stronger in the belief that their health is at risk. They are more apt to become engaged in looking at the design and organization of work with an eye to reducing risks."

Universities and funding institutions are often not supportive of community-engaged scholarship. Most research funding is short-term and inconsistent, so developing and sustaining long-term relationships is challenging. Universities rarely reward their staff for community-based research. Much of Messing's success (and here I must say she clearly lets us know that she is only one of a number of collaborators, and she generously gives credit to many of her colleagues) is linked to the agreement at UQAM to work closely with community groups and to commit resources to this program.

"I hope that scientists will come to understand that community-based science yields important information that is not available through other types of research," Messing concludes in Pain and Prejudice. And, she adds, "I hope that workers will recognize that they have a right to insist on respect for their knowledge and efforts."

I loved this book. It's about science and how it interacts with policy and practice in the workplace. It's about what community-based research contributes to the science of worker health protection. I highly recommend it to anyone interested in occupational health and safety, science and academia, and the protection of workers.

Steve Mantis is an advocate for injured workers and people with disabilities. He co-founded both the Ontario Network of Injured Workers and the Canadian Injured Workers Alliance. He is the community lead for the Research Action Alliance on the Consequences of Work Injury (RAACWI). He lost his left arm in an industrial accident in 1978.

This article originally appeared in Summer 2015 of Our Times Magazine. Support our work by subscribing today!