Of Blind Spots and Brown Faces

Race and Class in the Running 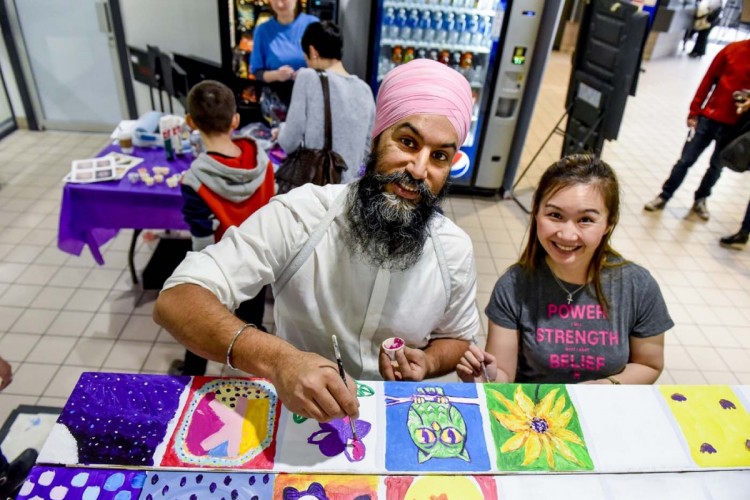 “I have always acknowledged that I come from a place of privilege, but I now need to acknowledge that comes with a massive blind spot.” As we all know by now, that’s what Justin Trudeau said the day after Time magazine posted a story (with photos) about him frolicking around in brownface (and brown limbs) and an Aladdin costume when he was a 29-year-old teacher at a private school.

Volumes have been already been written about brownface and blackface. Please read those volumes. Whether any of what has been said will register, past the white noise of election messaging, is anyone’s guess.

I want to talk about the toxic cocktail of race and privilege within the context of a federal election in which one of the major parties is running with a racialized leader who wears a turban. Jagmeet Singh’s very existence on the campaign trail is a constant reminder of the people who are most likely to have been offended, insulted, hurt and just all-around annoyed by Trudeau’s behaviour. People like me.

I’m younger than the prime minister and my family never lived at 24 Sussex Drive. I didn’t attend a private school or teach at one. The Aga Khan was not known to my father. My mother didn’t know Mick Jagger. I have my own privileges but, luckily, they didn’t come early enough to entirely inoculate me from the realities of life. As a brown woman, it didn’t occur to me to try blackface, or to buy a fake ceremonial First Nations headdress to wear to a music festival (another popular action of the clueless and privileged, apparently).

I don’t want to argue about whether Trudeau wearing facepaint is racist or not — it is. Even he agrees it is, by the standards that he sets himself *now.* If he’d had less privilege growing up, maybe he’d have known better.

Our collective sense of a racist is the guy who tries to drive over racialized families in parking lots, yells obscenities at hijab-wearing women on public transit, or throws trailer hitches at Indigenous women — true stories, all of them. Trudeau’s not that, so, collectively, we are eager to give him a pass. But clearly, he was capable of racist action.

It’s not just that he was a young white dude. As he himself said, his blind spot came from his own immense privilege. So, his excuse for his vile behaviour was basically that he had affluenza — a disorder that, among other things, causes your wealth and privilege to distort your sense of reality.

Trudeau implies that he’s grown out of his racism and he may well have. But the question remains: what other blind spots has his immense privilege left him with? Is this why he didn’t think it would be problematic for a sitting prime minister to accept a free vacation to a private island in the Bahamas? Is this why he was so willing to disregard the consensus that emerged in Canada around the need for electoral reform? Is this why he was willing to overlook the massive ethical lapses of the corporate giant SNC-Lavalin?

This conversation might have started and ended with Trudeau’s incalculable stupidity in appearing in brownface and blackface 18 years ago. But, to me, Trudeau’s actions then say so much about his approach to the world, and the positions he feels entitled to take today. Our experiences colour our actions. Trudeau’s upbringing and his extreme wealth clearly make it hard for him to understand the boundaries of ethical action and behaviour.

RACE HAS ALWAYS BEEN A SUBTEXT

So here we are in the middle of a heated federal election. Someday, perhaps this campaign will be analyzed as “Before Brownface” and “After Brownface.” Before Brownface, race was a subtext in the campaign. Jagmeet Singh’s very candidacy in this election, as the leader of the federal NDP, made it a live and wiggling subtext. Jagmeet Singh has been continually followed around by variations on the question of whether white Canada is ready for a racialized leader. Is Quebec ready to elect a leader who wears a turban? Are rural voters able to identify with such an “urban” man? Will white, working-class Canadians in hard-scrabble industrial ridings go to the Conservatives rather than vote for the party that traditionally supports them because Jagmeet Singh (born in Scarborough, Ontario) seems so “foreign” to them?

Before Brownface, the theme always seemed to be that *we* (whoever that is) are enlightened and wouldn’t ever not vote for Jagmeet Singh and the NDP, because we’re not racist like that. But we’re afraid that lots of other Canadian voters are exactly that racist.

We don’t know what the ongoing conversation will be After Brownface. But here are two things I see now: Trudeau’s racist moments may be 18 years in the past, but the reaction to them in the mainstream media demonstrates the extent of deeply embedded racism in all of our present. The unwillingness to acknowledge that his actions  — and their reappearance now and in such a public manner — cause hurt and pain, is racist.

White people urging racialized folks to forgive it and move on, because Scheer is that much worse? Yes, racist. The burden of expectation placed on Jagmeet Singh to speak for all racialized Canadians? Super racist. The careful calibration, by commentators and so many others, of Singh’s responses — is his reaction over the top? Is he demanding too much? Is he taking up too much space? Is he politicizing this? Is he pretending to be offended to cash in on his identity? These questions, discussed in the media, are all so racist that they leave me breathless. The fact that Singh has met, and more than matched, all these expectations with authenticity and grace doesn’t make them less racist, by the way.

But also, After Brownface, this election should be about whether Justin Trudeau and the Liberals get it. And so far, based on the evidence, they don’t. They talk about the middle-class and those aspiring to join it till my ears bleed. But when it comes down to evidence about walking that talk, they are lacking. 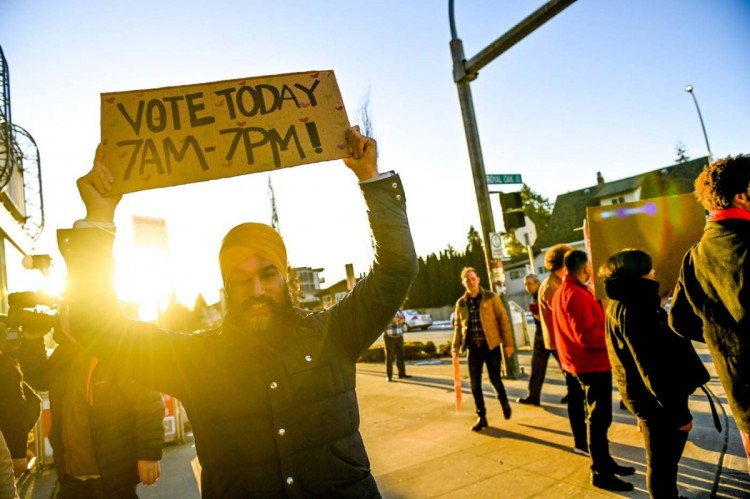 THE LIBERALS ARE NOT IN IT FOR YOU OR ME

Maybe because it’s not just Trudeau who comes to the Liberal party insulated from reality by unbelievable wealth and privilege. Let’s not forget his right-hand man, Minister of Finance Bill Morneau, who owns so many residences that he forgot to declare a villa in France. I don’t know about you, but I would remember if my family owned any part of a villa in Provence. Then there’s Dominic LeBlanc, a close personal friend of Trudeau’s who is also so close with the Irvings who run New Brunswick that they flew him up to Montreal on their private plane for medical treatment. Again, it’s not the medical treatment part that bothers me — it’s that the son of a former Governor-General, a current Minister, avowed buddy of the prime minister, is also such close friends with the richest and most powerful family in his home province.

The Liberals are not in it for you or me. This national conversation may have begun with race, but it sheds a lot of light on the attitudes of the rich and powerful to not just those who are “other” because of their race but those who are “other” because they are poor, or vulnerable, or preyed upon by unscrupulous employers. Trudeau and his ilk have never had to care about soaring rents, job security or the costs of medication and dental care. They never struggled to pay tuition or worked overtime to make rent. Justin Trudeau knows as much about the struggles of ordinary people as his face-painted Aladdin knew about life in the Middle East.

Canada, don’t fall for Trudeau, in facepaint or out of it. Instead, consider the politics and policies of Jagmeet Singh: an actual brown man who wears an actual turban, yes, but also someone who is shaped by struggle and persistence. It’s time for us to see the Liberal party clearly for what it is — a party of corporate hacks and their apologists — and consider the NDP: not perfect but certainly more in tune with the lives and struggles of the rest of us.

Archana Rampure is a trade unionist living in Ottawa.