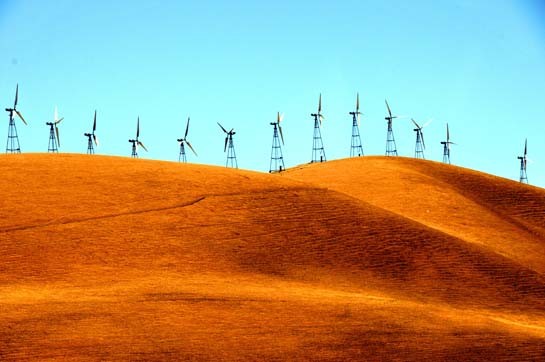 For the first time in over a decade, Canada has a government that is not ideologically opposed to even talking about climate change. Instead of criminalizing environmentalists, muzzling scientists and actively lobbying on behalf of the oil industry, Trudeau has promised a new age of cooperation.

Before the election, he committed to developing a national climate strategy by the end of 2016. Last March, all 13 provincial and territorial leaders met in Vancouver to develop that framework.

As the next step, Trudeau has promised to hold countrywide consultations to give people input into the development of the strategy. This is the perfect moment for the labour movement to lead the fight for a solution that tackles unemployment and catastrophic climate change.

By tackling inequity and creating good, unionized jobs, a climate strategy could represent a giant leap forward for the labour movement — but only if we force politicians to act.

A national climate strategy holds incredible potential for the labour movement. That's why the Canadian Labour Congress teamed up with a number of environmental organizations and First Nations to deliver a proposal to the prime minister in advance of the Vancouver meeting. The proposal, called "One Million Climate Jobs," presents a plan to address poverty and tackle climate change by creating jobs.

The plan calls for an $80.9 billion investment over five years in renewable energy, green building, energy efficiency and public transit. While that figure seems high, it amounts to a five per cent increase in the federal budget. Plus, it would create over one million good jobs in five years. A national climate strategy could be the perfect tool to reduce inequality and unemployment.

Yet most premiers are still intent on developing fossil fuel projects and Trudeau still trumpets pipelines. While in opposition, he criticized Harper for not doing enough to push the Canada-U.S. Keystone XL pipeline, construction of which, according to NASA climate scientist Jim Hanson, would mean "game over" for the climate. 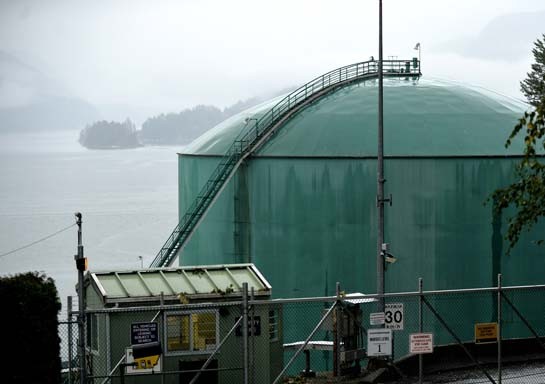 Then last April, the National Post revealed that Trudeau had ordered staff to develop plans to make sure Canada's two most controversial pipelines become a reality: Energy East and Northern Gateway.

Energy East would transport over one million barrels a day of Alberta crude to New Brunswick, primarily for export. Northern Gateway plans to twin an existing pipeline to pump an additional 590,000 barrels a day to Burnaby, BC, for export.

Together, both threaten hundreds of small towns and First Nations communities, and over 1,000 water ways — including much of BC's south coast.

In May, Canada experienced one of the worst natural disasters our country has ever seen. The devastating wild fire tore through Fort McMurray, displacing over 100,000 people and destroying much of Northern Alberta. While it is impossible to directly link a specific fire to climate change, a warming planet means extreme fires will become more likely and even more severe.

The science is crystal clear. If we want to avoid the worst impacts of climate change then we need to limit global temperature rise to 1.5 degrees Celsius. That is the upper limit of survival for millions of people around the world.

For Canada, that means unequivocally rejecting all new pipelines. It's impossible to reduce emissions if Canada is still expanding its extraction of the most polluting oil on the planet.

A number of recent reports, including a landmark study by a global team of researchers at Stanford University, have demonstrated that Canada could switch to renewables by 2030. Indeed, renewable energy sources are already powerful and efficient enough to be a viable alternative.

Environmental groups and the Canadian Labour Congress have called for an end to fossil fuels by 2050. The extra 20 years provides a realistic timeline that also allows Canada to retrain workers as it gradually shuts down all oil, coal and natural gas projects. 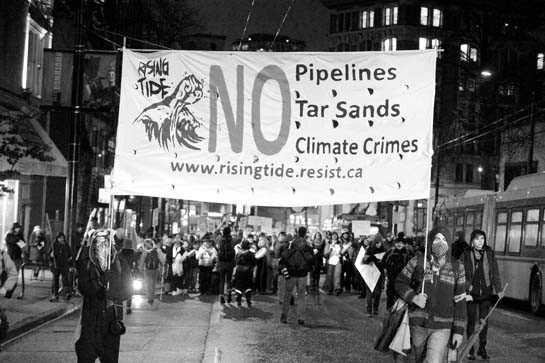 It's time to start that transition. More than 100,000 people have lost their jobs since the oil industry's downturn in late 2014. Building new pipelines will do little to fix that. Oil prices are stuck at their lowest point in almost 30 years and show no signs of recovery in the near future.

At the same time, renewable energy continues to grow. Wind and solar are the fastest-growing sources of energy in the world. The International Energy Agency estimates that renewables will make up 26 per cent of global energy production by 2020.

With an abundance of wind, solar, geothermal and tidal sources, Canada is well-equipped to harness that growth. What's more, investing in renewables creates three times more jobs than investing in fossil fuel.

WORKERS CAN LEAD THE TRANSITION

The rate of unionization of all workers has been falling for decades. In 1982, it was 38 per cent. In 2014, it reached an historic low of 28 per cent. That downward trend will continue unless unions find ways to organize new sectors of workers.

The last couple of years have seen innovative campaigns to organize fast food workers, janitors, and online media workers. Yet, few unions have considered the potential growth from the renewable energy sector.

Instead of chasing an industry in decline, Canada could eliminate the $2.7 billion in annual subsidies to the oil sands, and invest in training workers for new industries. In fact, that's already happening, it just needs to be scaled up.

Iron and Earth, a non-profit organization led by oil sands workers, plans to retrain over 1,000 oil and gas electricians in solar installation within three years. By investing in the sectors of the economy that are already low-carbon and that provide a public good, Canada can create good union jobs.

One thing is certain: if left to politicians, the climate strategy will fall short of what we need. It will lack emissions targets that offer any meaningful chance to avoid runaway climate change.

Perhaps even worse, it will forego opportunities to transition our economy away from corporate greed to one of greater equality.

It's time to put the decision into the hands of workers. Over the next several months, MPs will be holding consultations and seeking input from constituents. Unions, locals and labour councils can turn the climate strategy into a nation-wide demand to put an end to precarious work and rampant unemployment.

Labour activists from coast to coast to coast can lead the transition away from fossil fuels and towards good green jobs that will reduce inequality and, at the same time, increase the power of the labour movement.

This article originally appeared in Summer 2016 of Our Times Magazine. Support our work by subscribing, advertising, or donating today!