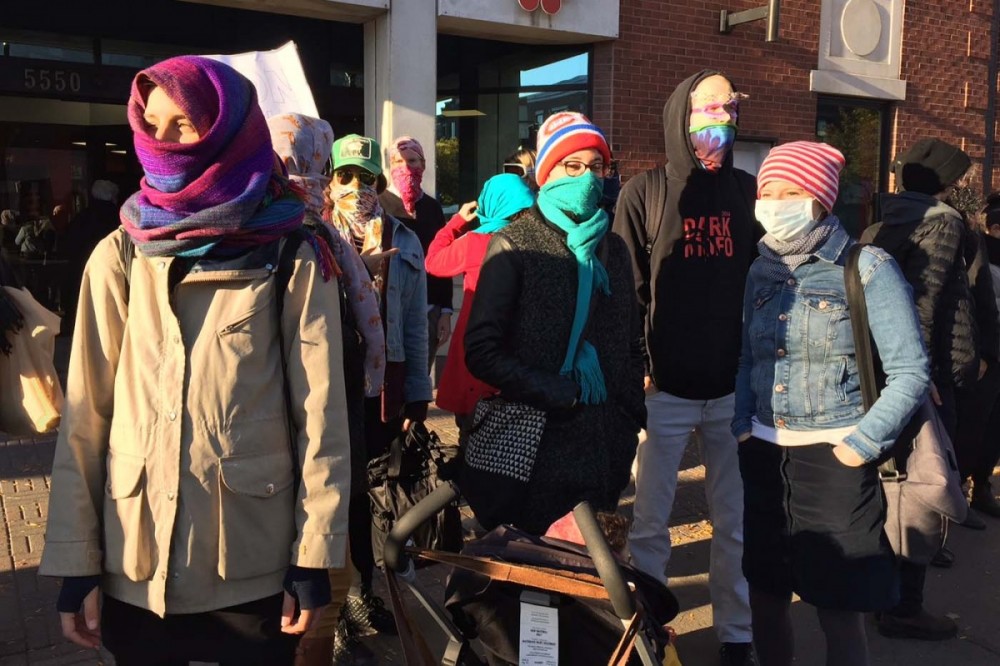 About 100 protesters gathered on Park Avenue in Montreal on October 20, 2017 to denounce Bill 62, the legislation that requires people to show their faces while using or providing a government-funded service. PHOTOGRAPH: EMER O’TOOLE

My family spent years in Saudi Arabia when I was a kid. My mother — and all the other women we knew, most of whom were not Saudi — had to wear big black burkas and headscarves. By the time I was 10, I did too. We all hated this, Muslim or not, observant or not. Pretty much all the women I knew hated these extra layers, and they hated the fact that they had no choice but to wear these things. If you didn't wear them, religious police with long staves would tap you on the shoulder and yell at you, and if you still didn't cover up, they would threaten to beat you (or the men you were with).

It is no more acceptable for women in Quebec to be punished (because to deny people public services is actually to punish them with economic sanctions) based on what they are wearing than it is for Saudi Arabia to punish women for what they are not wearing.

Human rights do exist in Canada and in Quebec. And, by definition, human rights are absolute — they do not extend only to people like us, or people who agree with us. The test of human rights is actually when we are forced to confront the humanity of people who are most unlike us.

No vote in the National Assembly or in the House of Commons can abrogate human rights. The rights of minorities are not determined by the wishes of the majority. I happen to believe that Quebec's Premier Philippe Couillard is wrong when he says there is a consensus in Quebec and in Canada that the transaction of public services has to happen with "open faces." But even if he were right, even if vast majorities of people in Quebec and Canada support Bill 62, it would still be illegitimate. 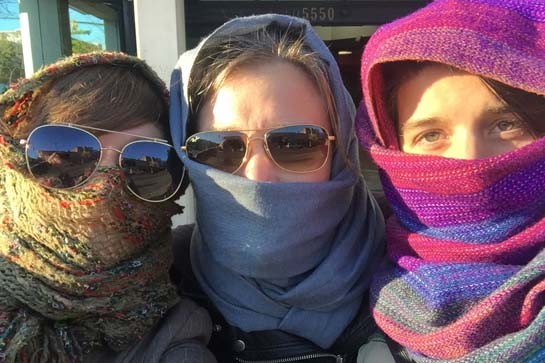 We are free here to believe in and to practise whatever religion, and to not believe in and not practice any religion. The right to public services is not dependent on religion — to have services depend on religion would be a throwback to the time when religious orders provided our services.

A PLEA TO MY QUEBEC COMRADES

I don't like a lot of things: jazz, country music, pasta, art by Rothko and horror films. But I would never, ever, ever suggest that people don't have the right to like any of these. I can and do like people who like jazz or eat pasta. These may seem like absurd comparisons but my point is that rights only become salient when they are challenged.

So, no one has to like niqabs or burkas or even headscarves. And Quebecers who don't like niqabs don't have to wear them. But they absolutely have to respect the rights of women to wear what they please.

Nothing justifies the use of law to try to coerce women into dressing in certain ways by taking away universal access to services. In a democracy, access to services is what makes us all equal. And by passing Bill 62, Quebec's National Assembly has said that some women in Quebec are not equal.

For a long time, progressives in the ROC (Rest of Canada, outside of Quebec) have been told that we have to make common cause with the left in Quebec, with the caveat that the question of the nation complicates the usual right-left split. That deference to Quebec has allowed for a strange elision of racism from any discussion of nationalism in Quebec and also on the left in Canada.

But on this question, there is no space for equivocation: the left in Quebec has to reject Bill 62 because the Bill is racist, and make common cause with the anti-racist left in the ROC. If Quebec wants the left in the rest of Canada to defend their minority rights, then Quebec needs to respect the rights of minorities within.

This article originally appeared in Fall 2017 of Our Times Magazine. Support our work by subscribing, advertising, or donating today!