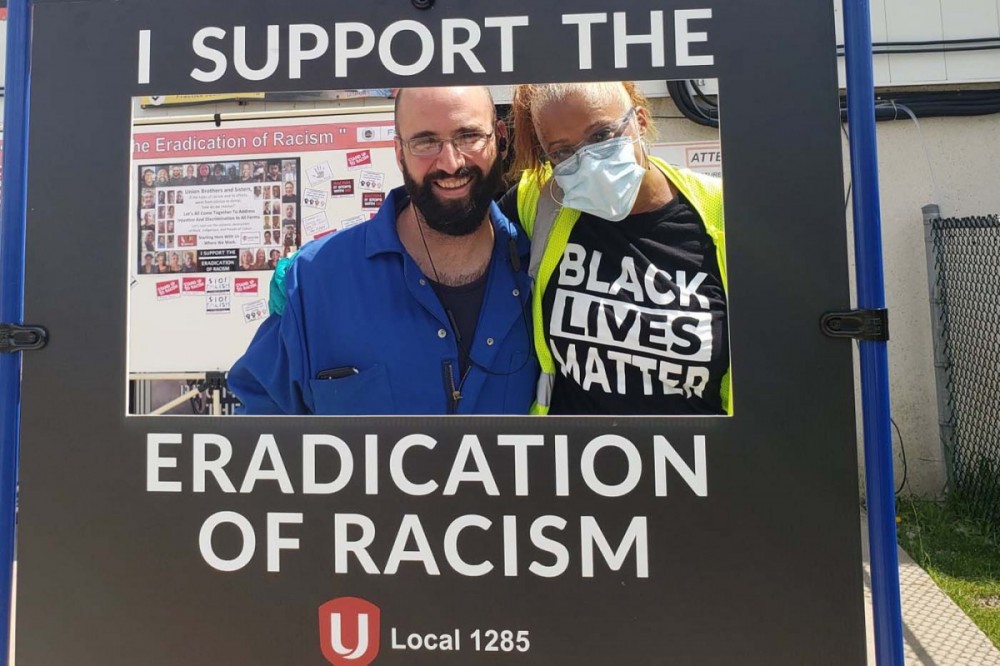 “Our needs are identical with labour’s needs — decent wages, fair working conditions, livable housing, old age security, health and welfare measures, conditions in which families can grow, have education for their children and respect in the community.”

The murder of George Floyd at the hands of Minneapolis police in May unleashed a wave of protests in the U.S., Canada and around the world, reigniting calls for action against police brutality and violence and furthering calls around tackling economic and racial inequality.

While racial justice advocates, Indigenous people and racialized communities have organized and brought attention to these issues for decades, the demand for change is growing, with massive mobilizations of activists, and voices on the streets, demanding justice for assaulted and murdered Black, Brown and Indigenous bodies. They are forcing many organizations to engage in difficult conversations, to reflect on their own histories as they pertain to racial inequities, and to review policies, re-affirm commitments and take meaningful actions against racism.

Labour unions have been no exception. In fact, there have been encouraging and inspiring instances of union and working-class solidarity with protestors. We have seen bus drivers in New York and Minneapolis refuse to work with the police by declining to use public buses to transport arrested protestors; Black Lives Matter committees form within unions; rallies organized by labour for fellow members who have been victims of police violence and racist attacks in the community; and unions engage in general work stoppages and economic disruption in solidarity with national protests.

These examples are especially important considering the overt historical racism and discrimination within the Canadian and U.S. labour movements. (In the 1920s, half of the American Federation of Labour’s labour affiliates barred Black people from joining.) These solidarity actions, however, demonstrate the power of labour in not being mere allies, but active (and necessary) collaborators and accomplices in the fight for racial justice.

While such initiatives are sometimes led by rank-and-file activists, some unions, including Unifor, are engaging as organizations in deeper work around anti-racism organizing, education and political action, investing the needed time and resources in recognition that a labour movement cannot achieve social and economic justice when racial inequities persist and divisions erode working-class unity.

It is difficult to engage in anti-racism and equity work if Indigenous and racialized voices and experiences are not being centred or if they are excluded from the table to begin with. Unifor recognized the urgent need to change how union structures and policies often directly or indirectly discourage or inhibit the greater involvement of Indigenous peoples or racialized workers at all levels of the union — from the local level, the bargaining table, to staff, to national leadership.

It was clear that the status quo was no longer viable and that in order for the labour movement to remain relevant amongst oppressed groups, it needed to not only reflect the diversity of our communities and workplaces, but to also harness the leadership, vision, ideas and power that Indigenous workers and workers of colour can provide when given the opportunity.

To help facilitate and inform this critical work, Unifor embarked on an ambitious Equity Audit project to gain a better understanding of the representational gaps that exist throughout the union and to collect the necessary data to inform the creation of a tangible, actionable, plan.

Over the course of nine months, starting in 2016, two Unifor equity-audit coordinators criss-crossed the country, surveying our membership and interviewing members of 470 local unions. These conversations culminated in a final report, “Building Solidarity in Diversity,” with a list of more than 40 action items targeted at key areas, including member and staff education, outreach, bargaining, internal policies and practices, and political advocacy. Unifor has committed to accomplishing these actions to ensure issues of equity are intertwined within all aspects of the union’s work. The progress of this work is currently being tracked and overseen by a National Equity Advisory Committee that convenes at least twice a year.

One of these equity audit coordinators was Christine Maclin, who went on to become Unifor’s first woman of colour human rights director. For her, the process of undertaking a union equity audit was both revelatory and critical. “The process really opened my eyes. I realized I didn’t even know the demographics of my own local. When I found out we never had a person of colour in a leadership role within the local, I knew I had to step up and run as vice-president. It was the only way to start opening up space for racialized people to become more involved in the union.” 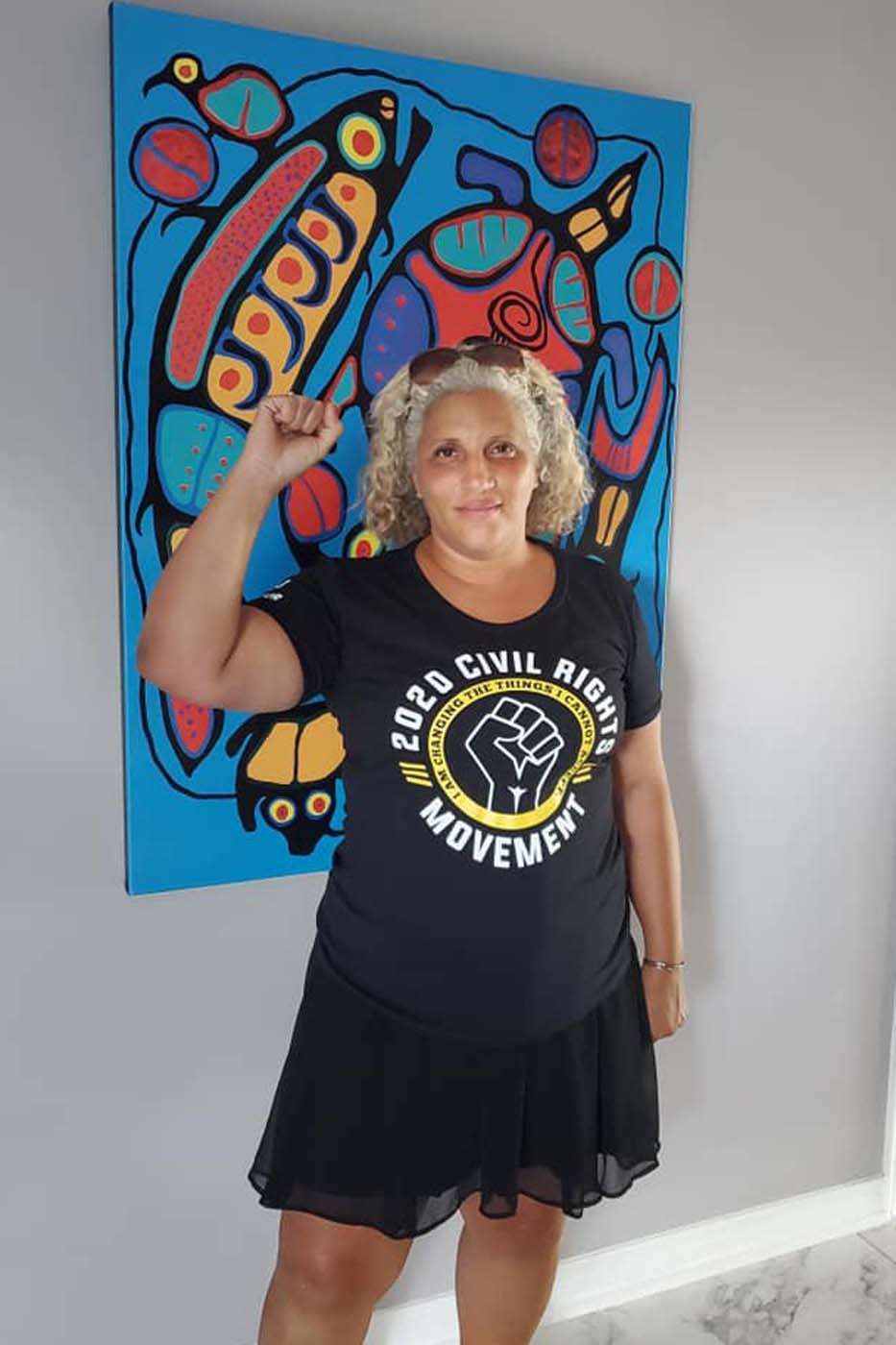 In the last three years since the equity audit was completed, Unifor’s work on racial justice has accelerated. Just for example, Unifor hosted a National Roundtable Discussion on Racism and Islamophobia, featuring prominent Indigenous and racial justice advocates such as Robyn Maynard, Erica Violet Lee and Nuzhat Jafri. The union has also supported and actively collaborated with the Migrant Rights Network’s national United Against Racism Campaign and other key migrant justice campaigns. We’ve used our national bargaining program and bargaining power to prioritize the call for employment equity, pay equity, and to negotiate Community Benefits Agreements to support local hiring of Indigenous and racialized workers. Unifor has also developed a mentorship program to support workers of colour in taking on leadership roles within the union.

For Christine Maclin, the work of ending systemic racism is intrinsically linked to the union’s work of fighting for working people. “Racism is a tool used by capitalism to divide workers so that the people at the top can amass greater profit and wealth. The fight for social and economic justice requires all of us working together and dismantling the systems that reinforce and reproduce inequality and exploitation — in our workplaces and our communities. The only force strong enough to accomplish this is working-class unity.”

Such analysis has been key in linking struggles and raising class-consciousness around the importance of eliminating systemic racism and discrimination and supporting racial justice movements. Walter Reuther, former United Auto Workers president and vocal civil rights supporter, stated during an address to the NAACP convention in 1957: “When the employer can divide you and pit white against black, American-born against foreign-born, he can divide and rule and exploit everyone.” However, the historical experiences of the UAW in this area also revealed important lessons: the critical need to combine political support and advocacy for civil rights at a national level, while also doing the necessary member-engagement and collective-bargaining work to eliminate disparities, eradicate racism and dismantle internal barriers that limit racialized workers’ participation in the union and their opportunities on the shop floor. 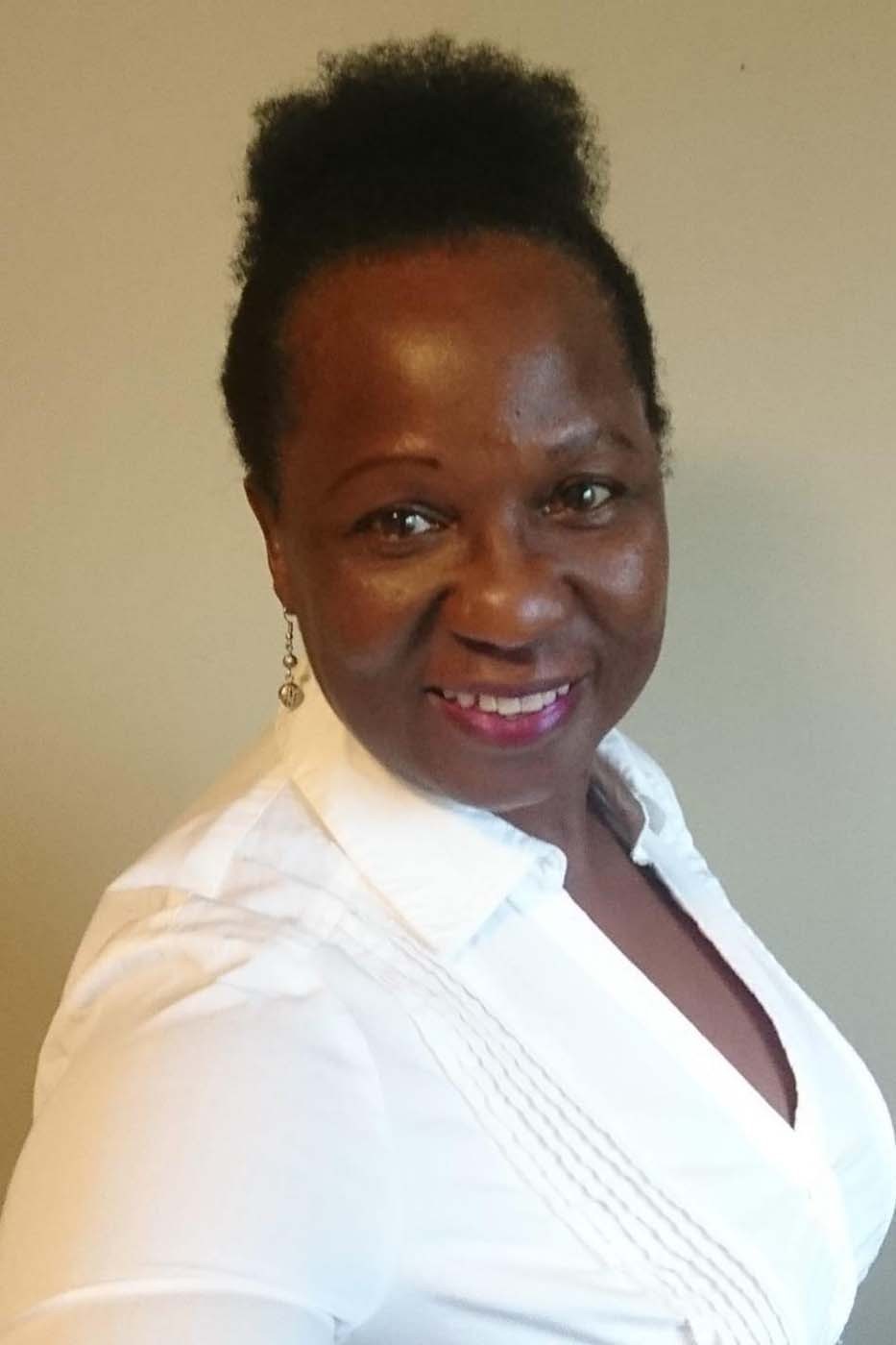 Hospitality worker Margaret Olal is a member of Unifor Local 3000, in Vancouver, and Chair of BC’s Regional Aboriginal and Workers of Colour Standing Committee. She has seen a shift in members willing to engage on this issue. “Since the death of George Floyd, I’m seeing more locals and members starting to open up and engage in discussions on issues of racism. This is creating opportunities for more people to get engaged with the union’s anti-racism work. People are fed up. The community is fed up. The world is changing and it’s time to change with it.”

Even a global pandemic was incapable of slowing this work down. In fact, the disproportionate impacts of COVID-19 on people of colour, combined with what seems to be an ever-growing list of Indigenous, Black and Brown people being assaulted and killed by law enforcement, only further reinforced the urgency of putting racial justice at the forefront of Unifor’s work.

• advocating that all levels of government collect race-based data to monitor the disproportionate impacts of COVID-19 on Indigenous and racialized people, especially those health care workers on the frontlines;

• developing member resources and materials around mental health supports and challenging racism, stigma and prejudice within a COVID-19 context;

• holding a series of webinars for white members looking to become racial justice allies, facilitated by the group Showing Up for Racial Justice (SURJ), and;

• adopting a national statement on ending systemic racism and redefining public safety in our communities. 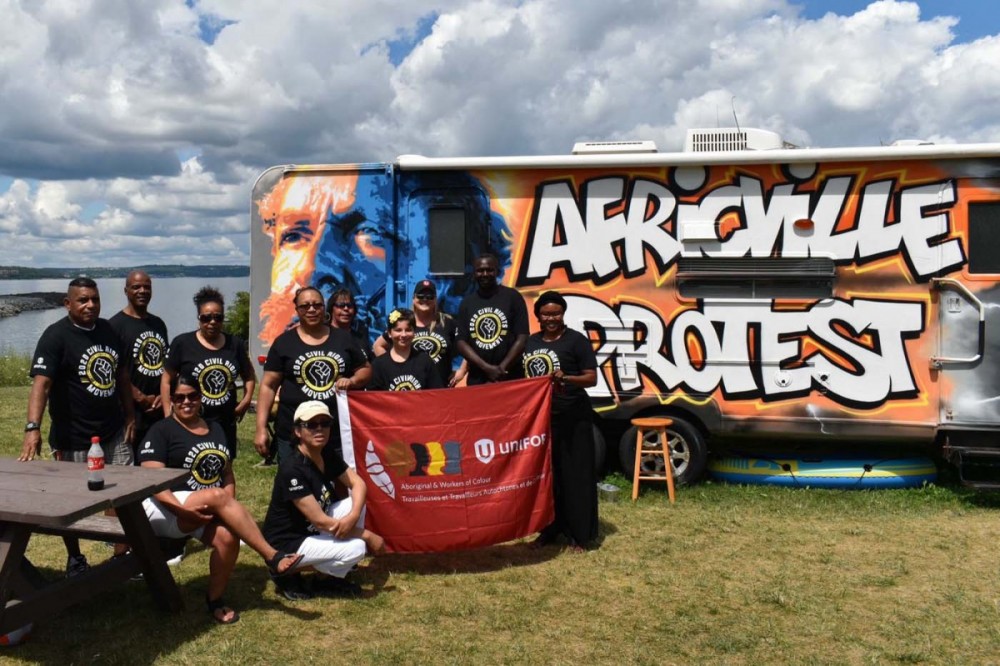 To mark Emancipation Day, Unifor also organized a National Day of Action on Racial Justice, which saw thousands of members across the country participating in actions online, in their workplaces and in their communities to echo demands for racial justice and equality. These actions included asking all provincial governments to officially recognize August 1 as Emancipation Day, to acknowledge Canada’s history of Black and Indigenous slavery, and to take action on dismantling systemic racism and economic inequality.

Providing members with opportunities to share their personal experiences of racism while engaging them and also supporting those looking to play a more active role in this national movement towards racial justice has been both transformative and critical — providing moments of reflection, hope and inspiration to see real change happen in our workplaces and communities.

As Christine notes, “My hope is that we start putting humanity first and start seeing each other as human beings. The survival of all of us depends on it.”

Navjeet Sidhu is a Unifor national representative working in the union’s research department. He is a member of Our Times’ advisory board as well as the Council of Canadians’ board.

This article originally appeared in Fall 2020 of Our Times Magazine. Support our work by subscribing, advertising, or donating today!