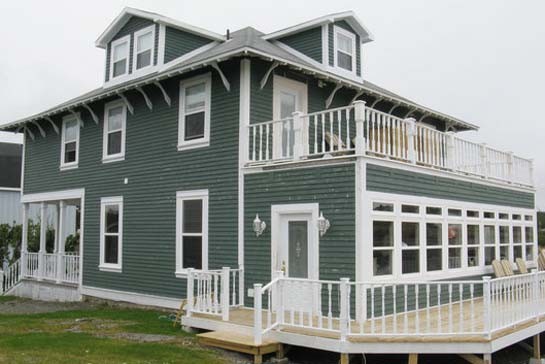 As I write this I'm sitting in the ironically named (today at least) sun room at Captain Blackmore's Bed & Breakfast in downtown Port Union, Newfoundland, the only union-built town in Canada. Rain is coming at the windows almost horizontally. All is right with the world, or at least I can pretend it is so long as the weather means I can't see the shuttered OCI fish-processing plant across the bay.

Closed plants and disappearing good jobs, or is it good jobs being converted into precarious jobs? The issues around fragmented precarious work supplied much of the inspiration for the Sanders campaign in the U.S. presidential whatever-it-is.

How's that for a segue?

A lot's been made of how the Sanders campaign used online resources to collect donations. Technology made it possible for large numbers of small donors to match and at times outclass (ha!) the huge donors Clinton has a lock on. As expected, the media focused on the money — how much each candidate got and how many people gave it.

MEETINGS FOR THOSE WHO CAN'T MEET

Less attention was paid to the ways in which the Sanders folks organized their supporters. But those are ways a local union, large or small, could easily adopt.

Take a look at this virtual union hall that saw workers from all over New York participate in a Sanders statewide strategy session via conference call.

Doing that kind of thing could help us get around the challenges we face in organizing workers who are coping with multiple jobs, responsibilities at home, and no free time.

In fact, what I keep hearing over beer — Quidi Vidi 1892, my new fave — is that members can't afford the time for meetings if attending one takes almost as long as commuting from one Tuesday job to another does.

The real challenge lies in maintaining online alternatives to physical meetings long enough for those alternatives to become established practice. It's too easy for the union to fall into the trap of priding itself on responding to individual calls rapidly, without providing an alternative to the conventional bums-on-seats-we're-all-in-the-room-together-talking meeting.

What helps is if you can secure a formal mandate from your union. The fine print should include a commitment to a formal trial period with built-in periodic evaluations so you can measure just how well your new online meetings are working.

Moving membership meetings, your major regular internal organizing activity, online can feel as though you're just adding to the already backbreaking workloads of activists, especially if you need to continue holding parallel meatspace meetings for a time. But formalizing the process may help make it manageable.

What can also save it all from devolving into chaos is finding someone outside the local union or committee or caucus who has some experience with a successful move online. Ask them to mentor you or facilitate the process.

Give it some thought. We're so busy dealing with the immediate consequences of increased precarity in the world of work that we don't get the time to think about precarity's downstream effects on our ability to organize in response and on a large scale.

GO WHERE YOUR MEMBERS ARE

Along the same lines as online meetings but more focused in their application are live videos that offer members the chance to post comments and questions while watching. You already know I'm talking about using Facebook, a platform almost everyone has access to and is familiar with these days.

There are lots of reasons for moving off the Bad Book and finding a quiet online corner in which to do your union work but, in this case, the principle applies: if you want to organize people you have to go where they are.

Here are some archived live video sessions that Médecins Sans Frontières (MSF) hosted on Facebook, one of them directly from an MSF migrant rescue ship in the Mediterranean. A pretty fab educational and organizing tool.

My current location in Port Union, Newfoundland, is the inspiration for my most recent great idea: walking tour apps and what, beyond walking tours, we can use them for. 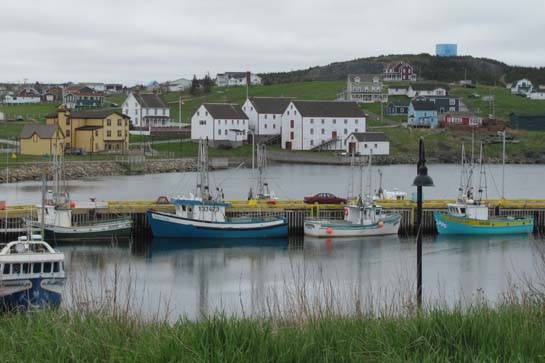 Port Union isn't Toronto, and that's a good thing. But it does mean there's no one I've been able to find who can lead the kind of labour history walking tour that David Kidd provided for the folks who attended the LabourStart conference in Toronto in May.

That's a shame. If any place should have one it's Port Union. I may have to suggest it to the NL Tourism folks.

The fact that the tech is so easy also makes it simple to take the same architecture and create what . . . a health and safety training tool? A "here's how conventions work" tool? A guide to a local union?

TAKE BACK THE BRAND

Just for the hell of it, consider hacking your employer's brand. For inspiration, have a look at the Brandalism Project, an anti-advertising movement that began in the UK in 2012 with one small team and one van, and then spread to cities throughout Europe.

International artists collaborate to take back public space by "redesigning" the ads of media giants, who would otherwise control the messaging on bus shelters, billboards and the like. Dream a bit about what you could do with a bad boss's brand.

And then there's Greenpeace, who went even further and launched a full-blown campaign called Detox our Fashion. Since the campaign's launch in 2011, it's mobilized millions of people worldwide around the issue of toxic chemicals used by the fashion industry.

A mere two months after the campaign launched, Nike, Puma and Adidas all committed to phasing out toxic chemicals in their supply chains by 2020. So far, upwards of 20 major clothing companies are on board.

While we're on the subject of, well, adbusting, Adbusters, around since 1989, is still worth taking a gander at. And for some of the theory informing brand-hacking, have a look at Beautiful Trouble.

Some of you will know that the country's largest newspaper, The Toronto Star, started life as a strike paper (a fact its current owners seem to have forgotten).

Speaking of strike papers, the good folks on the picket line at The Chronicle-Herald in Halifax are doing a fab job on the news site they started. How's this for a taste of real independent local journalism.

The success of the online strike paper raises some interesting questions about how tech and politics and all that stuff intersect these days. The biggest question may well be this: Is localxpress.ca about to become the worker-owned co-op that sends The Chronicle-Herald straight down the tubes, forever transforming commercial journalism in Canada and heralding the rise of the working class?

Sorry. Got carried away there. Or did I?

Journalist Paul Mason may have some valuable insights to offer on the subject. Mason has been a bunch of things, not least the economics editor for a couple of BBC TV and radio news programs and the author of several books that Our Times readers would no doubt find thought-provoking.

He's a well-known leftie and cyberspace wonk. He was also the first journo to be given permission by the BBC to use social media in anything like an official capacity when he started blogging back in the dark ages. That would be 2005.

His book Live Working or Die Fighting made quite a splash in 2007, and his long-form work has been appearing regularly ever since. The most recent of his books is PostCapitalism: A Guide to Our Future. Take a gander.

A key piece of his argument is that the internet is the latter-day equivalent of the massive garment factories that created an industrial working class in the early 19th century and brought workers together in ways that allowed them to organize. If you're looking for a chance to get your head up out of the daily muck, reading PostCapitalism might be just the ticket.

Speaking of muck, walking tours, the changing structure of work, and working-class insurgency, I'm off for a way through the Newfoundland weather to the Port Union Museum. I'm going to find out all there is to know about this union-built town.