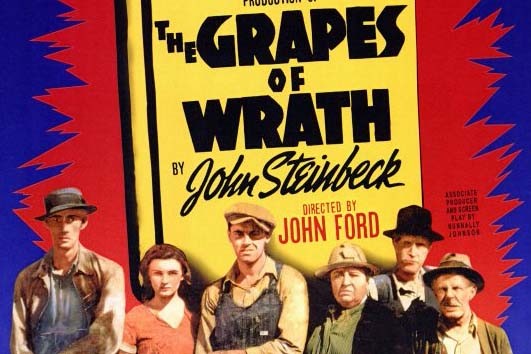 I think it is only a slight exaggeration to say that Barcelona, in September, was starting to look like Vancouver run by a coalition of Occupy and Idle No More. The interesting things they were doing, all within the confines of the Spanish and Catalan constitutions, are beyond the scope of a column about the internet. But some of their online experiments are definitely in our ballpark.

Take the source code for Decidim, for instance ("We decide," in Catalan), an online decision-making and discussion platform built by the Barcelona City Council. Used for monthly meetings of up to 40,000 people, the platform could be beneficial to a local as big as CUPE (Canadian Union of Public Employees) Local 79, with over 20,000 members. But I am quite certain the political leap required of any national or provincial union would be so big as to make using it at those levels unimaginable. Still, WebWork is more than a little bit about dreaming, no?

In Barcelona, the discussions have been on the big issues, to date mostly about the city's strategic plan. But the goal is to burrow further and further into the mechanics of the city's decision-making. I have some concerns about just how far into the details of a city's operations that many, or more, people (the hope is to make Decidim ever more inclusive) can be taken. Still, Barcelona doesn't seem to have reached any limits with this as yet.

I was involved in a small way in UnionBook, LabourStart's attempt at creating a general-purpose, rather than issue-specific, social media site for trade unionists. After a few years we concluded that UnionBook didn't work out. Which was and is fine: we're as much about the experiments that fail as about the ones that succeed, so long as something is learned in the process.

But it does mean we're watching another effort on this front, this time a stand-alone in the U.S. called "UnionBase," created by 29-year-old Larry Williams Jr. (See Rick Wartzman's Fast Company article, "Meet the Millennial Who's Trying to Save the Labor Movement with a Facebook for Unions.")

Honestly, I think this article, and perhaps the project, is more than a bit over the top in a number of respects. It's less about a millennial and more about techno millenarianism. An enthusiasm for all things online is not going to do much to meet the challenges, internal and external, that the American labour movement is facing, and the site's numbers are way smaller than those UnionBook was able to garner (but then the focus is tighter, too).

It's definitely worth watching, though. LabourStart has offered UnionBase our analysis of our experience and some volunteer time if needed. Stay tuned. If it works and we can figure out why, there could be some important lessons for us all.

GIVE PODCASTS ANOTHER CRACK

What works in one place and culture doesn't always translate well. I've raved here a few times about the Unison (UK) internal organizing podcast Organizing to Win. Other than Marc Belanger's Peterborough, Ontario-based RadioLabour, there's nothing similar in this country and arguably Marc's project is doing as well as it is (which to say very) because he aimed for and attracted a global audience.

GEFONT (General Federation of Nepalese Trade Unions) has been going great guns for a long time with their weekly video news podcast, and they show no signs of slowing down let alone abandoning it. If anything, when you ask, they complain about not having the time to do more episodes per week.

Most Canadian unions that attempt a regular video news or organizing effort give it up as not worth the investment in time and bandwidth. But if you and yours haven't yet given it a spin, mebbe video pods' time has come. Visit the multilingual GEFONT effort here.

Perhaps because I am a recent convert to life as a pensioner, a peek back at a 2015 Vice Media piece about Amazon's use of penniless retirees as 21st century Okies (see a little scribble of some repute called The Grapes of Wrath for an explanation of the term) caught my eye all over again. And tugged at my heartstrings. Amazon continues to use the desperate around the world to get tiny bits of work done.

We know how Amazon farms work out over the net and encourages bidding, in a race to the lowest price, with its Mechanical Turks program. But the "Workampers" program takes the exploitation a step further. Too far, really. At least for me.

Amazon is recruiting American seniors who, for one reason or another, are destitute in retirement. These are people who were dispensed with because of their age and were without a pension or savings. A number seem to be people who were relatively comfortable until the financial collapse of 2008 wiped out their nest eggs.

Jobs are advertised to them and they jump in their (if they're lucky) campers and head to a warehouse or some other Amazon facility. They bust their rear ends for a short and fixed period of time, working long hours at minimum wage. When the need for their labour disappears so do they, chasing the next chunk of work Amazon dangles, sometimes thousands of kilometres away.

What does Amazon get out of the deal? A trained and committed (read desperate) workforce that is eminently disposable. Why train someone to work in your South Carolina warehouse when somebody else who's just finished three weeks on the same job in Oregon is prepared (needs) to move themselves to where the work is, and will bust their ass to make enough to cover food and gas. Read about it and weep at vice.com: "On the Road with the 'Workampers,' Amazon's Retirement-Age Mobile Workforce."

Enough depressive ranting, it's tip time for you online campaigners.

There aren't a lot of serious how-to studies of online campaigning. Practitioners and those looking to jump in need to rely more on the experiences of others passed along in anecdotes.

A great way to gather some really useful tips, tricks and analyses is to join the online-campaigners forums out there. Recently there has been a consensus about what might appear to be a small thing — the ability to say, and share, a thank-you.

Those who have been tracking this option's effects seem to agree that it will increase an online action's (petition- or email-based) share rate by between a quarter and a third. It's simple and easy to set up: a thank-you, with the option to share made as easy as possible, as a landing page for your action.

The psychology is simple: your target audience is never going to feel more warm and fuzzy about what you're doing than the instant after they participate. So they are far more likely to share your appeal with their contacts at that instant than at any other time.

Think this is old news, and that everyone, everywhere, uses thank-you landings with share buttons? Think again. Sometimes a participant gets nothing back. More often they receive the far less effective thank-you email. The email is a great tool, for sure, for building a deeper relationship with participants. But not, the experts agree, for encouraging sharing, and thereby driving your numbers up.

Since this topic came up a few months ago (first on Fairsay.com's eCampaigning Forum discussion list, highly recommended), I've been looking out for who's providing the option, and the seeing is not good. There are old hands at this who have been doing it right since dinos like me walked the earth, and the Steelworkers have taken the concept to new levels recently. But it is far from universal.

So what are you doing here, reading this? Get cracking on that landing page with all the social-media share buttons you can think of. And since you're all pretty smart, energetic people, set aside 10 per cent of your brain power so that while you're doing that, you're coming up with a plan for the next set of improvements to CPP. The ones that will guarantee that you and yours are not destined to become Workampers in your dotages.

This article originally appeared in Fall 2017 of Our Times Magazine. Support our work by subscribing today!