The World Changes, One Heart at a Time 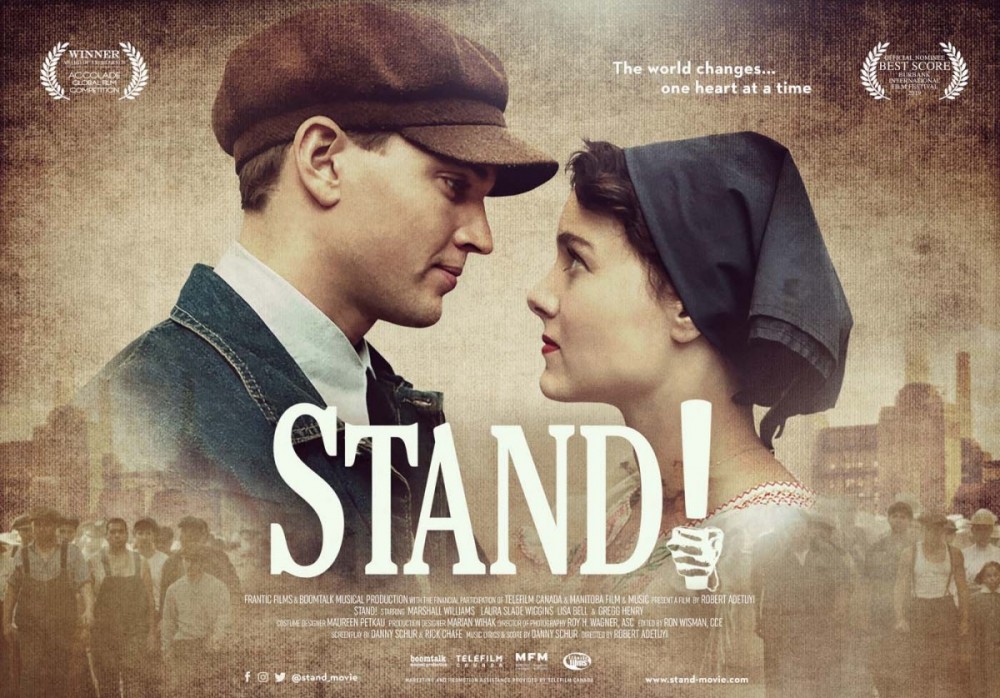 Canadian history isn’t boring in Stand!, a new, emotionally charged musical drama that sets a love story against the harsh drama of the Winnipeg General Strike.

This entertaining, empowering feature film, opening across Canada on November 29, is a timeless story about people standing up and standing together to fight for what they believe in.

The film, beautifully realized by Canadian director Robert Adetuyi (Stomp the Yard) and shot by Emmy award-winning director of photography Roy Wagner, is gripping in its depiction of Winnipeg’s seething social tensions in 1919.

Immigrants are earning less than a living wage; returning First World War soldiers are out of work and believe the people they fought against have taken their jobs; Black Oklahomans escaping racism can find work only as train porters or domestic servants to Winnipeg’s wealthy, and a Métis soldier discovers the barriers he broke down overseas are still in place at home. (He’s played by Gabriel Daniels, son of the late Métis leader and activist Harry Daniels.)

Winnipeg composer, producer and writer Danny Schur, the film’s co-writer and co-producer, was inspired to create the movie’s precursor, the 2005 stage musical Strike!, when he had lunch one day in 2002 with the “opinionated” British-born editor of The Winnipeg Free Press. When Schur asked Nicholas Hirst what his third musical should be, Hirst said “The Winnipeg General Strike, 100 per cent.” 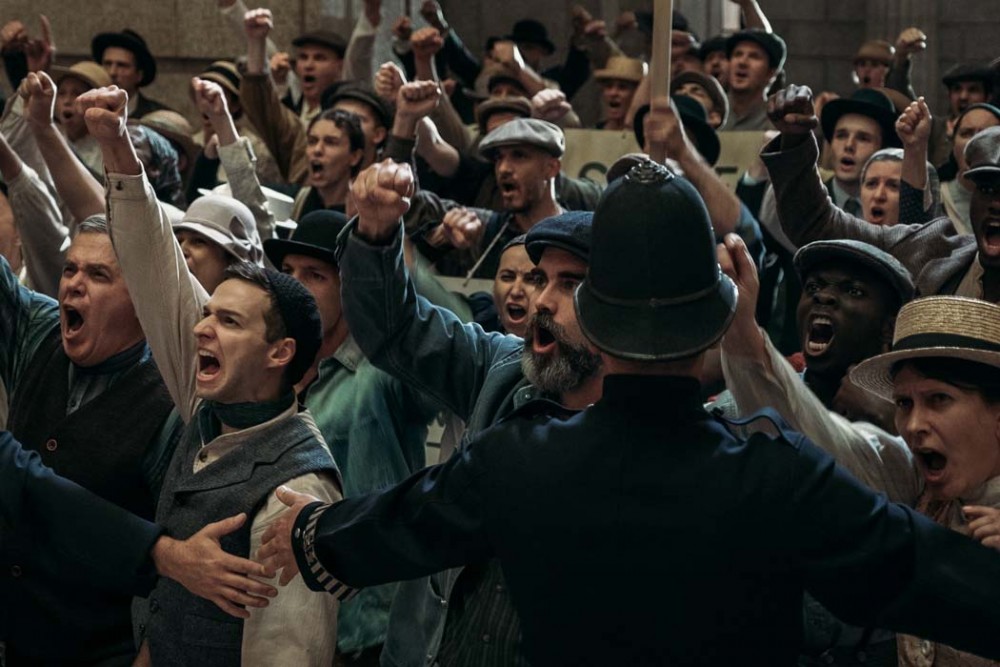 Schur knew that Canada’s largest strike, in which over 30,000 workers took part from May 15 to June 25, 1919, loomed large in Winnipeg’s history – and even Canada’s – but he was  “very, very intrigued” that someone from Britain thought it had international reach as well as contemporary parallels.

“The story became everything that’s going on in society,” says Schur, “and it’s similar to what's going on today: a lot of discrimination of immigrants, people of colour, Indigenous people.”

When he got back from that lunch, he opened his copy of Winnipeg: An Illustrated History, coincidentally right to the picture of Ukrainian-Canadian Mike Sokolowski slumped in death “virtually on the steps of City Hall on Bloody Saturday. That manhole cover is still there.”

During the First World War, thousands of Ukrainian immigrants were interned in Canada. “I knew a guy named Mike Sokolowski would have run away from something like that. How did he come to be there?” 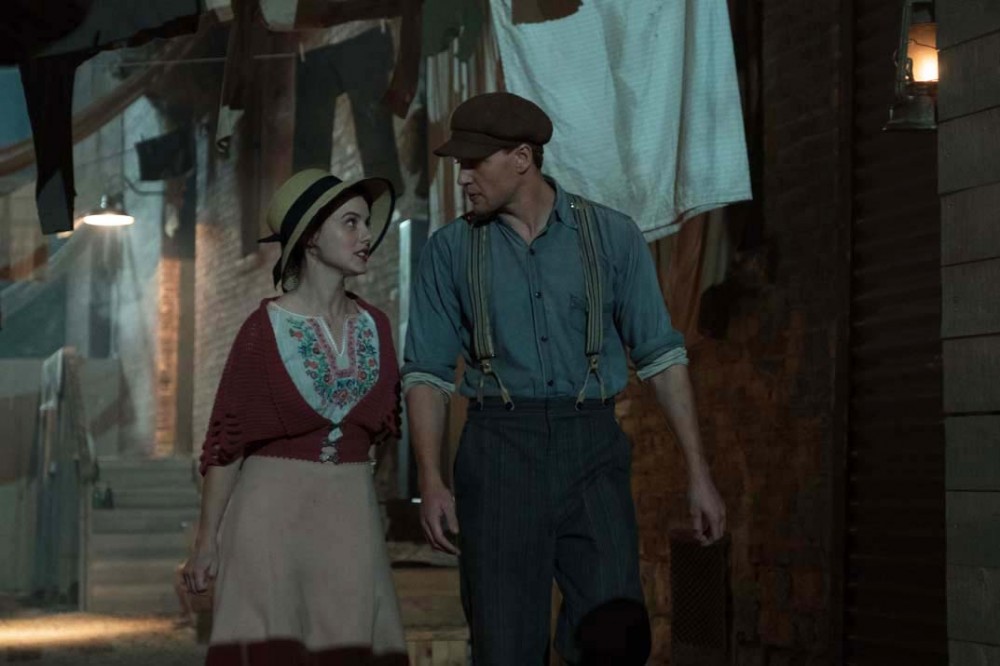 Stand! is also a Romeo and Juliet story about Mike’s son, the handsome young metalworker Stefan (Marshall Williams), torn between his father’s orders to stay out of trouble, lest they be deported, and a glimpse of a more just world, a vision shared by the beautiful and fierce Jewish suffragette Rebecca (Laura Slade Wiggins). Stefan and Rebecca’s love blooms in dialogue and song beneath the hanging laundry on narrow, dusty streets.

Schur was inspired by his Christian aunt’s experience marrying a Jewish man in the 1950s. “I saw the ill will directed to them from both sides of the family. I can only imagine how much worse it would have been a few decades earlier.”

As a Canadian-Ukrainian kid himself, Schur picked up on his mother’s generational shame over being an immigrant. “When we went to the music festival, it was clear I was in a personal battle with the Anglos. My dad was a ‘reverse racist.’ Ukrainians built the prairies and everyone else was a bum.”

Marshall Williams, a Winnipeg actor, model, writer and musician who starred as Spencer Porter in Glee’s final season, plays Stefan as a hard-working, noble character in conflict with his complex, world-weary father (Gregg Henry). “He’s forced to stand up for what he believes and grow,” says Williams, who also has a recurring role on the Canadian TV drama, When Hope Calls.

“I think Stefan not only finds his identity by the end but also encourages a change of thought in his father and his community.” 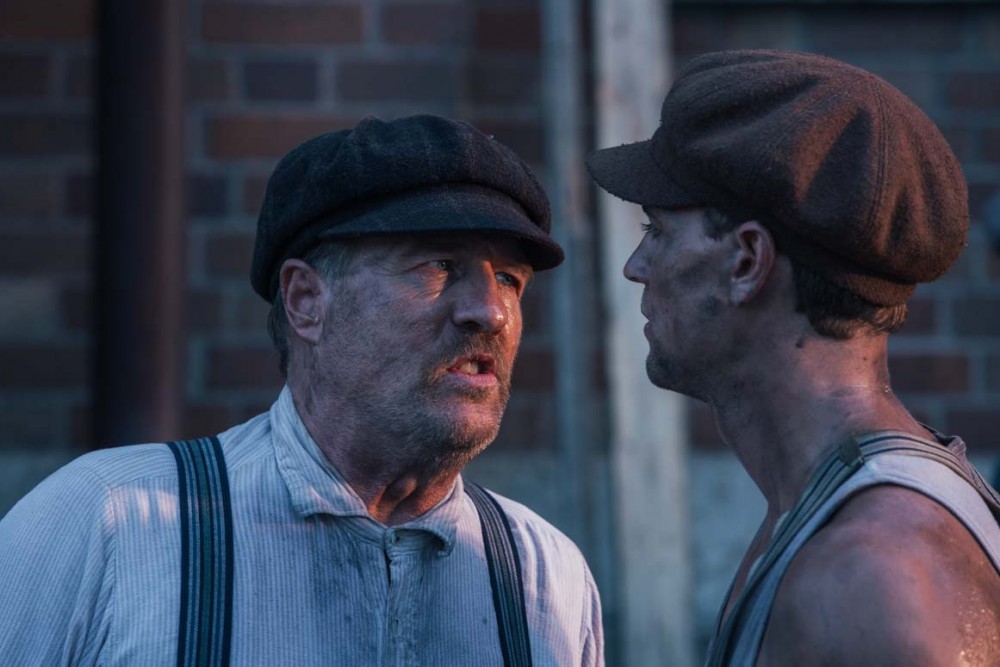 To get inside Stefan’s mind Williams drew on the stories his Grandpa Martin told him of immigrating to Canada from the United Kingdom. “I think the root of the story is everyone wanting to have a place in society and be accepted. Also, equality, and fighting for what’s right beyond the actual event of the strike.”

Williams had no idea this hometown story was “actually one of the pinnacle events that helped get unions started globally.” From the start, he admired the script by Schur and Rick Chafe. “I loved the characters. I thought they were genuine and it excited me to get into the mindset of what it would be like to be a Ukrainian that immigrated to Canada at that time.”

Working with American Laura Slade Wiggins (Shameless), the appealing, silky-voiced Rebecca, was “fantastic,” he says. “She’s a gem of a human and a great actress.”

Good and evil characters are drawn with bold, broad strokes in Stand!, with the most monstrous villain being the iron-willed, dictatorial businessman A.J. Anderson, who stirs public fear by demonizing immigrants while bending politicians to his will.

His character is based on lawyer A.J. Andrews, who led Winnipeg’s business elite in breaking the strike. He is portrayed by Winnipeg-based, New Brunswick-born actor Paul Essiembre as an odious, frightening, all-powerful manipulator. “Americans, when they watch the movie go, ‘Oh my god  A.J. is Trump,’” says Schur. “Everything that happens in the movie is right from history.” 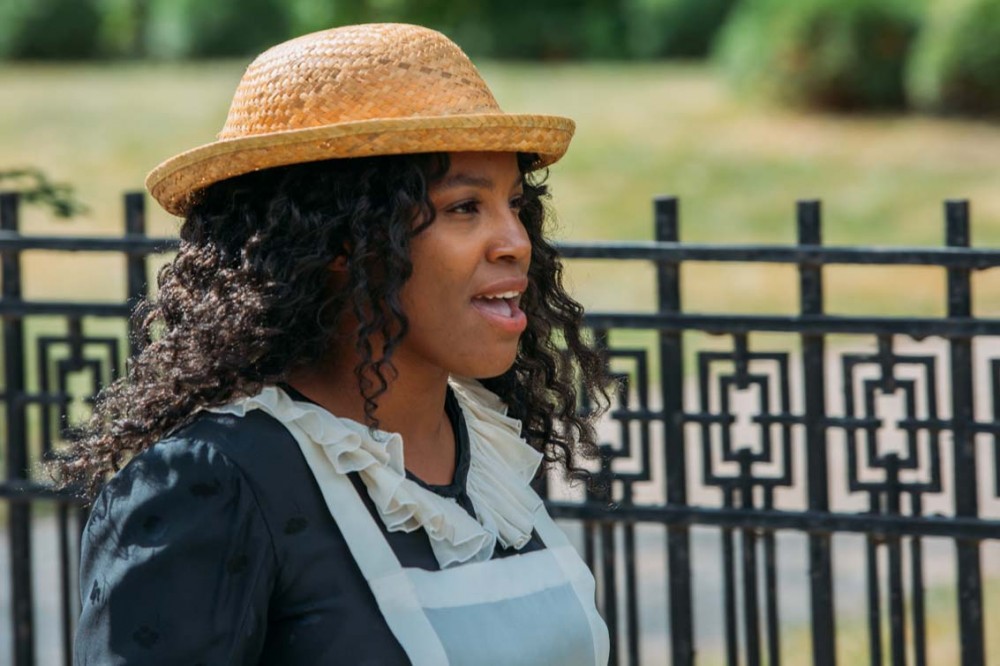 The writer’s favourite song is “Stand,” the closing anthem and a song that came unusually quickly to Schur, who is also a former writer/producer for Canadian musicians such as Chantal Kreviazuk, McMaster & James and Doc Walker. “That song took 20 minutes,” says Schur. “Lisa is incredible.” The song is sung by the spectacular Canadian singer/actor Lisa Bell, who plays the Andersons’ servant Emma and who was a former Canadian Idol contestant, along with Williams. Schur looked at census information of the time to try to glean insights into the experiences of Black live-in maids. “There’s barely any pictures of the domestic women,” he says.

With director Adetuyi’s encouragement, the film’s story, originally centred around the experiences of white people, became much more inclusive, honouring and making central the stories of Black and other racialized lives as well. “Many people have said the film carries a positive union message.” says Schur. “[But] it works for anyone feeling discriminated against who knows they have to stand on the shoulders of those who came before them, and that’s the message of the movie.”

The idea for Stand! came from American actor Jeff Goldblum. Schur sat beside him during the second-last show of the premiere run of Strike!. Goldblum was dating the Canadian female lead and at show’s end told Schur it would make a great film.

The struggle to take a stage musical to film was largely financial. “You can put on an impressive stage show for $100,000,” says Schur. “That buys you two days of truck rental for the movies.”

It took the film’s producers almost 15 years to raise the movie’s $7 million budget from film tax credits, private investors (including descendants of businessmen who had crushed the strike), and from the labour movement, with pre-sales of digital downloads to be marketed by the Canadian Museum of Human Rights to schools.

The Winnipeg General Strike ended in defeat, but Schur, whose next project is a musical about Louis Riel, says, “they tried their utmost. That's the victory. It may not have succeeded then, but in the next year imprisoned leaders were elected to politics. It’s a very inspirational story.”

Elissa Barnard wrote about arts and entertainment for 35 years for the Chronicle Herald. Today, she writes an independent blog called NS Reviews, from Halifax. Follow her on Twitter @ElissaBarnard.

The movie musical Stand! opens across Canada on November 29.