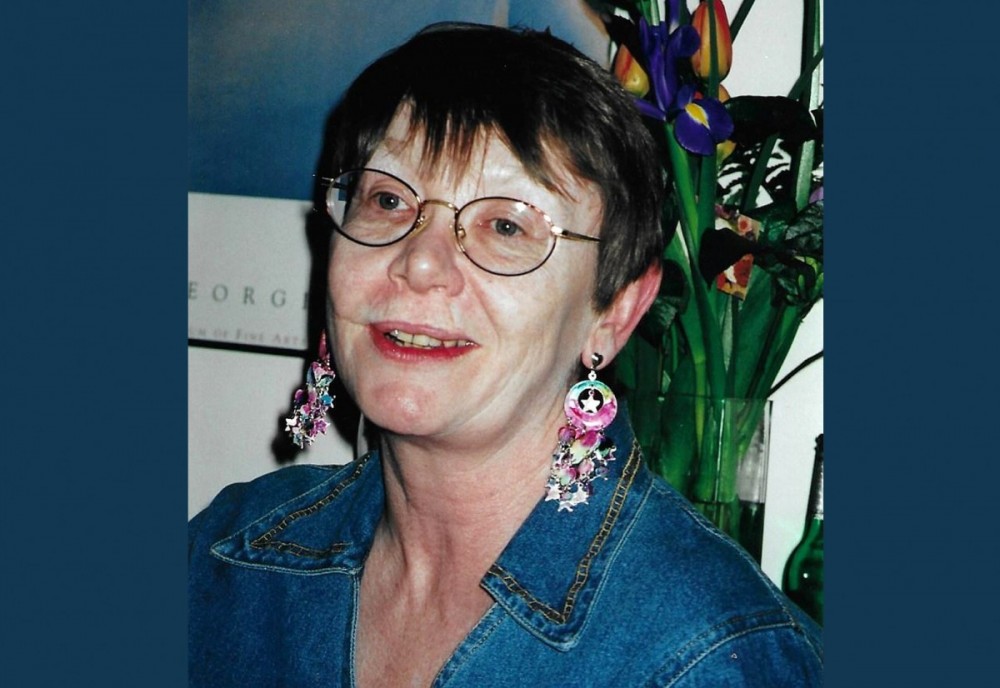 There is a remarkable consensus about Penni Richmond, who passed away peacefully at the Kingston General Hospital, in Ontario, on November 16, 2020. She was a tireless social justice activist in both the women’s movement and the labour movement. But many would qualify for that accolade. What set Penni apart was her character and her exemplary generosity of spirit.

Penni was born in Alberta, and raised in the small town of High Prairie by Irene Richmond, a single mother who worked as a rural school principal, then a regional school inspector, and finally an editor and producer of teen novels. After Penni and her mother moved to Toronto, Penni suffered major injuries in a car crash at the age of 17, and underwent years of plastic surgery. Still, nothing stopped her from living her life to the fullest.

Penni worked as communications director for Oxfam Ontario before joining the Development Education Centre (DEC), an independent, non-profit collective founded in 1971 by left-wing activists and researchers to provide alternative educational perspectives on Canada and internationally.

During her six years at DEC, Penni concentrated on women and work issues. She collaborated with others to produce the popular slide-show presentation, “On the Bias,” about women employed in the clothing industries — and then went on the road with it. Penni also worked with Between the Lines, editing GATT-Fly’s book, Power to Choose: Canada’s Energy Options. (GATT-Fly was an inter-church project founded in 1973 to promote alternative trade policies to those advanced in the powerful General Agreement on Tariffs and Trade.)

From her early days in the women’s movement as a key organizer (she would object strongly to the word “key”) of Toronto’s International Women’s Day events, Penni was always dedicated, focused, principled — and unrelentingly curious. She was a voracious reader, and remained one all her life. If you disagreed with her about anything, she might suggest taking a look at a book or an article, not as a one-upping tactic to “win” a discussion, but to encourage you to join her in a common voyage of discovery.

This was precisely the attitude and work style that she carried with her into the labour movement. Hired by the federal Department of Employment and Immigration as an immigration officer, Penni began her union work in the Canadian Employment and Immigration Union (CEIU), a component of the Public Service Alliance of Canada (PSAC), as a member of the CEIU Women’s Committee. While there, she wrote the introduction to the booklet, Strong Women, Strong Unions (Participatory Research Group, 1985).

Despite the transformational federal-government clerks’ strike in 1980, led by thousands of grassroots women fed up with how negotiations were going between their employer and their union, much of the PSAC’s leadership at the time remained wary of militancy, and of involvement in “social issues.” CEIU became a progressive outlier in that respect, and Penni deserves much credit for helping to move the component forward. Eventually, step by step, the PSAC went in the same progressive direction.

Penni then took a senior position with the Canadian Labour Congress, heading up the CLC’s Women’s Bureau (later the Women’s and Human Rights Department). The CLC can be a tough place to be, as most who have worked there would agree: it is a heavily politicized body, and fraught with tension a lot of the time. Staff have always had to try to negotiate the varying political winds while remaining principled in their work — not an easy task. But Penni was fearless there.

She worked hard to promote child care as a prominent part of the CLC’s agenda, and helped to make it a major policy plank in the run-up to the 1993 federal election. She pushed strongly for disability rights to be front and centre as well, at a time when there were few champions in the labour movement. 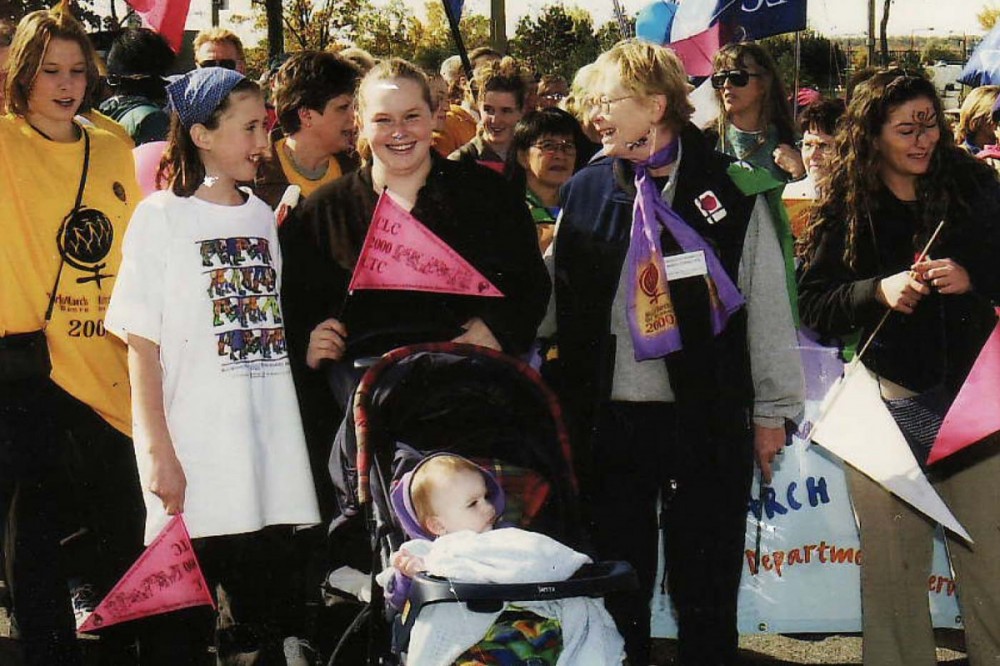 Penni Richmond (second from right) with her daughter, Alexandra (third from right), and granddaughter, Beth, in the stroller, taking part in the 2000 IWD march in Ottawa. PHOTOGRAPH: COURTESY FERNE CRISTALL

Derek Fudge, former national director of NUPGE (National Union of Public and General Employees) and first elected CLC Vice-President (Workers with Disabilities), recalls of Penni’s impact: “Her quiet guidance and persistent work ‘behind the scenes’ helped us move disability issues from tokenism to an integral part of the CLC’s overall equity agenda.” Fudge concludes, “Canada’s labour movement is much more diverse and inclusive today and a big reason for that is the large and humble footprint that Penni left us with.”

Penni has been described by many as a “fierce” advocate for labour and human rights, but that might give the wrong impression. She was a kind and gentle person, and avoided the limelight. Penni never dominated meetings, but was an active listener, and a person who led without leading. She got people to reflect, to question their dogmas and certainties, and to move to a deeper collective understanding and, from there, to meaningful action. Penni commanded profound respect from those who knew her and worked with her, and with good reason. 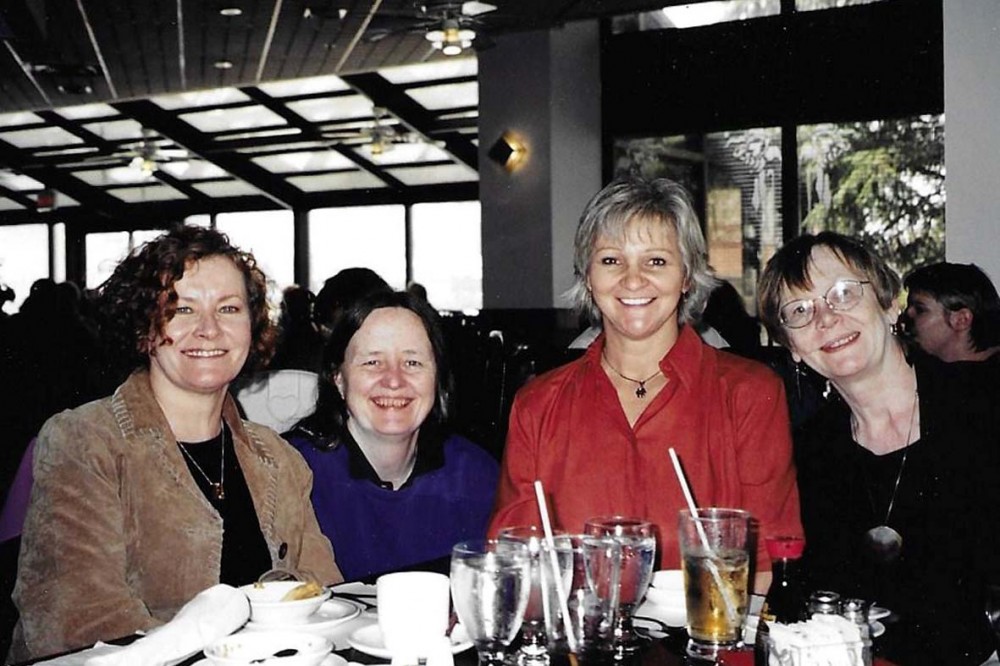 No humourless zealot, Penni had a ready and irrepressible sense of humour, and she played as hard as she worked. She could be uproarious and witty, the consummate “party animal.” She loved life, and everything that it offered.

More recently, after her retirement from the CLC, Penni’s health went into decline. In 2016, she physically intervened when I was attacked by a family member in crisis, likely saving my life, but she was badly hurt in that encounter. Shortly afterwards, she moved to Kingston to be with her daughter, Alexandra, who was always a focal point in her life. There she joined her grandchildren Kieran and Joshua, and Alexandra’s wife Lori.

Penni was passionate, committed, joyous, unwaveringly positive, never cynical. All who knew her learned from her, not only how to work better together, but how to live. We miss her, not only for what she brought to our common cause, but for who she was.

John Baglow is a retired trade unionist living in Ottawa. A former vice-president of the Public Service Alliance of Canada (PSAC), he was a close friend of Penni. He would like to thank the following for their invaluable contributions to this tribute: Ferne Cristall, Rob Clarke, Derek Fudge, Glen Richards, Jamie Kass, Rianne Mahon, and Penni’s daughter Alexandra Richmond.