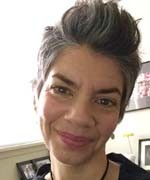 McDonald's has tried to forge a "special" relationship with schools (and the children who tend to spend a lot of their time there) for years. But, much as their international reach and their menu have expanded, so too have their methods for doing outreach — directly and indirectly.

They've also shown admirable . . . resilience. The recent societal focus on healthy eating has, not surprisingly, hurt McDonald's, whose sales have been flagging in recent years. So, in a genius Machiavellian PR move, McDonald's launched a new campaign that actually recruited the ultimate "gatekeepers" — moms — as "quality correspondents." Those moms were taken on feel-good field trips to "learn" all about McDonald's food and the company's suppliers.

When their enthusiastic reactions were posted online for tens of thousands of folks to see, it amounted to a solid bit of damage control after the devastating 2004 release of Morgan Spurlock's film Supersize Me!. After all, would Mom let you eat something that's bad for you?

More recently, McDonald's announced a new kind of Happy Meal toy: a fitness tracker for children — pulled only days later when it was discovered it caused skin irritations. I'm pretty sure this is a metaphor for something.

Direct school outreach can be a bit tricky, though, when dealing with young children. The prospect of kindergarteners, en masse, learning to spell by practising on the McDonald's menu might set some adult teeth on edge. As a result, the fast food chain's school-based initiatives tend to fall into one of three more seemingly benign categories: the "strategic philanthropy," anti-bullying, "we're promoting healthy living to kids!" variety; community-esque school fundraising campaigns; or school visits from Ronald himself. (Sometimes these components can be combined into an extra special package.)

The McDonald's Go Active! Fitness Challenge (in partnership with the Canadian Olympic Committee) went national in 2005 as sort of a Supersized version of the old, non-branded Participaction program. In this one, McDonald's logos featured prominently, and participating schools could win up to $500 to purchase gym equipment. Positive corporate PR, a fundraising opportunity, and a relationship with schools (AKA kid/consumer-containers).

McDonald's latest foray into the Canadian education arena takes the form of a massive, province-wide partnership with Colleges Ontario. Here's the gist: with a bit of corporate training, any of the 12,000 Canadian managers at the ubiquitous fast food chain can skip the first year of a two-year business or business administration diploma at any one of Ontario's 24 public colleges. This is all thanks to something called "prior career recognition" — or, as the president and CEO of Colleges Ontario explained, "a hint of where we are going in the future of postsecondary education."

It "signals a potential change in how Canadians will upgrade their skills to stay competitive in the workforce!" beamed at least one expert. And those "behind the deal" refer to it as a "triple win" (besting, by one full win, another expert's use of "win-win" to describe the deal).

In other words, this arrangement takes two online training courses, a bit of reading, some workbook activities and that ever-important on-the-job experience and supersizes them into a year of college. Because apparently some of the training McDonald's provides its managers — marketing and team-leading — is similar to "what employees might learn in business school."

The discussion (so far) has been stunningly silent on whether the second year's worth of credits will place the "prior career recognition" in a broader context; if, for example, students will be challenged to think critically about the business practices of their employer.

In spite of the innovative!™ nature of this arrangement, Colleges Ontario doesn't appear to "benefit" as much from the deal as McDonald's, who now has a formal relationship with and academic seal of approval from every college in the province: after all, the deal requires colleges to forego a year's worth of tuition for every participant.

Despite that, they've decided to turn that frown upside down: "We may actually gain students that way that we would never have gotten otherwise." Although given the relatively small pool of potential future manager-students (even those from outside Ontario who could participate through distance learning), it's unclear if the costs of the "partnership" are actually worth the potential losses.

Ah, the contradictions of a user-fee higher education system, where institutions are stuck somewhere between the twin goals of educating students and making as much money as possible through tuition fees.

Others, like Nora Loreto writing in rabble.ca, have pointed out even more potential equivalencies and other potential ventures to explore when it comes to fast-food/fast-tracked-diploma partnerships:

"What about Tim Horton's? There's a workplace that can teach you about deconstructing the Canadian Identity, the sociology of retirees who gather around warm drinks, all the possible permutations of nickels and dimes that can comprise the cost of a double-double, and the psychology of the man who purchases four Timbits every Thursday. It's all you need for a philosophy diploma."

Let's back up a bit: this is by no means McDonald's first education venture. Hamburger University — yes, this is actually a thing — was founded in 1961 "in the basement of a McDonald's restaurant in Elk Grove Village, Illinois . . . [and has] become the company's global center of excellence for McDonald's operations training and leadership development." Currently, McDonald's employees can have any one of the 21 courses from Hamburger University — all of which have been evaluated by the American Council on Education — put towards a Bachelor of Science degree program at Thomas Edison University in New Jersey.

In 2008, the UK (Labour) government allowed McDonald's (along with a rail company and an airline) to award credits towards a high school diploma for workers who had completed on-the-job training programs. This marked the first time in the UK that commercial companies were given the right to grant recognized academic credits for their workplace training programs. While academic institutions were troubled by these McQualifications, the plan was soundly defended by then-PM Gordon Brown.

"This is an important step toward ending the old divisions between company training schemes and national qualifications, something that will benefit employees, employers and the country as a whole," explained Britain's skills minister (at the time), John Denham, smoothly conflating "corporate training" with "education," and "schemes" with "qualifications."

Eighteen months later, McDonald's launched a two-year foundation degree in managing business operations, a combination of "classroom work, e-learning, and workplace training." Sounding somewhat Marxist, the corporation's then-Senior VP maintained that this was about challenging "snobbish" misconceptions about McDonald's staff (although nowhere in his spirited defence of the workers does the topic of adequate pay, job security or a living wage come up), and also about advocating a "revolving door" model where workers could train and work simultaneously (again, education is absent from his explanation).

And then, in 2014, McDonald's launched its pilot partnership with the BC Institute of Technology, resulting (apparently) in 120 managers pursuing their business diplomas at BCIT (to date), according to the corporation. That pilot project has now morphed into the current province-wide arrangement with Colleges Ontario.

THE IMPORTANCE OF WORKPLACE TRAINING

All this is not to say that the issue of workplace and on-the-job training and skills acquisition is unimportant (particularly for young people post-Recession), or that current levels in Canada are even remotely sufficient — our levels of workplace training tend to fall below those of our OECD counterparts. According to a 2014 article by the Conference Board of Canada's Daniel Munro, "Canada's record on employer-sponsored training is weak." More specifically:

"Employers make up a key part of Canada's skills development system, but their collective performance in providing training is underwhelming — a reality that contributes to skills challenges and prevents businesses from being more competitive and successful. Even as many sound the alarm about skills shortages and mismatches, not enough are taking steps to address the challenges. Shifting training responsibilities onto students and PSE institutions will not solve their problems. Although many of the challenges they face in providing training are real, employers need to take more responsibility for the training that, ultimately, produces great benefits for them."

In other words, Canadian employers need to step up and invest more substantially in workplace training of employees (and, incidentally, stop foisting the responsibility for a so-called "skills mismatch" on universities and colleges).

This arrangement between McDonald's and Colleges Ontario and the language used by its proponents to describe it, though, neatly sidesteps the whole discussion of whether workplace training provided by corporations is being invested in and prioritized (it isn't); or whether all people should have the opportunity to pursue post-secondary education if they choose (they should); or if tuition fees are a barrier to many students (they are); or if there's any irony in the language of "opportunity" being used alongside the wages that McDonald's pays its employees (maybe just a little).

Certainly McDonald's response to the $15/hr minimum wage campaign — that it trusts the provinces "to determine appropriate minimum wages across the country" — suggests that the corporation prefers to limit its commitment to its employees to "providing opportunities for people to learn life skills that will set them up for success" rather than paying the vast majority of its employees a living wage that would enable them to pursue opportunities that might not be prescribed by their place of work.

McColleges Ontario isn't about providing paid time off to attend college and study in a program of one's choosing. Rather, it substitutes "training someone to do certain tasks" for "education," and then further substitutes that "education" for "credentials."

It's not even about providing more training or ensuring workers are better equipped for future opportunities in the workplace — it's about re-categorizing existing levels of corporate training and workplace experience of one of the largest and most recognizable players in the global economy, and using the public education system to provide external validation.

And it's the ultimate in privileging "real world" experience over the fancy book-learning of so-called "experts."

Erika Shaker is Director of Education and Outreach at the Canadian Centre for Policy Alternatives.

This article originally appeared in Winter 2016-17 of Our Times Magazine. Support our work by subscribing, advertising, or donating today!