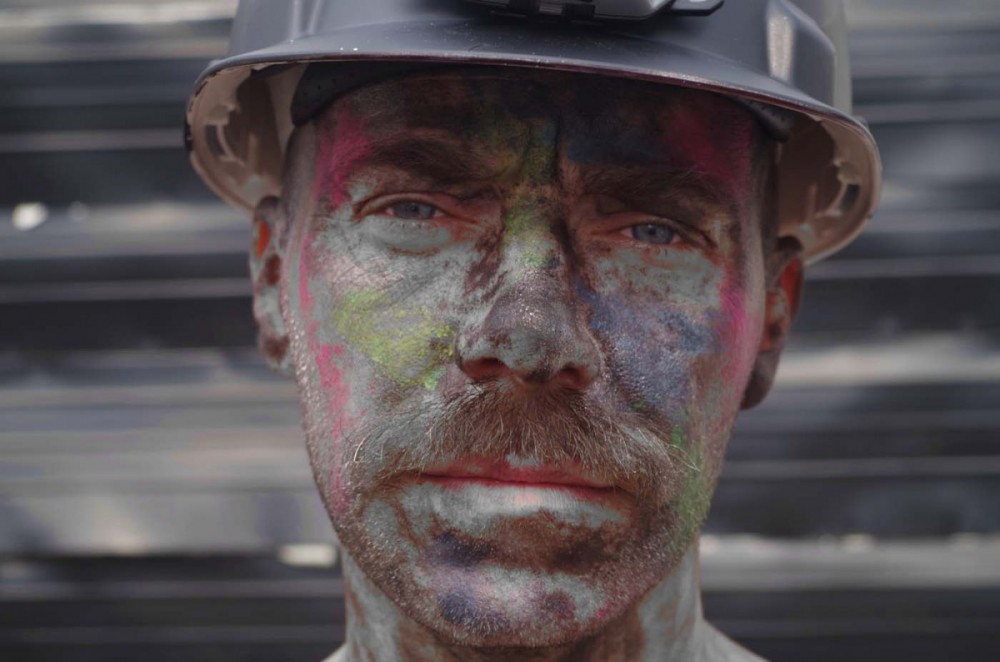 There have been radical changes in Nova Scotian employment trends over the last couple of decades as the province has shifted away from traditional resource-based industries as major employers. While fishing, forestry, mining, and other blue-collar sectors still provide many jobs, they no longer define the region.

What does a radical celebration of Nova Scotian working-class culture look like in 2017? The annual Mayworks Halifax Festival of Working People and the Arts offers a schedule packed with opportunities to find out.

Sébastien Labelle is festival director, collaborating with a board of directors in order to locate, curate, and organize artistic submissions. He also coordinates fundraising and makes connections between arts and labour communities throughout the year.

"Mayworks, in Halifax, started as a project of the Halifax-Dartmouth & District Labour Council," he tells Our Times. "At the time, Mayworks was a subcommittee of the labour council, and it was entirely volunteer-run. Its origins started very modestly — in fact, its first year, it was just a single event."

The celebration of social justice and the arts will showcase nine events over a two-week period this year, from April 28 to May 10. Labelle says the number of artists applying to be part of the Mayworks Halifax program has exploded.

"I still do some outreach and soliciting when I feel that there's under-representation of certain communities, issues or art disciplines that need to be incorporated into the festival," he says. "But now there's a process of curation, and acceptance or denial, depending on the needs of the festival and if the submission properly answers our mandate and criteria for our events. Certainly the need for curation has really grown since the start of the festival."

The cultural workers who make Mayworks happen have also enjoyed increased attendance and compensation for their efforts. "Over the course of the last eight years — this will be our eighth festival — the festival outgrew the capacity of the labour council to steward it through volunteer labour," explains Labelle.

WHAT IS WORKING-CLASS CULTURE?

The identity of Mayworks is ever-evolving, as is the identity of the Nova Scotian workforce. "Representing what the working class is, or what working-class culture is, I think there's still a pervasive stereotype [about] the labour movement: [that it's all] white, straight men in heavy or extractive industry," notes the festival director, an artist himself.

"My mandate, as director, is to really deconstruct what 'working class' is, what the labour movement is, and represent it as much more complex and nuanced and diverse to give, I feel, a better representation of who workers actually are and what working-class culture is." 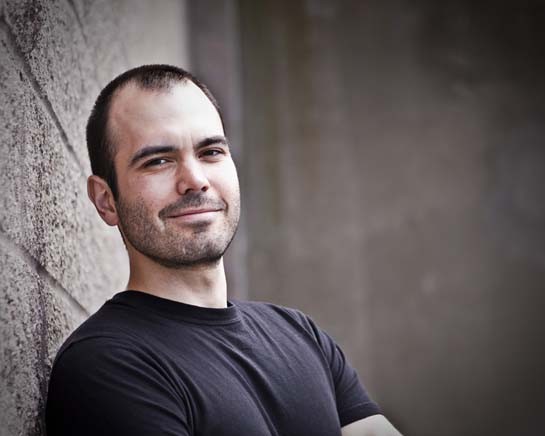 An overarching anti-capitalist theme brings together a wealth of art installations and performances. Labelle agrees that a fun sense of irreverence also pervades the 2017 programming, which kicks off with an event certain to evoke smiles: "Spring Break from Capitalism, with ice cream." The refreshments will be served after the annual Halifax May Day March; independent ice cream shop Dee Dee's was formulating a top-secret commemorative flavour at press time. A "rad slushie machine" will also be on site, raising spirits and the festival's fun quotient.

"Here, in this sense, 'spring break' is in relation to May Day being both International Workers' Day, but also in many countries, a celebration of spring. It's a celebration of both the rejuvenation of life and the cycle of seasons, but also a rejuvenation and rebirth of the society, going beyond capitalism. So those are kind of the themes that are going to be explored at the reception."

The present-day Mayworks Halifax director first joined the festival as a presenting artist, in 2012. Labelle's street theatre puppet troupe "Puppets Et Cetera" gave an outdoor show near the Halifax Farmers Market. "Ethical Food = Ethical Work" highlighted "a missing discourse on the Local Food movement, where there was an absence of consideration of labour," he explains. The following year, he joined the labour council's festival subcommittee, becoming lead organizer in 2014.

Programming counters the prevailing trend of increased reliance on corporate sponsorships in the arts. "The private sector comes with certain strings, maybe not explicit, but where you don't want to upset your sponsor with something which is potentially politically contentious, and therefore jeopardize your funding," cautions Labelle. "Even in terms of the public funding that we've received, certainly during the Harper years and still a bit since, a lot was earmarked for the celebration of the War of 1812; certainly during the Harper years, things which received funding tended to have a jingoistic undertone, and still now, with Canada 150, it has a very nationalistic mandate."

Two Mayworks performances are definitely not circumscribed by those considerations. In "New Waterford Boy," Richie Wilcox invites audiences to enjoy a traditional Cape Breton ceilidh, but one which incorporates memories of growing up gay and artistic in a setting known for coal mining and a certain brand of hetero-normative cultural nostalgia.

Wilcox and husband Aaron Collier have recently launched Heist, their theatre company, which will be presenting "New Waterford Boy." "I'm really excited because we do it in Halifax for Mayworks; then I'm taking it to Parrsboro to the Ships Company Theatre in August; and then the plan is to take it to Cape Breton in September," says the director/performer. "Ultimately it's a tribute to Cape Breton, while I do bring up my own personal experiences and questions about 'How do you survive in Cape Breton, as a queer man?'"

A very young Wilcox sang with Cape Breton's first lady of song, Rita MacNeil, on her first TV Christmas special. "I grew up a five-minute walk from the cliffs, beside the ocean, right by the No. 5 Mine, and I don't have fishermen in my immediate family — my father was a teacher, not a miner, and my mother was a social worker," laughs the former Canadian Idol finalist, acknowledging that from childhood, he didn't correspond to regional stereotypes about masculinity.

Despite having a grandfather who worked as a miner, and a husband with the last name "Collier" (literally, "coal miner"), Wilcox always found himself immersed in sports and music. "I could never picture myself in a mine, but I know all of those songs off by heart and feel a connection to them."

"New Waterford Boy" seeks to capture the nuances of a cultural identity Wilcox says he wants to reclaim. "Queerness has become more mainstream, and while there are still issues, Cape Breton has allowed that," he points out.

The working-class music of the region was historically a comfort through economic hardships and labour struggles. Today, Wilcox calls the traditional songs, particularly those of Alastair MacGillivray, no less of a comfort, although call centres have replaced collieries. "It just kind of permeates the culture; if you're brought up with it, you don't question it. The roots are very strong in Cape Breton."

The strength of cultural roots also informs Raven Davis' "The Decelebration of Canada 150." Mayworks screened Davis' film "It's Not Your Fault" as part of its Reel Justice film program in 2016, and sought further input from the multidisciplinary director/producer.

"I've been working on an exhibit, 'The Decelebration of Canada 150,' but I'm exhibiting the actual art show at the Khyber Arts Centre in June, and that has kind of been in the works for two and a half years, conceptually," notes Davis, who hails from the Anishinaabek (Ojibwa) Nation of Manitoba.

"Actually, up until a year and a half ago, before all the announcements, I wasn't really paying attention to the confederation and didn't apply for specific Canada 150 funding." The timing of Davis' research and art wasn't influenced by the government-promoted celebrations, but by a longstanding passion for social justice and Indigenous rights.

Either way, says the Mayworks presenter, "It's not the responsibility of artists who are Indigenous to have to be informing of Canada's history. This is something our institutions should be doing on their own: creating a curriculum to bring awareness for our children and university students, to understand what has happened, and what continues to happen, to Indigenous people.

Not wishing to satisfy audiences seeking a clichéd "Indigenous performance," nor draw the attention of those who might deem the event an act of "civil disobedience," the Two-Spirited activist/artist tells Our Times that they cannot divulge too many details about "The Decelebration of Canada 150" in advance. Suffice to say that official versions of local and national history will find themselves destabilized.

"There's this major myth, and we don't just celebrate it at Canada 150. We retell these narratives every single year," says Davis, who promises only an evocative "duration piece" to raise questions, not provide easy answers. "I think people are going to be surprised that it's actually quite sombre, or maybe reverent is the right word for it."

"You know, I wish I could stand there, just with a mic, and talk about that, but instead, I hope the silence is louder. I hope that the people who do write about this and actually do an interview, that there is some sort of solidarity in trying to get across this message as strongly as I'm trying to communicate it."

Sébastien Labelle stresses that Mayworks' mandate is to assist with production and promotion of work like Davis' and Wilcox's shows. Because of the increased role of corporate sponsorship in the arts, "for artists who want to be critical of that, it can actually be quite difficult to find financial support for those projects," he observes.

"What this causes over time is, I think, a depoliticization of the arts scene, and a trend towards trying to please all, or the commercial. So Mayworks really offers an opportunity to buck those trends and really provide a space for artists who want to be political, to have the opportunity to do that work, and it makes it feasible for them to actually work doing it and be paid for it. It becomes not something that they do on the side, but part of their career path."