Supporting Workers during the Pandemic, and After 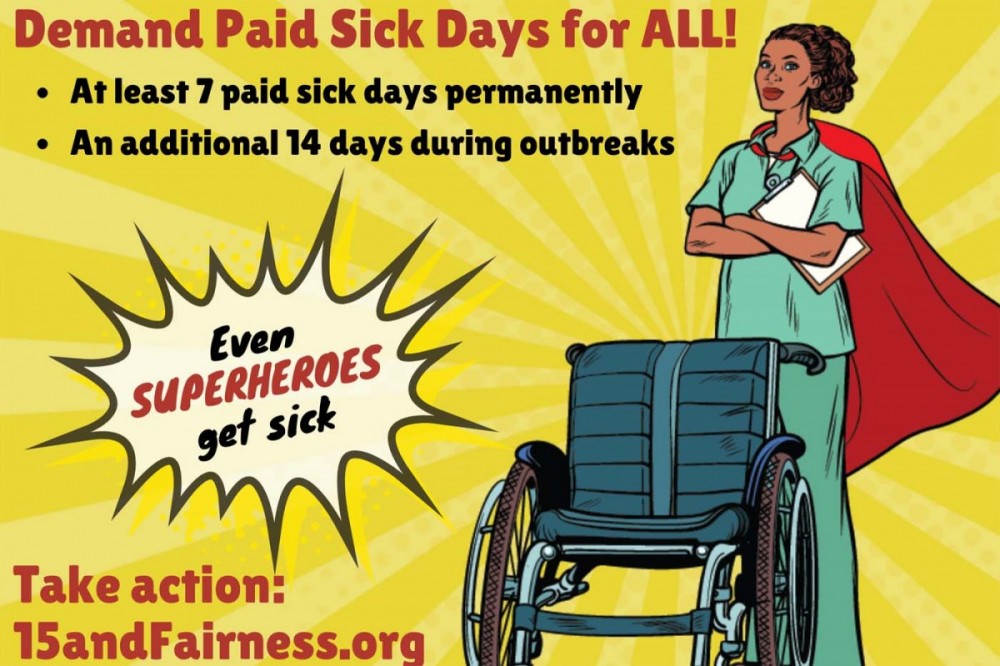 A funny thing happened on the way to the pandemic: a government that had worked ferociously to sabotage the incomes and working conditions of so many people suddenly began trumpeting itself as a defender of workers.

Actually, the Ontario Conservative government’s record on labour issues is anything but funny. Along with the impacts of the pandemic, though, that record offers important lessons for workers in Ontario and across Canada.

To its credit, the previous government, Kathleen Wynne’s Liberals, introduced major increases to the $11.40 per hour minimum wage in 2017 that would have seen it rise to $15 per hour by 2019. But when power changed hands in June 2018, Doug Ford’s Conservatives wasted no time making life tougher for low-paid workers by cancelling the final phase of the increase, freezing the minimum wage at $14 per hour. Some 480,000 workers in Ontario survive on minimum wage.

As part of its Fair Workplaces, Better Jobs Act (Bill 148), the Wynne government had also planned to hire 175 employment standards officers — people who investigate complaints and inspect workplaces for issues such as failing to pay minimum wage, overtime, or public holiday pay. (A 2016 report commissioned by the Ministry of Labour to review the province’s workplace standards found that Ontario was facing “serious” and extensive problems enforcing basic employment rights.) About 75 officers were hired before the Liberals were voted out and a hiring freeze announced.

The Ford government also repealed those sections of Bill 148 that would have afforded workers in precarious employment more protection and entitled temporary workers and part-time workers to the same hourly pay rates as permanent full-time workers. At the same time, the government failed to implement a law that would have given stronger health-and-safety protections specifically to employees of temporary-help agencies.

Then the pandemic hit. And the Ford government began singing a new tune — at least to the public. Faced with widespread outrage over hundreds of COVID-19-related deaths at Ontario long-term care homes, the government proclaimed its support for the men and women (mostly women) who care for our elderly loved ones. In April it announced a temporary pay increase of $4 per hour for frontline workers in long-term care homes and shelters, and for some workers in hospitals.

The government is now also spending hundreds of thousands of dollars on ads thanking the “heroes” who are keeping essential services and businesses operating during the pandemic, but a short time ago the same government claimed there was no money to hire employment standards officers, whose job it would have been to protect the rights of the lowest paid among those heroes.

Ford praises the “grocery store staff who are keeping food on our tables,” effusively labelling them heroes as well, though not so long ago he denied them, along with so many others, a badly needed $15 minimum wage. Maybe the pandemic has opened his eyes? We can hope.

The pandemic has devastated the lives of working people, and their families, all across Canada. Hundreds of thousands of people have lost their jobs or had their work hours slashed. But the pandemic is also spotlighting the critically important work done by workers in our supermarkets, hospitals and long-term care homes — people, again mainly women, who often endure low pay and poor working conditions, and whose issues have, until now, largely been ignored.

These frontline workers are finally receiving the gratitude they deserve. A window could be opening for making substantial improvements in their lives — and for exposing governments that refuse to revise laws and regulations to make this kind of change possible.

In Ontario, for example, the labour movement and its allies are already pushing the Ford government on a number of fronts. Now is the time to redouble efforts and push the government to show that it respects all working people.

How? The government can immediately end its one-per-cent annual cap on wage increases for public-sector workers. It can revitalize pay equity so that jobs primarily filled by women workers, racialized workers and contingent workers are accurately evaluated and properly compensated. It can also remove barriers for workers who wish to unionize by applying rules for the election of workplace representatives that are no more stringent than rules governing the election of MPPs. Similar proposals could be advanced in other provinces.

As COVID-19 slowly releases its grip, or we learn to adapt to this new normal, a growing number of voices are encouraging us to think about the kind of society that will emerge post-pandemic.

Will we simply accept grotesque inequality — a province in which nearly two million of its 14.5 million citizens live in poverty? Will we accept government claims that we must tighten our belts to recover economically, as if many people haven't already tightened their belts to the last notch? Will we go back to business as usual? Or will we insist that working people finally receive a fair share of the wealth they create?

Shalom Schachter is a Toronto lawyer with 45 years of experience working with the labour movement. Murray MacAdam is a writer working on a book about poverty in Ontario. Both are involved with the Interfaith Social Assistance Reform Coalition, ISARC.