From “Héros” to “Fachos”? Populism in the North of France 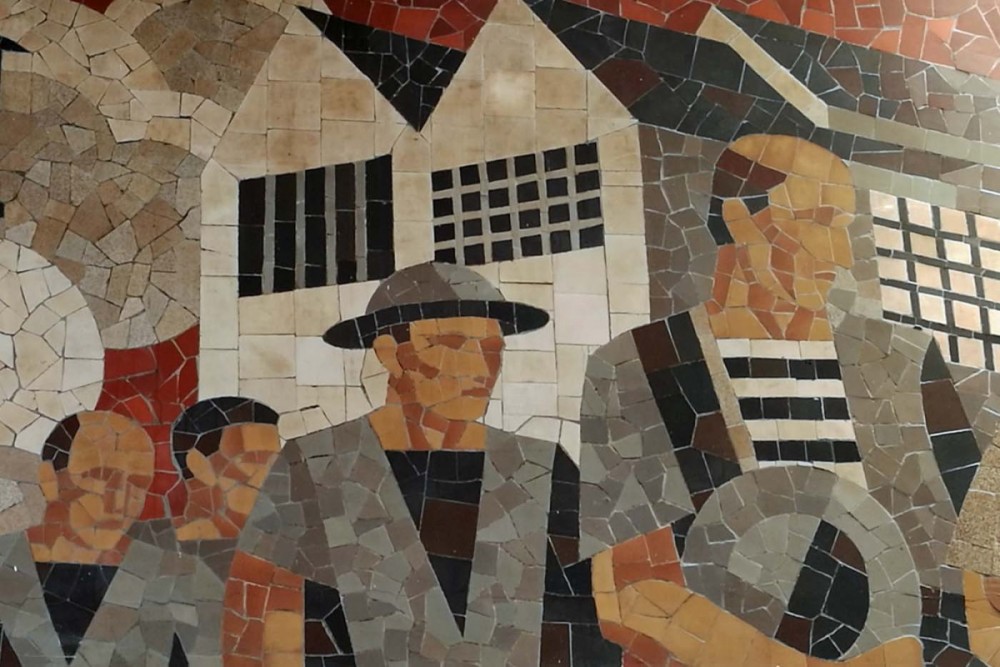 Mosaics by Auguste Labouret (1871-1964), evoking the spirit of mining, adorn the train station hall in Lens, once a major industrial town in northern France.

The old mining and industrial basin in the north of France, between Lens and Valenciennes, was once the political bastion of the left. The region’s miners and steelworkers symbolized France’s industrial proletariat at the end of the 19th century, as depicted in Émile Zola’s renowned 1885 novel, Germinal.

The French left, notably the socialist and communist parties, as well as France’s trade unions, saw the North Basin as a place where they could build a unified and militant working-class movement. Over time, the left encouraged the idea that the working class of the region was homogeneous and the North Basin was a place where migrant workers from Belgium, Italy, Poland, Morocco, and Algeria set aside their cultural differences to form a single class identity forged in labour and political struggle.

The old North Basin, once the beating heart of industrial France, is now viewed by many as archaic — a region left behind by post-industrial and digital modernity.

After experiencing multiple waves of deindustrialization, starting with the area’s mines and textile factories, and then its steel mills, the North Basin is now firmly associated with mass unemployment, towns and cities in crisis, social exclusion, environmental problems, and the degradation of social structures.

But the image of the North Basin has also been politically altered. Since the presidential election of 2002, it has become firmly associated with the extreme right. During that election, the National Front pushed out the Socialist Party in the first round of voting, in no small part because of the region’s support. It marked the first time the extreme right garnered enough votes in a general election to make it to the second-round election. Once synonymous with the heroic working class, the North Basin has been recast as a menace to democracy itself. 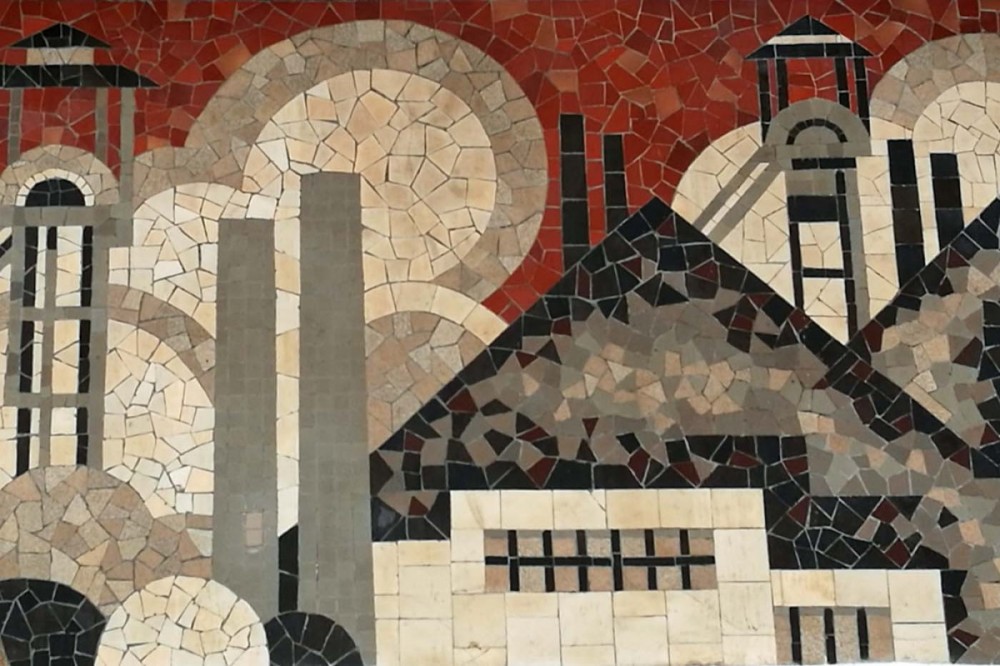 In recent years, members of the deindustrialized working class in France have been regularly dismissed as manipulated fools or condemned as the carriers of fascism. Even the French left, or what remains of it, has adopted this political rhetoric against voters who previously supported it.

But this entrenched interpretation of the political “fall” of France’s North Basin to the extreme right, a conclusion often drawn about other heavily deindustrialized areas of Europe, simplifies and distorts the industrial past and the post-industrial present.

For starters, industrial workers were never as unified, as politicized, or as left-wing as we like to remember.

Questions need to be asked: To what degree was the historic working class fractured by religion, culture, and ethnic origin? To what degree is it still fractured by these today? For example, Polish workers arriving in the late 19th century were profoundly influenced by Catholicism. And, the industrial organization of work often widened rather than diminished social divisions. In the 1960s and 1970s for instance, securely employed local workers, many of them having immigrant backgrounds themselves, set themselves apart from newly arrived Moroccan workers, who were relegated to precarious contracts. This differentiation of the industrial workforce meant that recent migrants had little support or protection when mines, mills and factories closed. 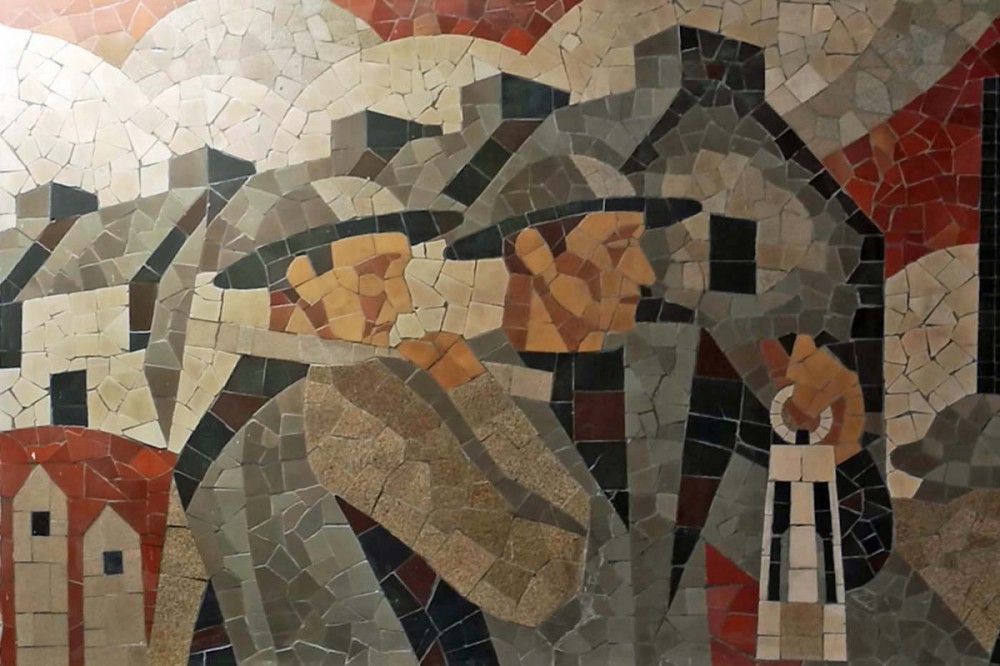 The negative portrayal of France’s North Basin is also based on a mistaken interpretation of the present. In many ways, the national media has contributed to the rising populist vote in the region by stigmatizing working-class people as “beaufs,” “petits blancs,” or “fachos.”  These pejorative words are difficult to translate into English, but they are not unlike “white trash” in the United States or “chavs” in the United Kingdom.

The media also tends to project the many social problems that France faces, ranging from racism to industrial ruination, onto the North Basin rather than seeing them as national problems found in many rural areas, and on the urban periphery.

Historians and social scientists need to understand better who votes for the populist right and why, and how that pattern of voting connects to the industrial crisis and a lost way of life.

To do this, we must leave behind common stereotypes and generalizations about industrial regions like the North Basin to truly understand the tensions and divisions that have nourished political alienation. We must also see that, at the same time, many working people are in fact expressing their hopes and dreams of equality, inclusion, and a new relationship with the French state.

It is essential that we set aside our idealization of the industrial past and our hellish perception of deindustrialized areas as they are today. The political reality is much more complicated.

Marion Fontaine teaches contemporary history at the Université d’Avignon in France and is the author of Fin d’un monde ouvrier: Liévin, 1974.