Divided We Will Fall 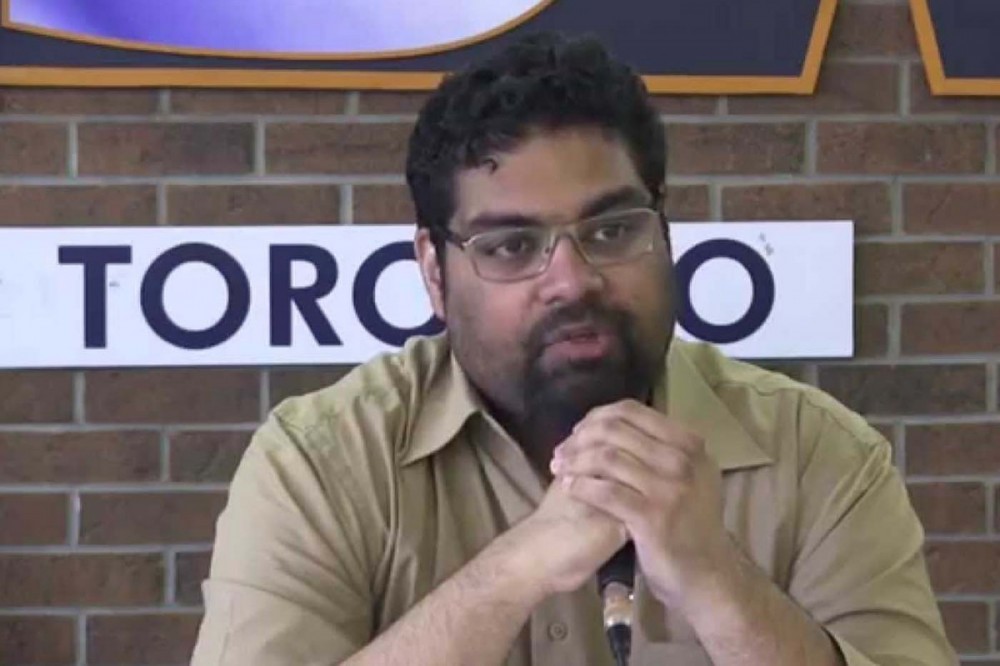 PHOTOGRAPH: FROM UNITE AGAINST AUSTERITY PANEL (2015)

Glued to my social media news feed for the past few weeks, I have been left speechless by the latest bloodletting in Canada's labour movement. The fight between the Canadian Labour Congress, Unifor, UNITE HERE and many more affiliates has opened a hornet's nest in the house of labour.

So much for the old saying "United We Stand, Divided We Fall." I guess if the saying is true, then we are on the verge of a colossal collapse into the abyss as different elements of the labour movement stake their claim for supremacy. Yet, in this fight, there ain't gonna be any winners — only a fractured and weakened institution that will quickly become irrelevant unless drastic steps are taken to end wasteful conflicts like this one.

My main grievance, not mentioned by anyone thus far that I know of, is how racialized workers are being played against one another. Forget the appeals to democracy or nationalism — the most odious appeals have been to race and ethnicity.

Part of this nasty fight has included voluminous legal documents, posted by both sides, which have been shared widely on social media. They allege, among other things, that UNITE HERE Local 75's executive was fractured between those who supported then president Lis Pimental (now president of Unifor Local 7575), and those who did not, and that these divisions partly reflect pre-existing racial tensions within the membership, which is largely racialized. Social media is littered with pictures and videos of mostly racialized workers in conflict with other workers of colour — one of the most offensive outcomes of this civil war.

WHERE IS THE LABOUR MOVEMENT WE FOUGHT FOR?

The sad truth is twofold. From my vantage point of close to 20 years of labour activism, one thing is clear: the people at the top don't reflect the people in the trenches fighting this conflict. I can't think of one union that reflects the ranks of its racialized workers.

I watch in anger as labour leaders admonish one another while their own internal unions are rife with conflict about their own discriminatory practices. Let's be clear, no one has clean hands.

RACISM IS NOT NEW TO LABOUR

Racial conflicts are nothing new in labour. Capitalism is premised on exploitation in order to maximize profits. Workplaces are designed in such a way that workers compete against one another. The structures of labour unions are built on the same premise.

Those rallying for labour democracy, please take a moment to look in the mirror and ask yourselves: is my democracy based on zero-sum-winner-take-all notions of democracy? If so, then your democracy instead represents the most undemocratic notions of labour unions, especially when entire racialized communities are excluded or silenced in the decision-making process.

National or international appeals for solidarity are also meaningless unless steps are taken to build racial unity and solidarity one workplace at a time. Every time I hear "immigrant workers" romanticized I cringe in anger, thinking of how the labour movement has failed to draw connections between trade agreements and policies that destroy the countries where immigrants are migrating from.

It's time to move beyond the appeal to protect Canadian or American jobs. It's imperative that we demand an end to trade agreements, period, that are premised on increasing the clout of investors; trade agreements that eliminate barriers to the movement of capital, destroy labour unions, and pit workers in the Global North against workers in the Global South. It's counterintuitive and a failed strategy to celebrate immigrants but support policies that destroy their home countries and their families.

WHAT STEPS CAN WE TAKE TO CHANGE THINGS?

Internally, in our collective agreements, what steps are we taking to address workplace divisions? How are we weakening the employers' power to perpetuate these practices?

How do the constitutions of the affiliates or the CLC grapple with the pervasive role that racism plays in the workplace? For example, how does the much-discussed Article 4 of the CLC constitution — the section that addresses "raiding" or union members leaving one union to join another union — address the root causes of workers' dissatisfaction? Does it address racial divisions and attempts by labour unions to accentuate these already existing tensions?

Section 24 of the CLC Charter, titled "Code of Union Citizenship," purports to protect workers from discrimination in their unions. How can workers use this and other sections to compel unions to end discriminatory practices against racialized workers?

Finally, I cannot think of any labour conferences or workshops that have attempted to grapple with these types of divisions. There is a long history of resistance and fight-back, where workers successfully fought and won against attempts by both employers and unions to reinforce both racism and white supremacy.

HOW CAN WE BUILD SOLIDARITY?

At the moment, I feel no hope for a satisfactory resolution to the current crisis. Friendships will be broken, trust will be lost — and people's livelihoods are at stake.

If there is a genuine commitment to the principles of democracy and racial solidarity, labour politics can no longer be based on zero-sum thinking. Nor should we premise our work on pragmatic reforms that lose sight of the long-term goals of transforming not only the labour movement but also society as a whole.

The non-unionized workers who will fill our ranks deserve better. How can we build solidarity when we present a divisive image of labour to workers who want an end to racially divisive practices in their own workplaces?

We will all be losers if this continues. While the big boys fight amongst themselves, we need to continue to work on the ground to build solidarity and to create spaces to fight back against divisions and begin the dialogue that is so desperately needed at this moment.

It is also imperative that we create and sustain spaces outside of the mainstream of labour, where we can continue to build strength and solidarity, countering racial divisions and white supremacy. From where I stand, there is no one union that has the resources to take on Tim Hortons or any of the other serial violators of workers' rights.

Change needs to move beyond posturing, and beyond begging for scraps and crumbs left at the edges of a table that none of us played a role in setting.

The future should hold promise and hope for the next generation of labour activists; they shouldn't be sold short with a vision that is tainted by the legacy of white supremacy and racism — something that permeates every segment of the labour movement today. To counter this we need to be bold, to be confrontational, and to demand a movement where we are truly each other's keeper.

This article originally appeared in Spring 2018 of Our Times Magazine. Support our work by subscribing, advertising, or donating today!