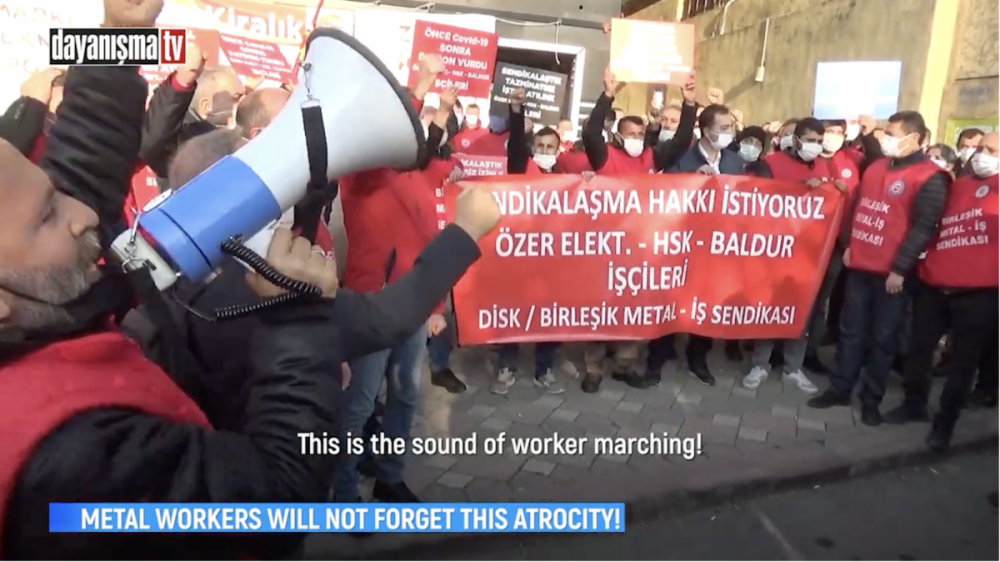 It pains me to keep having to point to events like the Unions21 mini-conference, Teaching and Supporting our Reps Post Pandemic — Best Practice and New Ideas. It took place (online and, therefore, accessible to Canadian unionists) in June of 2021. Look under “Events” at unions21.org.uk to view a replay and then please, please, please write me to tell me that your union or labour council or fed or local has done or is planning something similar. You’ll, I hope, excuse me if I hold neither breath in my lungs nor hope in my heart while I wait.

The UK may be a hotbed of this kind of thoughtful self-criticism by trade unions, but those unions aren’t the only ones analyzing their successes and failures when it comes to shifting online. Free on Google Books is Trade Unions on YouTube: Online Revitalization in Sweden, by Jenny Jansson and Katrin Uba. The publisher’s blurb alone is worth a twitch or two. It explains that the authors examined 4,500 Swedish trade union videos on YouTube. Let me ask you. In 2019, when the book was published, were there even 4,500 Canadian trade union videos on YouTube?

Speaking of online solidarity videos and such, check out dayanisma.tv from Turkey. (Dayanisma being the Turkish word for solidarity.) While you’re clicking and scrolling away, head over to the Confederação Brasileira do Trabalho (CBT) site and check out the video pods and courses this Brazilian union puts out. The latest to catch my eye and make me wish I could do more than order food in Portuguese is the CBT series explaining the concept of social class and class consciousness for union activists. Not the kind of workshop that would see a huge turnout anywhere in Canada, except perhaps in a large city. But online makes for a huge pool of potential participants to dip into. With one or two notable exceptions, Canadian unions that discovered online video back when COVID-19 first hit seem to be managing to forget what they learned. Or mebbe they learned that online video wasn’t useful, but have decided to keep those details under wraps.

While you’re checking out the CBT site, take a step back and really look at it. Do the same with the websites of the other major Brazilian unions, especially those of the CUT (Central Única dos Trabalhadores) and the CSB (Central dos Sindicatos Brasileiros). Are they unions or political parties? Or both? Whatever they are, they’re doing interesting stuff on a daily basis, and their websites reflect that level of engagement. I’m not just talking about unions engaging as institutions but about workers engaging as members. Compare their news pages to those of your national or international union, to those of the Canadian Labour Congress or any smaller central unions here in Canada.

There’s inspiration to be had there. And perhaps a bit of envy. Nuff said? 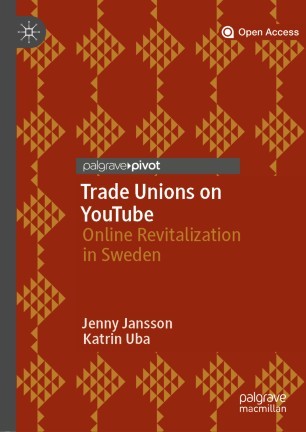 TAKE IT TO WHERE THEY ARE

I’ve had some pretty creative epiphanies in hotel bathrooms over the years. Many of them union-related, believe it or not. One notable one came to me in a lovely little Dublin hotel during my first visit to that city, sometime in the last century.

The hotel piped the sound of my room’s TV into the bathroom. Meaning that, whilst getting ready for a night on the bricks, we could at least listen to Coronation Street. Back then this inspired me to place wireless speakers in washrooms and smoking areas in various locales, but the underlying principle of using the available tech to “take it to them wherever they are” applies to the surge in pandemic-related online videoconferencing for union events. A shame there’s as yet no real study of the shift to online meetings, but the anecdotal evidence remains consistent: attendance is up, especially among workers who, in the past, experienced meeting times and locations as barriers to participation. Most obviously, this means women workers and workers with multiple jobs.

Yet there’s evidence that many local and perhaps even national unions are planning a return to pre-pandemic practices. Sigh. Balance people, balance. Meatspace and cyberspace are not mutually exclusive. A meatspace local union meeting can easily be streamed, so the folks making dinner for the kids can participate. One version of pre-pandemic normalcy is the return of movies to our local cinemas; union meetings that workers can’t get to is another.

Streaming meetings is just one innovation we’ve seen in the past 18 months that we should, that we need to, hang on to. There are others, like the use of Skype to take union safety wonks on tours inside problematic workplaces in the UK, or the Alberta Union of Provincial Employees (AUPE) having Noam Chomsky host a movie night streamed for its members.

UK unions are committed to not going back to “normal.” A recent study by the Digital Lab of the Trades Union Congress (TUC) connects the dots between Zoom meetings, increased accessibility for traditionally excluded members and, get this, a 42 per cent increase in the number of union members who open emails sent by their unions. If I hadn’t already used the “hold my breath” line above, you’d be reading it here. You can find all the details here.

For fear of making us all weep at what is not on offer here in Canada, I won’t even mention the Digital Lab’s “System Prototyping” education series for union webheads. (For all you non-webheads out there, that’s how to build a model of a system you’re designing and then test it out before unleashing it on actual humans.) If I did mention that series, I’d also have to toss in a reference to the Lab’s “Discover, define, develop: A model for designing for change in unions.” It’s a three-step approach using the digital side of things to support serious organizational change and development in trade unions.

But since most of you reading this are active in Canadian unions, mentioning all that would just be cruel. Downright sadistic even. So I won’t.

Twenty-plus years on, the received wisdom at LabourStart remains just that: Email is the killer app for online organizing. In the past year, we’ve run more than a few online actions with broad appeal — campaigns that attract folks who don’t consider themselves union activists. We worked hard, and successfully, to get high-profile Twitterers and Instagrammers on board — people who had a lot of cred and a ton of followers. In each case, those allies of ours also worked hard and invested a lot of their precious time to get their hundreds of thousands of followers participating in our online actions. The result? Not worth the effort. We got way less of a response than we would have from an email that could have been put together and sent in minutes. A lesson worth repeating, along with this even more crucial nugget: Build your email lists!

The European Trade Union Institute (ETUI) produces a lot of solid research on a variety of issues confronting Euro unions. Truth be told, not all of it is easily translated to the Canadian context. At least not at first glance. Dig just a little deeper, though, and filter out references to EU regulations. If you do, you’ll find a lot of useful stuff available on their website. The ETUI’s Foresight Brief is a series that helps prepare unions for what’s coming. “Algorithmic Management and Collective Bargaining” is just one recent instalment in the series. It takes a look at the future of work and some potentially scary practices embedded in AI systems, and how we can push back. I’m pretty sure I don’t buy all the conclusions, but the publication does a pretty good job of grappling with a challenge many of us have yet to come to grips with, though all of us will have to. Download a free copy at etui.org.

Notice I didn’t say a single disparaging word about Facebook (or should I say Meta?) this time around.

Don’t worry, and stay tuned. Coming soon to a Metaverse near you.