As The Weather Turns 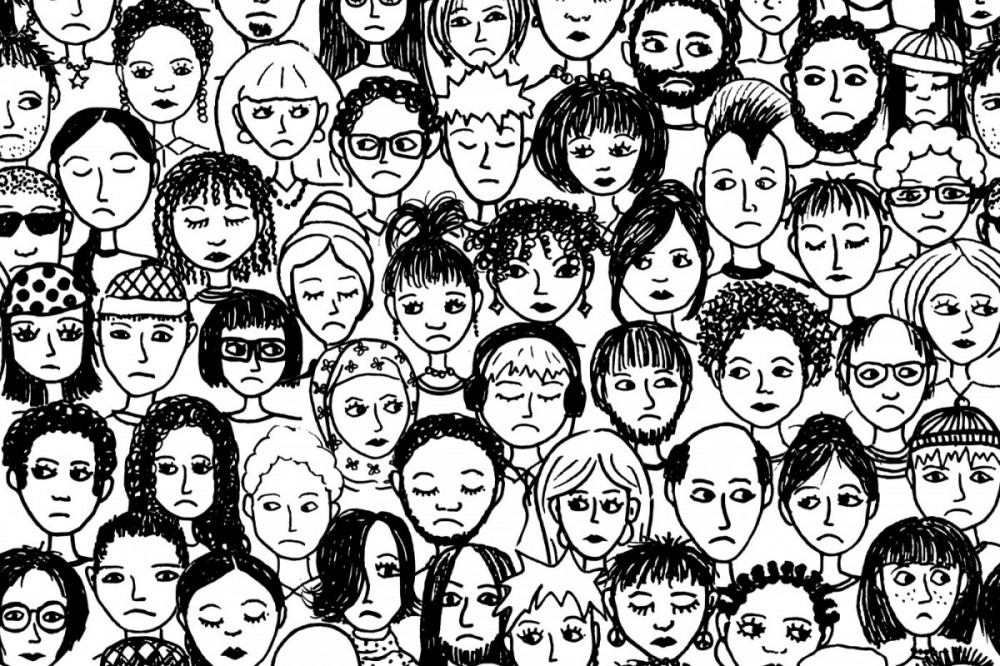 Like so many women I know, I am oscillating between fear and rage these days. The confirmation of Brett Kavanaugh to the United States Supreme Court, in the face of the charges of sexual assault that Christine Blasey Ford brought forward, nauseates me every time I remember it.

If someone with this psychology professor's poise and unshakeable credibility is not believed, then what hope is there for the rest of us? Not just because few of us could maintain such calm in the face of the stupidity of Kavanaugh's defenders, but also because few of us can lay claim to Blasey Ford's inherent privileges. If she is lost, then surely so are we all.

IT'S NEVER BEEN EASY FOR WOMEN

It's never been easy for women, but these days it seems as though everywhere I turn, things are only worse. As 2018 came to an end, I found myself confronted by images of mothers in Yemen watching their children starve, rape victims suffering in the Congo, and desperate women and men from El Salvador, Honduras and Guatemala trying to walk into better futures in the United States; my heart quails for them.

And then there's Jair Bolsonaro, the far-right president of Brazil who loves the military and guns, and opposes same-sex marriage, abortion, affirmative action, and women's rights. This fascist's election is raising concerns about the BRIC nations (Brazil, Russia, India and China) sliding into totalitarianism in their desire to create an alternative locus of global power to the U.S.

These countries began the century with the promise of democracy and equality for their many, many millions, but have all turned to ever more repressive governments. In electing Bolsonaro, Brazil is following a path blazed by India in electing Narendra Modi, another strongman with popular appeal (and a penchant for privatization).

FORD TURNS BACK THE CLOCK

Here in Canada, Ontario's premier, Doug Ford, has already turned back the clock on sex education, environmental protections, truth and reconciliation, and workers' rights. And, of course, across the border there is Trump, presiding over the U.S., and sometimes, it feels like, the world.

Though the results of the American midterm elections do offer a spark of hope, the viral strain of right-wing populism that is at work here is difficult to stomach and hard to fight: facts don't matter to those who support the views — it really is hard to call it an ideology — heralded by the likes of Bolsonaro or Trump.

How do you reason with someone who would "rather his son die in a car accident than be gay" (Bolsonaro, Playboy, June 2011)? How do you discipline a president who tweets about "fake bombs" and "fake news" at the very moment pipe bombs are arriving at CNN's newsroom?

THE ELEVATION OF TOXIC MEN

The elevation of these entitled, privileged, toxic men has made it more acceptable in our societies to spew racism, anti-Semitism, Islamophobia and homophobia; to ooze sexism in word, leer, and deed. Views and actions that were unacceptable under other, more careful, regimes are now commonplace. I'm not suggesting that, pre-Trump, there was no racism or transphobia in our public spaces, but these elections have changed how publicly acceptable such hateful discourse is.

At times I despair, since it seems as though our answers — education and civil society activism — aren't successful in cutting through the poisonous us-against-everyone-else narratives that the Trumps, Fords and their ilk are pushing. What can we do to make a difference in such a divisive world?

I remind myself to look for systemic change, not just sentimental action that makes me feel better in the moment.

I know I am lucky: I can donate to UNICEF's Yemen appeal; it is appalling that more than 80 per cent of that population is desperate. But I have also written to my MP to demand that Canada stop selling weapons to Saudi Arabia. If this throws people out of work, I want these workers to be supported and trained, and other work found for them. I do not buy into the argument that the military-industrial complex cannot be untied. 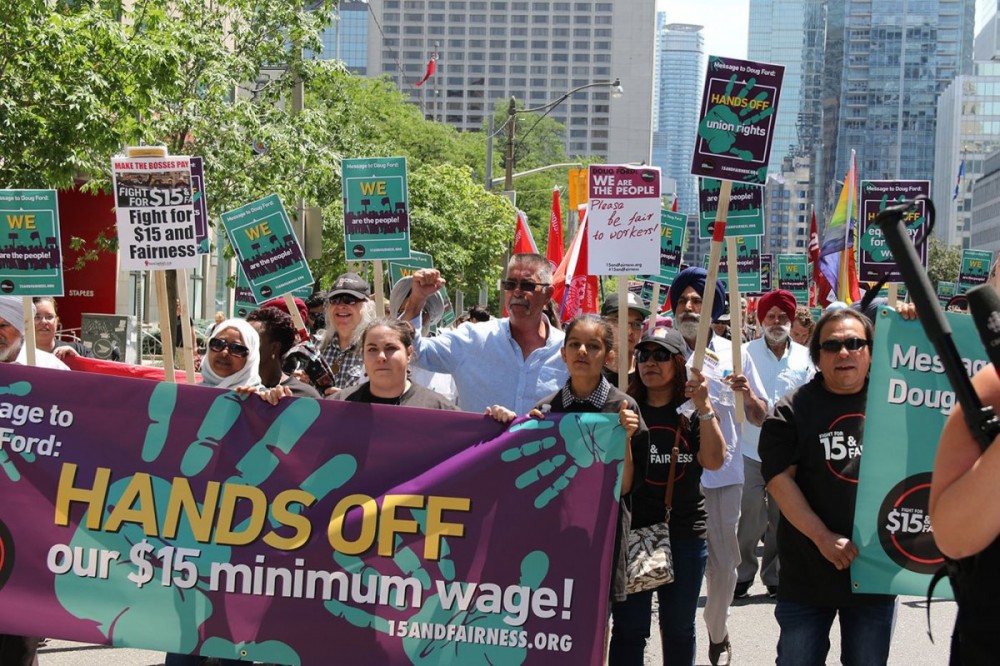 WE NEED ACTION BEYOND LOBBYING

We also need action beyond lobbying and writing to politicians. I am inspired, for instance, by campaigns such as Fight for $15 and Fairness. In Ontario, they are truly taking the fight to Doug Ford's home turf, making Ford's backbench MPPs feel the pain every time they trespass on workers' rights.

Let's not kid ourselves that we will be able to stop Ford's Tories from continuing to inflict harm upon Ontario workers in the short term. Still, it's clear: going into Tory-held ridings is the only way to build capacity to take out this government in the next election. We need to talk to people who disagree with us, and we need to work in solidarity with those who are already on our side.

Far too often on the left we spend our energy fighting over which of us is more right than the other — or more left, as the case may be! Instead of finding and amplifying the differences of opinions among ourselves, let's find ways to make common cause with each other.

After all, the values we share, broadly speaking, are far greater than the differences amongst ourselves. We have much work to do. Here is to surviving this cold winter, and to living to fight another day — together.

This article originally appeared in Fall 2018 of Our Times Magazine. Support our work by subscribing, advertising, or donating today!