COVID-19 and the Need to Confront Racism

A Call for Education and Solidarity 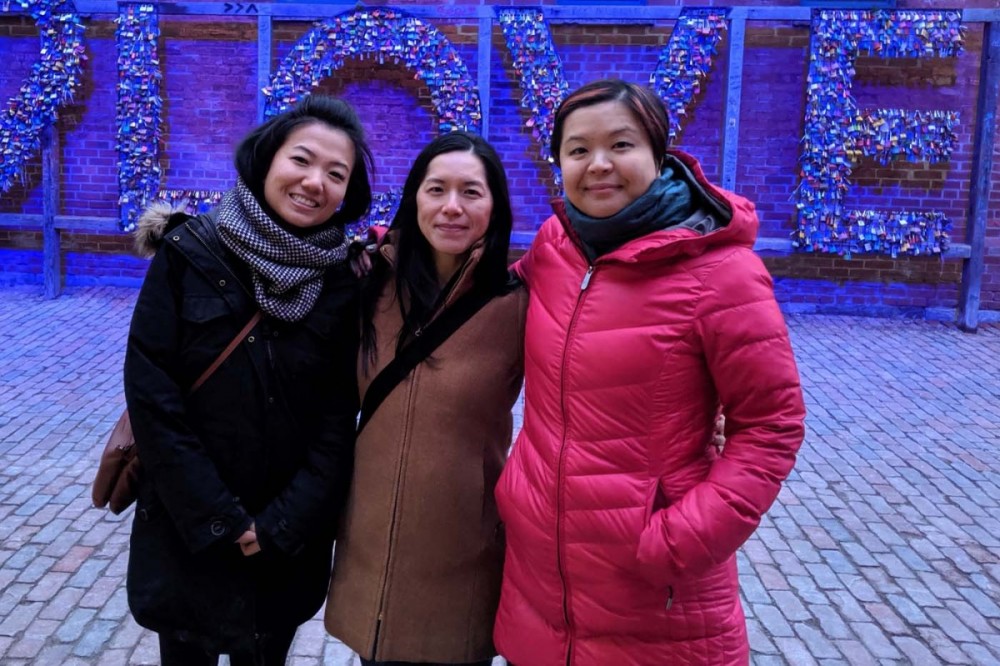 Toronto’s Chinese community is once again caught in a similar situation with the advent of the 2019 novel coronavirus, renamed COVID-19 by the World Health Organization. The threat of COVID-19 is devastating Asian communities and the countless workers employed in once-bustling restaurants and other parts of the service industry.

During SARS, many members of the Asian Canadian Labour Alliance (ACLA) were on the frontlines of the fight against the racism, xenophobia and panic that gripped our city. As a volunteer organization comprising labour and community activists committed to advancing racial justice both within the house of labour and in the broader community, getting involved was a no-brainer. From pulling together solidarity rallies to organizing dinners at restaurants whose business was suffering, ACLA saw the SARS epidemic as part of a larger historical pattern of targeting particular communities and scapegoating them during times of crisis.

The first case of COVID-19 appeared in Wuhan, China, and it has now spread to other parts of the world. As a result, Wuhan, along with neighbouring cities in China, has been quarantined and several countries have issued travel bans to and from China. Meanwhile, the World Health Organization has declared the coronavirus to be a global health emergency.

As of February 16, 2020, eight cases of the illness had been confirmed in Canada, with three of those cases in Ontario and five in Vancouver. Despite the Public Health Agency of Canada (PHAC) assessing the public health risk associated with COVID-19 as low for people living in this country, many are taking precautions. But in some cases, those actions are extreme and outright racist. 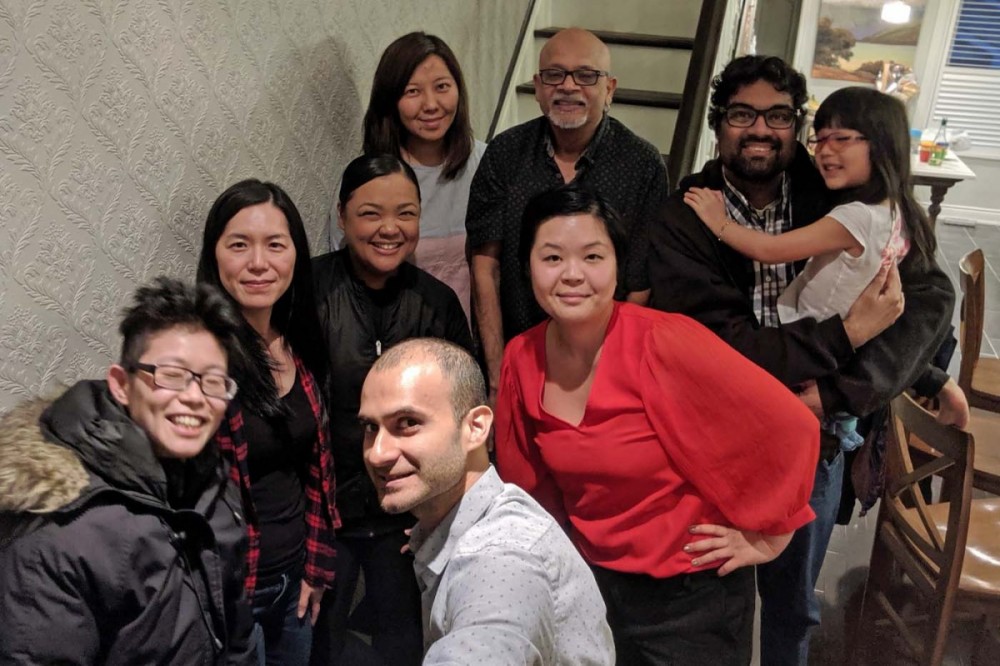 On a daily basis, we hear stories about how the East Asian community, and in particular the Chinese community, is being impacted by misinformation and scapegoating. Countless news outlets have reported incidents of racism in public places, including schools, and online.

The CBC recently interviewed owners of a popular Chinese restaurant in Toronto who said that as a result of the hysteria around COVID-19, many Chinese restaurants have been forced to cut hours. Others have cut staff. Still other "Asian" businesses such as bakeries, grocery stores and nail salons have reported being forced to do the same. Along with the painful reminders of anti-Asian racist reactions to SARS, there is renewed concern that the voices of frontline workers — often precariously employed to begin with — will be discounted, overlooked and forgotten. While community leaders have supported businesses in the wake of the current crisis, what have the consequences of that crisis been for the countless workers who live pay cheque to pay cheque?

Similarly, our governments at various levels have pressed fully forward to ease Canadians’ anxieties and to show solidarity with the broader Asian community. However, what’s missing in this response are steps to protect vulnerable workers who are laid off or forced into greater precarity as a result of the current racial crisis.

True solidarity can occur by pressuring all levels of governments to take the necessary steps to protect workers in precarious employment. For instance, the federal government has been silent on much-needed reforms to make Employment Insurance accessible to greater numbers of workers by decreasing the hours needed to qualify for EI. As many workers may be non-status, steps should be taken to expand coverage to all. Furthermore, training and educational programs should be expanded under EI to assist workers facing unemployment and underemployment as a result of COVID-19.

Here in Ontario, the Doug Ford government enacted legislation that retroactively took away paid sick days and that forces sick workers to get doctors’ notes. As a group of medical professionals, part of the Decent Work and Health Network, recently wrote in the Toronto Star,  “[w]eak labour protections make it difficult for patients to follow these basic recommendations. Aside from two paid sick days in Quebec, three in federally regulated sectors, and one (after five years of employment) in PEI, workers in the rest of the country are out of luck. Times of crisis or intensified anxiety — whether it’s SARS, coronavirus or a bad flu season — reveal the inadequacies of these protections for our public health.”

Provide Health and Safety for All

Unions are also a key stakeholder in the coronavirus response. Many unions whose members deal with the general public have issued statements and communications to their membership. Visits to several union websites show a focus on protecting the health and safety of members. The messages range from calling on Canada’s public health agencies to protect frontline health care workers, to referencing common practices to prevent the spread of germs.

No doubt, the-health-and-safety protection of members is paramount. However, there appears to be little attention given to assessing the needs of members from an equity standpoint. Asian union members are dealing with the same concerns in the workplace, but they must also contend with racist and xenophobic behaviours and practices by bosses, colleagues, customers, and fellow union members — behaviours that often go unchallenged.

Our labour unions can and should play a pivotal role in countering the rise in anti-Asian racism. Unions can do this by taking proactive measures internally to ensure leaders, staff and members have the necessary training and know-how to combat discrimination in the workplace and union. Furthermore, they can reinforce the push for all levels of government to take necessary steps to protect all workers, whether those workers are unionized or not.

Elizabeth Ha, ACLA member and Ontario Federation of Labour vice-president representing workers of colour, says that “as a labour movement, we need to take an active role in raising consciousness within our membership to stamp out [the idea] that this virus is a “Chinese virus’ and stand up against the myths associated with the coronavirus. In addition, this is our opportunity to stand together with our community allies who are organizing on the ground to shed light on the injustices that have surfaced as a result.”

ACLA members believe unions can go further to do more: From health and safety committees learning the long, sordid and racist history of labour unions targeting Chinese businesses over hygiene; to EI committees pressuring government for much-needed EI reforms to protect the most vulnerable; to solidarity committees actively building solidarity with frontline healthcare workers across the globe and encouraging them to stand in solidarity with one another — these are some of the actions that can and should be taken. 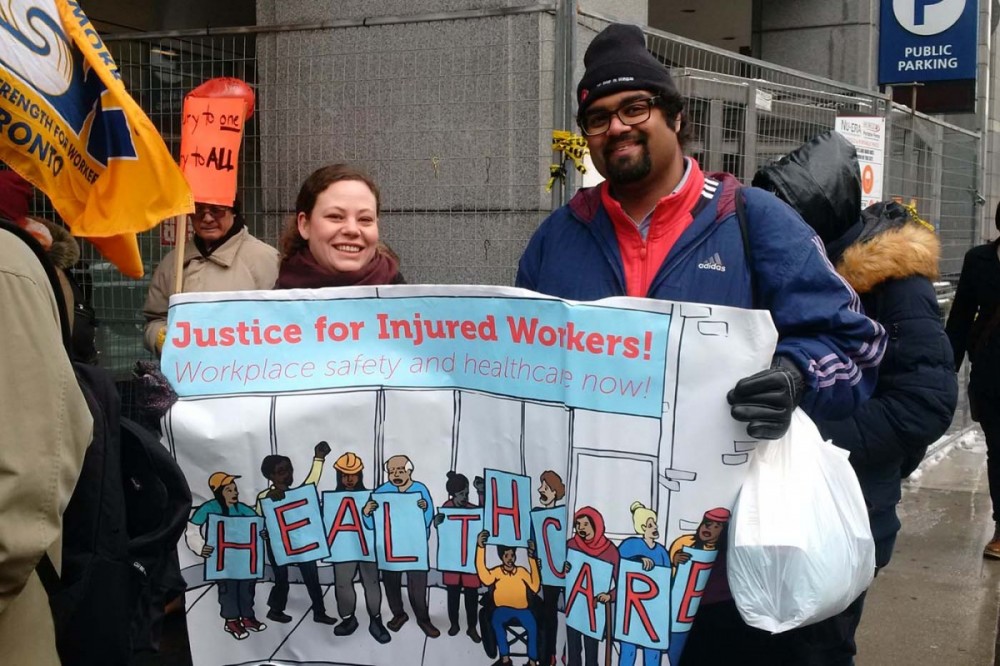 Chris Ramsaroop (right), co-author of this article, is is a founding member of Justice for Migrant Workers (J4MW). Jessica Ponting (left) is a member as well. PHOTOGRAPH: ANNA LIU

Labour unions are central to creating spaces so rank and file workers can organize to have difficult conversations that include countering myths and organizing collectively to fight back.  Workers of colour committees can be instrumental in developing spaces where we can come together to build a larger space of resistance to address all forms of racial profiling.

Finally, in our communities we see it as critical to do the work of addressing internalized racism and having the necessary conversations to counter popular myths and stereotypes, and to debunk them. As Asian workers, we must stand firmly against efforts in our communities to take positions and stances that further scapegoat us, that are counterintuitive and that work against our own community interests. This means not adding fuel to the fire. It also means advocating for further measures to prevent the racial profiling and criminalizing of Asian communities.

History repeats itself only if we forget the errors of the past. We are in the middle of a crisis, a crisis we can tackle head-on together by learning from the past and by forging forms of solidarity in the wake of ever-increasing attacks on Asian workers. Since Confederation, Chinese and other Asian workers have been targeted and denied equal membership in our society. By laying a foundation of inclusiveness, this can be our moment as a labour movement to send a strong message that we stand firmly against racism and an end to the racial profiling of communities across Canada.

Anna Liu is a union organizer and a CLiFF board member (the Canadian Labour International Film Festival). Chris Ramsaroop is a founding member of Justice for Migrant Workers (J4MW). They are both members of the Asian Canadian Labour Alliance (ACLA).