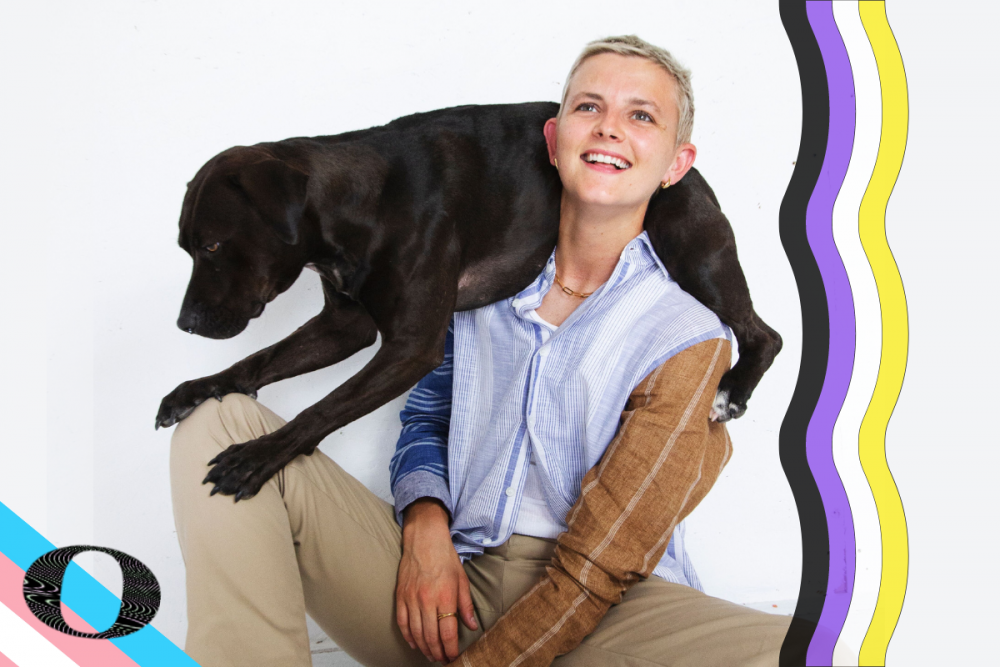 In 2019, Jessie Nelson was fired from their job as a server in a restaurant on BC’s sunshine coast. Two years later, in September 2021, the British Columbia Human Rights Tribunal (BCHRT) ordered their employer to pay Nelson $30,000 in damages for injury to dignity.

Nelson is trans and nonbinary, and worked at Buono Osteria in Gibsons, BC, for just over a month when they were told they were being fired without cause during their probationary period. This dismissal came just a few days after a heated discussion between Nelson and the restaurant’s bar manager, who had refused to use Nelson’s correct pronouns.

Our Times spoke with Nelson, and their lawyer, Adrienne Smith, to better understand what this win means for trans and nonbinary workers.

When Nelson was hired at Buono Osteria, they had a discussion with their manager about being a member of the trans community, and about their pronouns. The manager expressed a commitment to respecting Nelson’s identity and pronouns, though he indicated that he expected some staff might find themselves navigating a slight learning curve.

Nelson says they had no problem giving management and other staff time to learn to use the correct pronouns, and was understanding about mistakes.

And while some employees did respect Nelson’s pronouns — the 42-page decision even describes instances where one manager corrected staff who used the wrong pronouns — the restaurant’s bar manager did not. He deliberately misgendered Nelson, and used both gendered and inappropriate nicknames like “sweetheart” and “honey.”

Nelson asked him to stop, and to instead use their correct pronouns and name. The behaviour continued. Nelson sought support from their managers. Still, the behaviour continued. Finally, on what ended up being Nelson’s final day at work, they confronted the bar manager again, in a conversation that grew heated.

Days later, (and almost exactly a month after they started working at Buono Osteria), Nelson was fired. In a phone call, one of the restaurant managers told Nelson they were too “militant” and came on “too strong, too fast,” after Nelson had pressed him for an explanation about the firing (an explanation that went beyond being terminated without cause during Nelson’s probationary period).

In March 2020, Nelson brought their case to the British Columbia Human Rights Tribunal, and in September 2021the decision was issued that Buono Osteria, managers Michael Buono and Ryan Kingsberry, and bar manager Brian Gobelle “discriminated against Jessie Nelson in their employment on the basis of their gender identity and expression, in violation of section 13 [of the Human Rights Code].”

According to the ruling issued by tribunal member Devyn Cousineau, the BCHRT ordered that Buono Osteria, Michael Buono, Ryan Kingsberry and Brian Gobelle pay Jessie Nelson $30,000 “as compensation for injury to their dignity, feelings, and self-respect.”

Additionally, Buono Osteria was ordered to add a statement to the restaurant’s employee policy, affirming employees’ right to be addressed with their correct pronouns. The restaurant was also required to administer mandatory training on human rights in the workplace for all staff and managers, within three months of the decision.

“Jessie got a substantial injury to dignity award, not because they were misgendered but because they were fired for insisting on not being misgendered,” explains Nelson’s lawyer, Adrienne Smith. “They stood up for their rights, and the employer retaliated, and that's not okay. There was not a finding of retaliation. But deciding that you're going to terminate people because their identity is inconvenient is illegal.”

Setting a precedent for the trans community

“I'm so proud,” says Nelson, “that there's something that, tomorrow, if a trans person needed this, they could Google search ‘trans rights’ or ‘trans law,’ and likely my case would come up, and they could print that out and take it to their employer and be like, ‘You need to stop. I'm protected. Don't go any further.’”

According to Smith, who is also trans and nonbinary, this is the first time BCHRT considered a nonbinary person. Smith is a social justice lawyer based in Vancouver and the litigation director of the Catherine White Holman Wellness Centre, a trans legal clinic in BC.

“It really affirmed what we were certain we knew about trans people's rights, but it said it explicitly,” explains Smith. “And Jessie got a $30,000 injury to dignity award, which is a fairly substantial award. They also had the tribunal clarify that trans people are entitled to be referred to by their names, and that pronouns aren't an option. They're a legal right. They're not a preference. They're a legal right.”

Around the same time the ruling in Nelson’s case was issued, another case concerning trans rights was addressed by the Human Rights Tribunal of Ontario (HRTO). In EN v Gallagher’s Bar and Lounge, the HRTO ruled that the employer in question discriminated against three employees, “because of their gender identity, gender expression and sex.”

“The Ontario Tribunal and the BC Tribunal releasing these two important decisions at the same time is very important, because it shows that these are rights across the country,” says Smith. “Our pronouns aren't optional. They're necessary, they're required, because they're a fundamental part of who we are as people.”

Bill C-16, an act to amend the Canadian Human Rights Act and the Criminal Code added “gender identity or expression” to the former as a protected characteristic, and to the latter in the context of hate speech and sentencing for hate crimes. This is key because if a crime or offence is proved to be motivated by hate or bias, courts can take that motivation into consideration during sentencing.

“I have so much privilege,” reflects Nelson. “I am able-bodied, I am white. I live in a country and in a space where I'm allowed to have these conversations, where I'm allowed to stand up and say, ‘This isn't right. This isn't okay, I deserve more than this.’ My humanity, in this regard, is protected, and thank goodness for that. Because if this had happened six years ago, my gender identity and gender expression would not yet have been protected by our human rights code.”

Work is a place we have to be. We can’t walk out the door when we want to, and we can’t control the people we have to work with. These are just some reasons why workplace protections against discrimination and harassment are so important.

If you’re a precarious worker, or a worker with an identity that is marginalized, you’re especially vulnerable. Interestingly, in Nelson’s case, it was because this discrimination occurred specifically in the workplace that they were empowered to take action.

“I'm in an environment that is protected,” says Nelson. “Most public spaces are not, in that way. If somebody made some comment to me on the street, I can't take them to court. It's not against the law to throw a slur at somebody, unfortunately. But in a work environment and workplace, I am protected — or I should be.”

This demonstrates what we already know: the workplace has tremendous power as a space for advocacy.

“I think if Jessie had had a union, there would have been a potential for a grievance because this is clearly harassing behaviour,” says Smith. “So many restaurant workers, there's no union in place, so that avenue wasn't available.”

Nelson tells Our Times that they’ve actually never had the opportunity to work in a unionized environment. As in any other industry, but particularly in one where workers tend to be underpaid, exploited, and precarious, unionization offers protections that benefits all workers — especially those who our society marginalizes.

As we say, a rising tide lifts all boats.

Haseena Manek is a freelance journalist based in Ottawa, and the Online Community and Outreach Coordinator for Our Times.

Jessie Nelson is the founder of KITH+common, a consultancy service focused on inclusion. Learn more about their work at kithandcommon.ca.