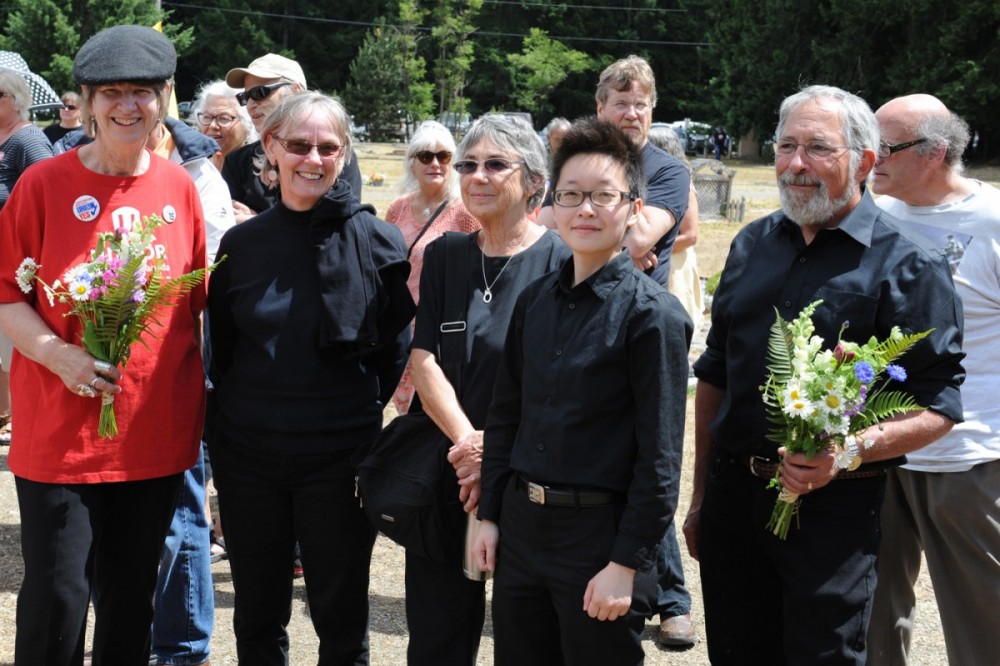 As the rock-and-roll inflected guitar chords pound out the beat, the chorus from Bobbi-Jo Moore’s contest entry song “Together We Stand” rises up, driving and anthemic:

Together we stand for workers’ rights and solidarity

Together we stand strong, in our community.

A few minutes later, the mood shifts as writers Michael Averill and Kas Baker take to the stage with their gritty collaboration “What’s It All For?” about trying to earn a living doing precarious work:

Pushed to the max on an empty tank, what’s it all for?

They tell me I can fill’er up when I raise my rank, what’s it all for?

In the end it was the upbeat melodic lines of Lyndsay Wills’ song “9:30 at the Factory,” about her daughter’s work as an apprentice baker, that caught the judges’ attention and won her first place in the We Do The Work Song Contest for B.C. songwriters, sponsored by the Vancouver-based Left Coast Labour Chorus (LCLC).

The awards were presented at a standing-room-only concert in Vancouver’s Russian Hall on November 18, 2018, with honours also going to Thomas Kuecks’ lyrical song “One Voice,” which tied for third place with Moore’s entry. The event also featured the premiere of The Troika Collective’s short play Yours in Revolt, Ginger about BC’s first general strike, which was touched off by the 1918 murder of union organizer and anti-conscription activist Ginger Goodwin.

Launched early in 2018, the song contest was aimed at encouraging newer, emerging songwriters already inspired by social justice “to see the lives of working people and their unions as a creative source of new songs.” Judging was done by LCLC choir director Peggy Hua as well as three outside judges: Karla Mundy, George Hewison and Roger Holdstock. 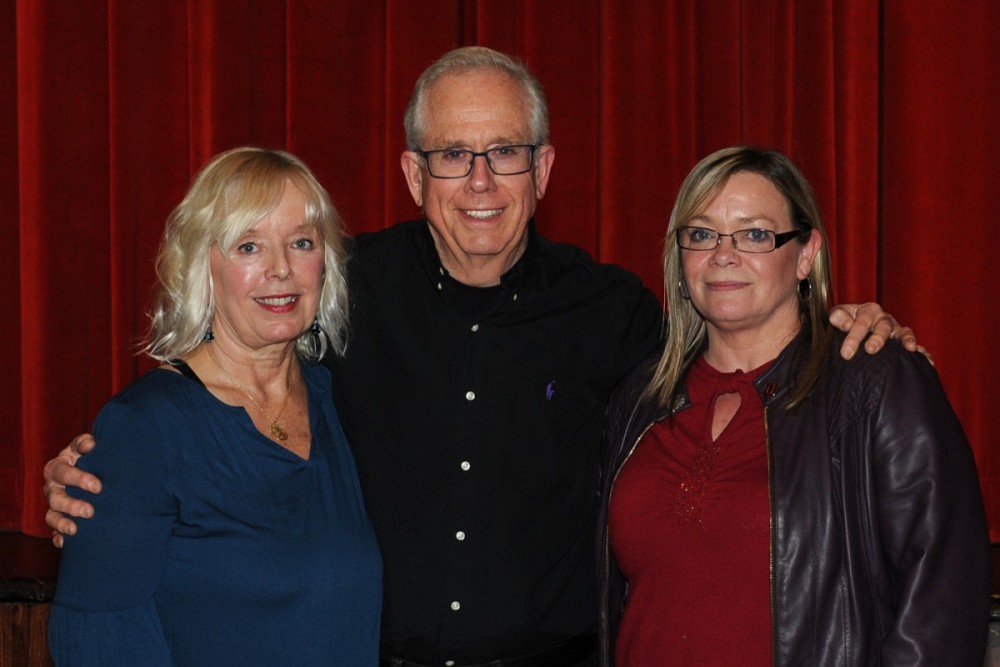 The Left Coast Labour Chorus is a group of 38-plus singers “who merge their voices and their activism in their music.” When the idea of a song contest was first raised at a chorus planning meeting in July 2017, chorus members took it up enthusiastically. They later approached Unifor Local 114 — the chorus is affiliated to the local as a community chapter — to provide some of the prize money. “The local responded right away with a cheque and also got us financial support from Unifor National,” says chorus president Neil Naiman. The Federation of Post-Secondary Educators of BC later financed an additional prize when judges declared a tie for third place.

A major objective of the chorus, whose members are mainly boomers, is to create space for younger songwriters to bring their voices to the stage while exploring the well-established tradition of singing in the unions. In addition to putting new songs into the labour music repertoire, the contest has already created a cross-generational spark. 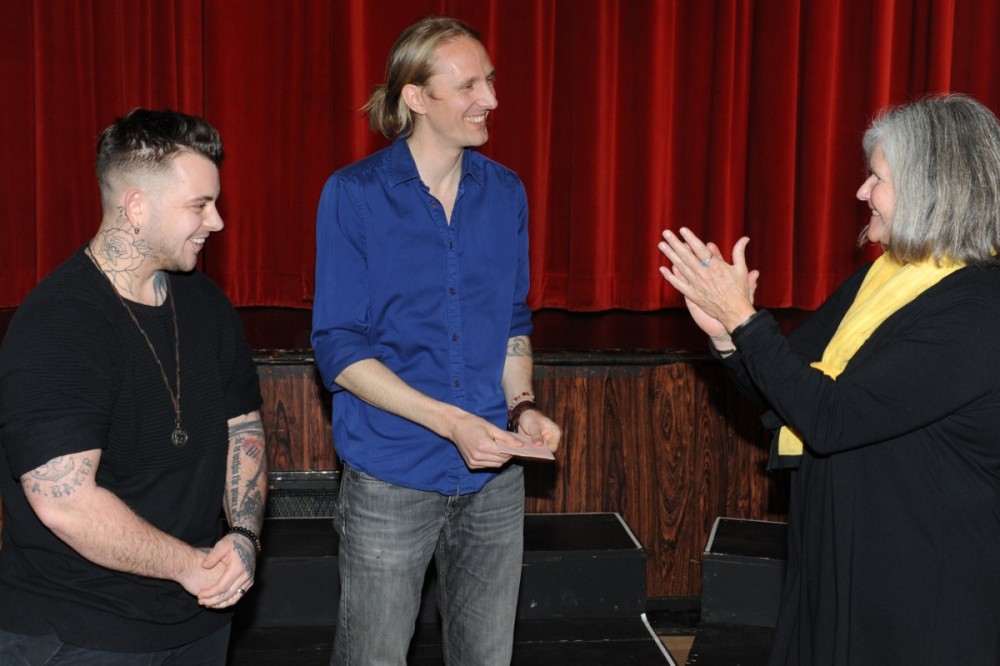 Second-place co-writers Averill and Baker told the audience they spent hours in the SOCAN (Society of Composers, Authors and Music Publishers of Canada) library going through the songs offered as past examples of contemporary work songs, immersing themselves in the audio files. “We didn’t have any experience with unions, but Kas had worked at hard labour and the contest created the way to put that experience into music,” Averill says. For Kuecks, it was much the same: “The contest has definitely inspired this songwriter,” he said. ”I look forward to doing more writing in this genre.”

Sean Griffin is a guitarist for the Left Coast Labour Chorus, a member of the chorus bass section, and vice-president of the Unifor Community Chapter. He coordinated the We Do The Work Song Contest.