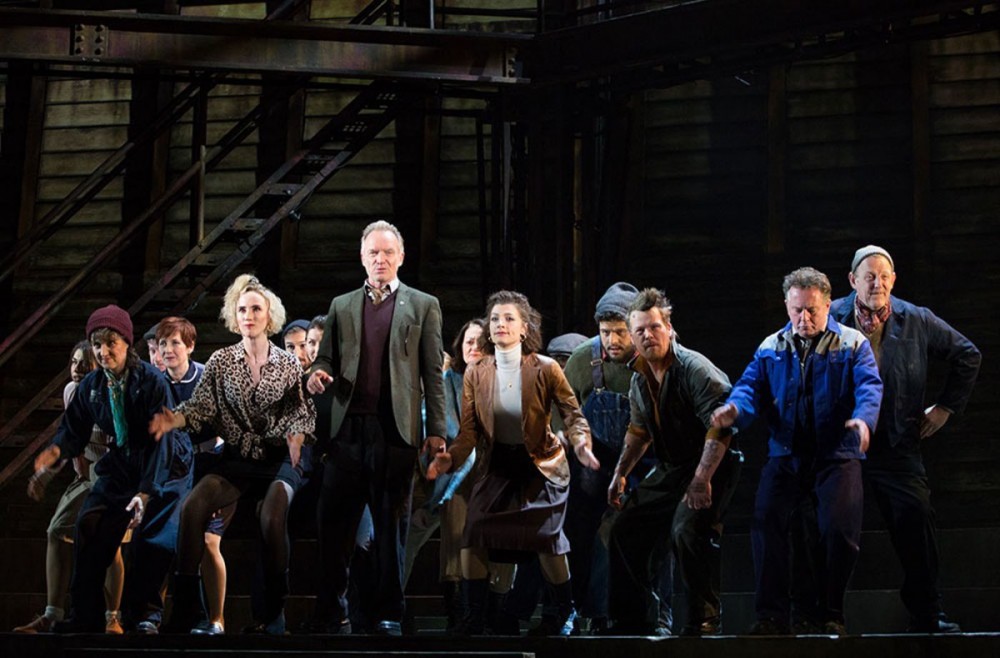 Music and lyrics by Sting

Lovers of musical theatre unite!  You have nothing to lose but your hearts!

The Last Ship has docked at the Princess of Wales Theatre in Toronto, and the captain is on board. Until March 24 you will have an opportunity to see and hear Sting in a musical that he created, first as a concept album and now as a fully fleshed-out and powerful invocation of the British working class of northern England, where Sting was born and raised (as one Gordon Matthew Thomas Sumner). It just goes to show that you can take the lad out of the working class, but you can’t take the sense of decency, class consciousness and solidarity out of the lad. Sting has demonstrated this in abundance for his entire career.

The Last Ship is a fiercely partisan portrayal of a community that decides — together — to take a big leap of faith. When the owners of a large shipbuilding company announce its closure, the workers, employed there for many years, decide to take over the factory and keep it in operation. No one single character drives the narrative. Instead, the people of the town collectively are given agency. They all push the story forward.

A CHORUS OF SHIPYARD WORKERS

What The Last Ship might sacrifice with regard to common conventions in musical theatre, such as having a lead protagonist, it makes up for with a buoyant score that continually crests when the chorus of shipyard workers join with their friends, family and the broader community to express their powerful convictions: “Be it resolved, we will not be beaten down and exploited by the forces of a brutal, global capitalism that sees us as so much jetsam when profit is under threat.” The audience the night I saw the show resoundingly seconded this emotion.

If you’re reminded of the work of playwright Bertolt Brecht and stage composer Kurt Weill, so be it. Beyond the libretto and the score are stunning digitized scenic elements that would have fit nicely within the theory and practice of epic theatre (a mid-20th century theatrical movement inspired by the radical politics of the time).

This is not to say there is no love story in this musical — there is and it is poignant. There are also villains. They stand in for the most reprehensible breed of CEOs and reactionary politicians at work in every country of the world today. A bevy of intriguing characters brings profound depth to the story: the working-class intellectual with a wry sense of humor; the town alcoholic; the woman who demands choices in her life and joins with her sisters when the community rises up against the closing of the yard; and the leaders of the union along with a sympathetic foreman (battling his own personal challenge) who do their levelheaded best to push back against circumstances they did not create.

To its credit, the play does not shy away from presenting division within the rank and file. Those moments of “solidarity, however” (versus “solidarity forever”) are some of the most moving moments in the show. 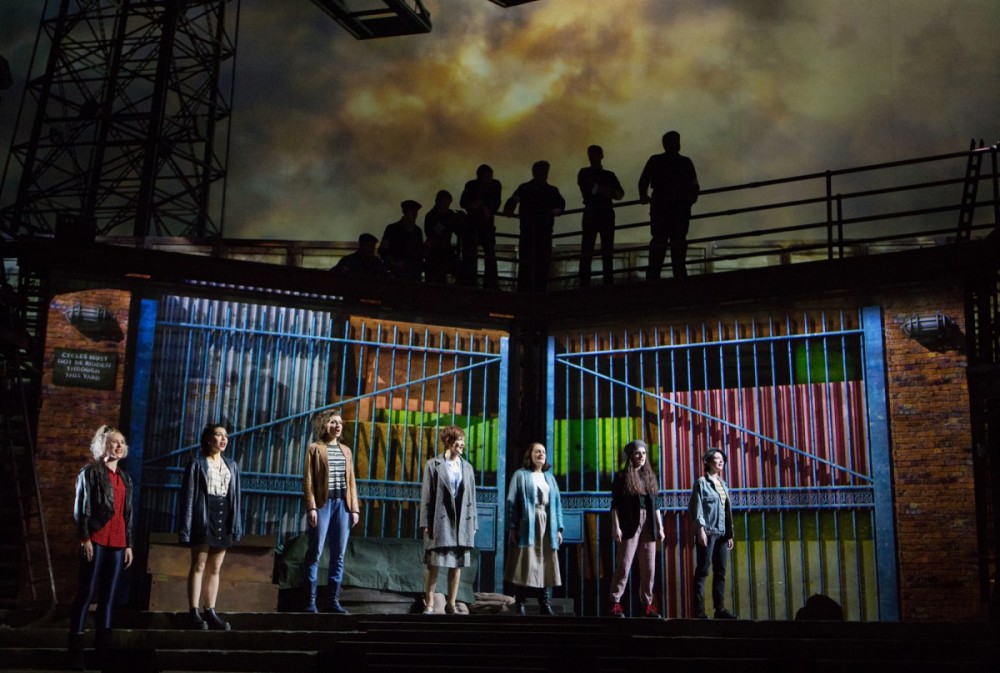 The Last Ship combines all these elements to make for a dynamic evening of theatre. If I refrain from calling out individual performances, please forgive me, but it just seems like sacrilege to do so for this particular show. The whole thing is not about individualism and competition, who gave a strong performance and who gave a weak one. The Last Ship is about taking collective action and trying to prevail against the odds even when they are stacked heavily against you.

Would that we all could book passage on the good ship Utopia and sail off to a better world and a brighter future for our planet. In the meantime, if you're in the neighbourhood, go see this musical.

Robin Breon is a Toronto-based independent arts journalist and blogger. From 1981 to 1988, he was administrator and publicist for Black Theatre Canada and from 1988 to 2008 he was program administrator for the Museum Studies Program at University of Toronto. Currently, Breon is collaborating with composer Joe Sealy (C.M.), Juno Award winner for best contemporary jazz album, Africville Suite; and actor/director/playwright, Andrew Moodie (Chalmers Award winner for Riot), on the libretto and score for a new musical entitled, Chappie Johnson and His (almost) All Colored All Stars, inspired by the dramatic play, Ain’t Lookin’ by John Craig and George Luscombe, based on Craig’s semi-autobiographical novel, Chappie and Me.