Take a Look at Ourselves

A Call to Make Space for Diverse Voices 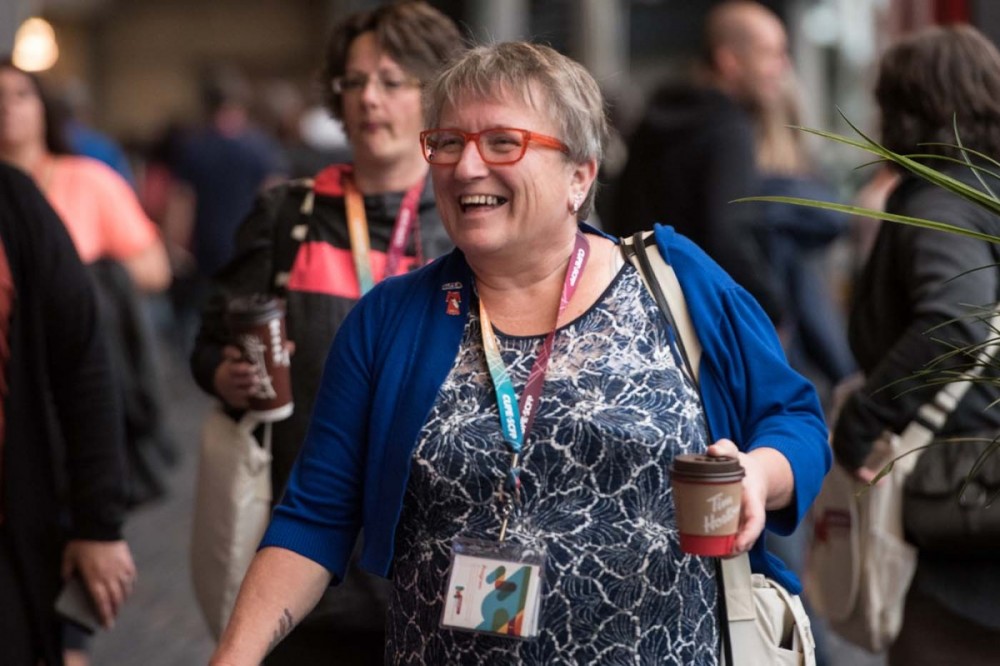 “The presence of diverse voices at the table often creates a conversation that would never have happened otherwise,” says trade union leader Nan McFadgen (centre).

On August 31, Nova Scotia’s newly elected government chose a 71-year-old white man to be in charge of African Nova Scotian Affairs, and the Office of Equity and Anti-Racism Initiatives.  Their rationale was that he has Black people in his riding, and they like him. As I witnessed this controversial appointment take place, I thought of my union, and the labour movement in general: when it comes to intentionally opening leadership doors to diverse voices and experiences, while we are doing better than we did before, any increase in diverse voices at the labour movement’s decision-making tables has been marginal at best.

I am a white woman who is aware of her privilege, and I come at this topic as an ally. When I look around my own union, the majority of people I see in leadership positions are white and male. My union, like others, has been having an internal struggle about diverse representation, in one way or another, for all of the years I have been a union member.

At my very first national convention, over 20 years ago, the debate was about whether or not to designate seats for women at the national executive board level of leadership. The debate had a level of toxicity I never knew existed until I experienced it. Since then, I have witnessed many debates on the topic of diversity and representation and I find the argument against it is almost always about “merit.”

The biggest defenders of the idea of meritocracy are people who believe they rose up through the union ranks entirely on their own merits. They espouse the “I dragged myself by the boot straps and so should you” kind of thinking. However, meritocracy is a myth that supports inequality. Still, people will deliberately misunderstand the point of this statement.

I’m not suggesting that people already in these roles don’t work hard. In fact, I have deep respect for the work they do and the care they show for workers and their struggles. What I’m saying, and wish that people understood, is that their ability to even have the role and to work hard in it is fundamentally easier because of their privilege.

Creating space for others who have been historically marginalized is an attempt to make up for historic inequities. In other words, intentionally creating space means equalizing opportunities and allowing more people the same opportunity to work hard, too.

Another defensive argument I’ve heard against intentionally increasing diversity is: “I represent all of the members.” Well, yes you do. However, you cannot help but be impacted by your own lived experience, and in your case (and mine), it’s been a privileged one compared to people discriminated against because of the colour of their skin or who they are. Unless you have lived the life of a racialized person, a Black person, an Indigenous person, an LGBTQ2S+ person, or a person living with a disability, then you cannot know their struggle or their joy. I know that having diverse voices in spaces where decisions are made provides a lens and a perspective that can never be provided by me, a white woman.

The people who are currently in our labour movement’s leadership positions need to be a voice for inclusion. Since diverse voices have many more barriers to overcome to get to the decision-making tables, it is up to those of us who are there already to fight for inclusion and to create and hold space open for diverse voices. How do we square being a union member and not standing with the under-represented? The very core goal of a union is to build workers’ collective power. How can this happen without the input and leadership from diverse voices?

The presence of diverse voices at the table often creates a conversation that would never have happened otherwise. Could this be the reason we can’t seem to move forward on this issue? Are we afraid of what we will learn about ourselves? What will it take for our unions to make the table bigger; to make room for all of the challenges and the beauty diverse voices bring with them?

This Labour Day, I ask you to contemplate diversity and expand your mind if you need to, and raise your voice — because we need to! Think about the possibilities for an inclusive union. Then act on it. Yours in solidarity.

Nan McFadgen is the president of CUPE Nova Scotia (Canadian Union of Public Employees) and a member of CUPE Local 2330.