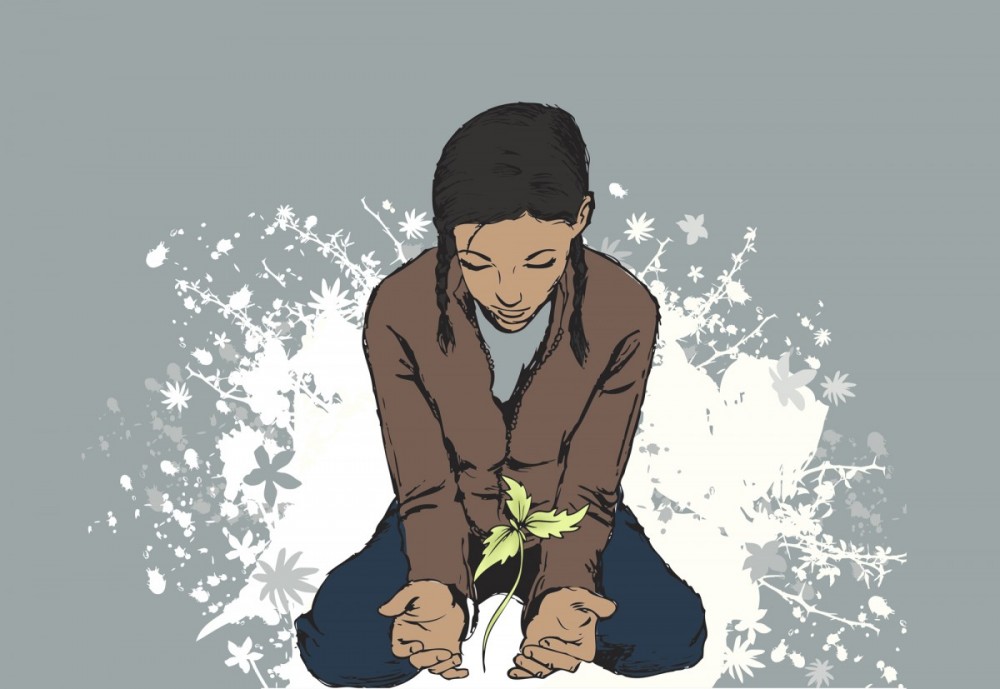 Kerry Badgley’s letter to the editor in the last issue of Our Times posed two tough questions about online actions. First, are they effective? And second, are they too convenient?

This is, for sure, an “over a beer or a coffee” kind of debate. Which is my way of saying there’s no definitive answer to either question, but there is a lot of gab to be had. So, I’ll give it a shot and see where it takes us (apart from my beer fridge; I’ve already killed my morning pot of decaf).

The short answer I have for Kerry is yes, and yes. But since I’ve already opened a can of pleasant sour ale and had barely a sip, here’s 500 ml of elaboration for you.

I mention the beer since I need an excuse for how messy and circular the following is likely to be. If any of this makes sense, thank The Editor.

Yes, they are effective. Online actions, I mean, not The Editor. Regarding the latter, see the above. Now that I’ve trapped you in an endless loop, said Editor is telling me I have to move on.

Yes, online actions are convenient. And, yes, they are too convenient.

An online action (be it a petition, an email, whatever) is an effective tool for “shallow” organizing. An online action is easy to participate in. Convenient in other words. It doesn’t throw up the kind of barriers you see when you ask people to find a babysitter, drive 10 klicks and then stand on a picket line for four hours in minus 20.

But there’s that pesky “shallow” bit. Any action, be it in cyberspace or meatspace, should be aimed at building organizing capacity for the next action while achieving whatever goal has been set for this one. On that score, online actions in and of themselves produce pretty marginal results. And that’s being kind. If you keep going back to most audiences, asking them to take the same or a similar action over and over, you’re going to have trouble building capacity. And, eventually, you will go stale.

And if you ask for too much right away with that online action, you’ll go bust. Say someone just got hired, and you immediately request they join a picket line where they’ll be lying down in the middle of the road to stop a delivery truck that has its own police escort, you’re probably setting yourself (and your action) up for failure.

If, on the other beer, say a smooth and roasty Sri Lankan stout, your online action functions as just the first rung on a ladder that asks participants to take more and more productive, that is, more “real” action, as they climb it, then it can be hugely effective. So, start by asking that same just-hired person to send an email, then ask them to drop by the union hall to help silk screen (does that happen anymore?) some signs, then ask them to hand out leaflets on a street corner . . . you get the idea.

PLANT A SEED, GROW A FOREST

There is another type of effective I should mention.

I call it the Johnny Appleseed Theory of Online Education and Action. (JATOEA. Sounds like a PSAC component.) The only thing you need to know about Johnny Appleseed is that he planted apple seeds far and wide, wherever he went, in fact, and got a whole lot of other people interested in apple trees. JATOEA is what Our Times, LabourStart and RadioLabour do. All are organizations that educate and engage in shallow organizing. Their actions don’t take their audiences anywhere, at least on the face of it. LabourStart may occasionally work at getting people out for an event in a particular country or city. But that’s pretty rare. Rare but, when we do actually do it, effective. As when we organized people to call a small police station in Belarus after a bunch of trade unionists were arrested, one of them a member of our executive (which is why we had the details to share).

But a JATOEA take on what’s happening is that, when equipped and motivated by RadioLabour and the others, the audience is more receptive to calls from allied organizations, unions in other words, when they do ask that audience to take action. Real action. On the same or a different issue.

Put crudely: Send that audience (with the ever-more open ears and eyes) some protest emails about safety issues in a Bangladesh garment factory and they’ve already been primed to be less inclined to think that unions once served a purpose but are no longer needed in this glorious 21st century. And they might just be more inclined to contact their union about issues in their own workplace. And if they do that a couple of times without the sky falling, they might then also be more inclined to exercise their right to refuse unsafe work. And so on, up each rung of the (aforementioned) ladder. So, shallow JATOEA organizing may not lead, in obvious ways, to a “deep” level of engagement, but deep engagement may actually be happening offstage, under the aegis of another organization that shares similar goals.

A fab example of this is the United Steelworkers building on its long and proud history of health-and-safety activism in support of women workers in Bangladesh’s garment factories. Steel has been able to generate significant numbers of online actions by its members, like that petition demanding Canadian Tire pay garment workers a living wage. But Canadian Tire is still selling sweatshop products you say? So, the online action must have been ineffective? Not so much. First, there’s the effect on a few million Bangladeshi women who hear that a miner in the Northwest Territories wants them to go home alive. Second, Steel uses that action to continue building its members’ commitment to workplace safety, and to get them more involved. That’s not why Steel undertook the campaign, of course, but it is one of the offstage results that really can be effective, if hard to measure.

LabourStart does something similar. Like Steel, we have an audience. Our 150,000 “regulars” are people committed to trade unionism. Activists each one, at least by some definition. The folks on our mailing list want to be there, make a decision to stay there and have tremendous trust in LabourStart. In terms of our online actions functioning as organizing tools, each action asks those folks not already on our lists to join us.

ACT AND SOMETHING SHALL SUCCEED

There are those rare online actions, on their own and without any real meatspace components to them, that get the job done. But only in specific circumstances. My favourite example, which you may have heard before and which made me a believer, was an early (circa 2001) campaign that LabourStart ran for what is now the United Workers Union in Australia. Though I have to say I like their previous name — The Liquor, Hospitality and Miscellaneous Workers Union — better.

The Hilton Hotel in Sydney, Australia, was doing bad things to the good people who worked there, so thousands of trade unionists around the world sent Hilton global HQ and their local Hilton franchises a veritable avalanche of emails saying “My union has big conventions and conferences all the time. We need to rent space for them. We won’t rent from you until things get sorted in Sydney.”

The leaked internal emails coming from Hilton were a treat. Though I can’t share more, let’s just say the Sydney franchise owner was not a popular fellow.

Most of LabourStart’s (or anyone’s) online actions, though, don’t generate the desired result. They don’t, for example, get an Algerian union activist out of jail. But in some cases, they contribute to a broader, deeper campaign that in turn may succeed.

And they do accomplish a couple of other things. They educate the participants about the state of workers’ rights beyond the participants’ own backyard, in fact, right around the world. They bolster the morale of those folks we might be trying to free from prison. And they can (yes, I know how romantic this sounds) redefine the term “solidarity” for that jailed activist’s co-workers and comrades.

One other tick in the “effective” column is this: In comparison, online actions are effective. In comparison to what? Let me expound. An avalanche of emails may make an imprisoned Chinese labour rights activist feel as though they haven’t been forgotten, but fear of his inbox overflowing is not likely to lead Xi to order anyone’s release. The only real alternative, though, is to do nothing. And that’s pretty much what used to happen before the online campaigning idea came along. When we swallow that hard reality, perhaps we’ll see that online action is as “effective” as anything can be in this imperfect world.

Confused yet? I am. And I haven’t even gotten to the second half of the “convenient” question yet.

For that you’ll have to wait until next issue.