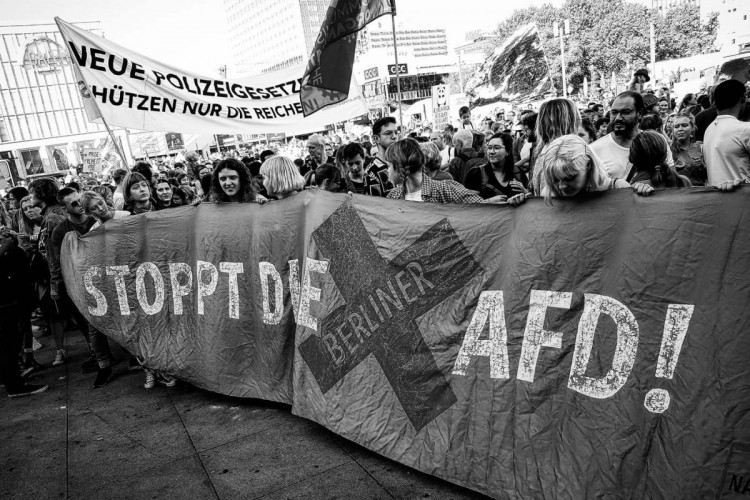 Guido Reil, a member of the European parliament for the Alternative für Deutschland (AfD), was a miner in Essen in the Ruhr region of Germany — the country’s foremost region of heavy industry and its industrial heartland between the 1860s and 1960s. Before joining the AfD in 2016, he was a member of the Social Democratic Party (SPD) for 26 years, a trade union member and works councillor. In the 2017 election campaign in North Rhine-Westphalia, Reil could be seen, dressed in miner’s clothes, on AfD posters that bore the slogan: “At heart a socialist; therefore AfD.”

It was one of the clearest signs that the AfD, at least in deindustrializing regions of Germany, claims to be the heir of a socialist tradition that the SPD allegedly betrayed. As in other parts of the world, right-wing populism in Germany is attempting to woo the white working class, or, that is, those white workers who are unemployed, precariously employed and those who fear that in the near future they might belong to one of those two categories.

The AfD is casting itself as the social consciousness of the nation and adorning its vision of societal well-being with ethnocentrism and nationalism. It is a powerful mix. In the northern Ruhr, in 2017, the party scored some of its most stunning successes, obtaining locally up to 16 per cent of the vote.

A Powerful Mix of Racism and Nationalism

During the Weimar Republic (the name often used to denote the period from 1919 until 1933 in Germany), the National Socialist Party, more commonly known as the Nazi Party, also attempted to woo working-class voters away from their various attachments to the Communist Party, the Social Democratic Party and the Catholic Centre Party. The Nazi Party was likewise built on a powerful mix of racism and nationalism accompanied by claims that it was fighting for the social welfare of those belonging to the “Aryan Volksgemeinschaft” or “Aryan community of people.”

The AfD, like the Nazi Party before it, is an extremely heterogeneous party — with an ability to speak to different social groups. The Nazi Party has been characterized as the first “catch-all” party in German history. The AfD started life in 2013 as a Eurosceptic party, opposed, above all, to the European currency, the Euro. The party was led by an economics professor from Hamburg, Bernd Lucke, who had been a long-standing member of the Christian Democratic Union (CDU) before founding the AfD.

He was forced out as leader in 2015, but there is no doubt that the AfD continues to appeal to conservative bourgeois voters with previous sympathies for the CDU. Another leading light of the AfD, Alexander Gauland, was a CDU member for 40 years before becoming a founding member of the AfD.

The conservative nationalist wing of the CDU has been systematically marginalized by Angela Merkel, the German chancellor and long-term leader of the CDU. She has led her party to the centre-left, where it has been able to win many voters with previous sympathies for the Social Democrats. At the same time, she made conservative nationalists, who had always had a home inside the CDU before her reign, homeless. 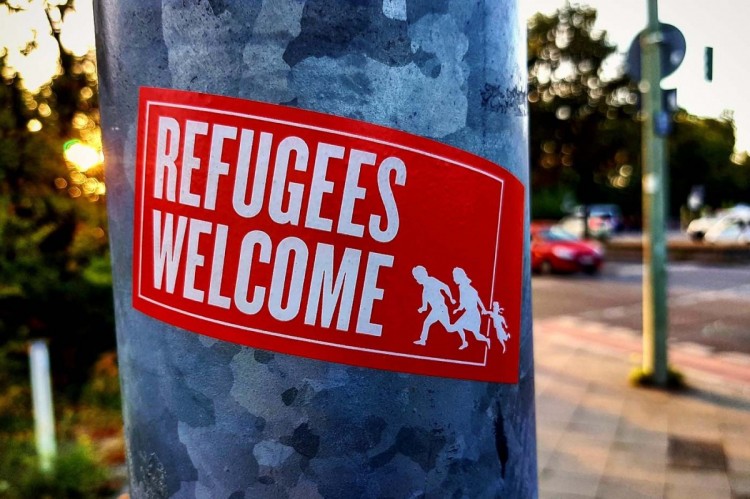 Yet the AfD also has a strong “völkisch,” or ethnic nationalist, wing whose supporters gather around a faction known as “Der Flügel” (The Wing). One of its most outspoken leaders is the chair of the AfD in the state of Thuringia, Björn Höcke. Many of his supporters are connected to neo-fascist groups.

Thuringia and the German states that lie in the territory of the former Communist East Germany have been particular strongholds of the Alternative für Deutschland. After the reunification of the country in 1990, many of these regions witnessed massive deindustrialization and, to this day, many East Germans feel they are second-class citizens vis-à-vis their West German compatriots. Wages continue to be lower in the East, unemployment higher, and the life stories of many former East German citizens have been devalued by the dominant West-German victory narratives of the Cold War.

Both the East German Länder and deindustrializing western regions, like the Ruhr, show that the AfD has the most potential where it succeeds in combining social concerns with nationalism. The challenge for the German left will be to find ways of winning back the most vulnerable in German society, who have been disappointed by the Social Democratic Party’s dismantling of aspects of the welfare state in the 1990s. The left will have to return to its core values of solidarity and social justice, without following the pied pipers of nationalism who led parts of the German left astray in 1914, 1918/9, 1923, 1933 and after the Second World War.

Stefan Berger is Professor of Social History and Director of the Institute for Social Movements at Ruhr-Universität Bochum.