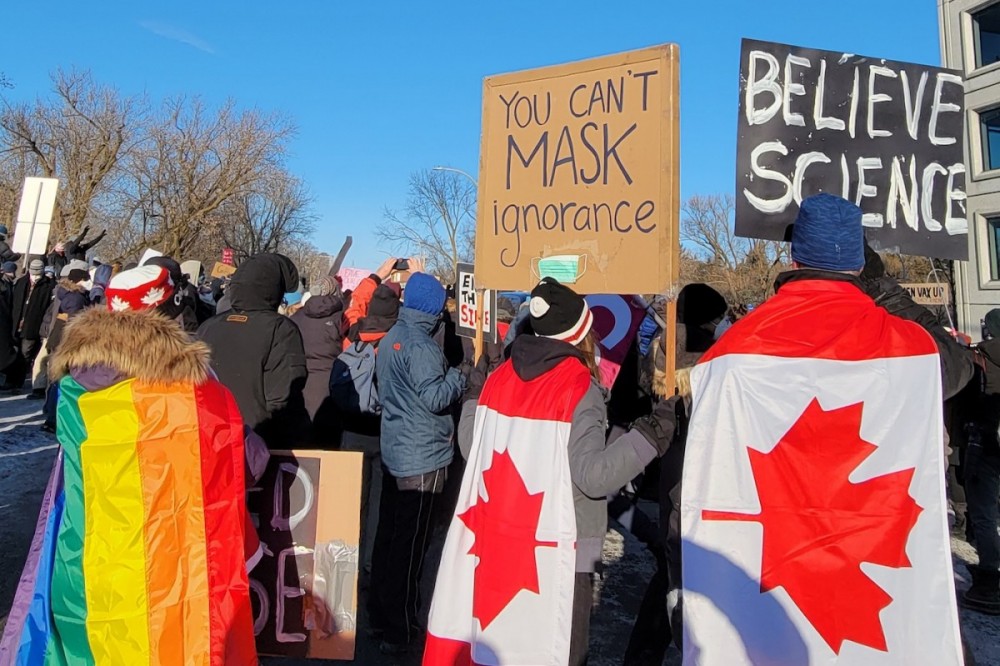 I don’t like calling what just happened in my city, Ottawa, an occupation — Gaza is occupied, France was occupied, many other nations have been occupied. I also don’t like calling the people who descended upon Ottawa “protestors.” As someone who has helped organize, and also participated in, hundreds of protests, I want to “protest” this overly generous characterization of people who were here so selfishly. I call them convoyers.

That said, what the people of downtown Ottawa endured in the “red zone” was nothing less than constant harassment and intimidation, along with sporadic bursts of violence. Beyond the honking, so many Ottawans felt threatened by racist, sexist thugs that those who were able left the downtown core. Some of those same people experienced, for the first time, a sense of what it’s like to flee your home and seek refuge somewhere else.

While the convoyers were here, I walked through the area right around Parliament Hill with a friend — the same area I’ve been to for many, many protests! Imagine, if you like, the ordinary snowy slickness of Ottawa’s narrow downtown streets in winter. Layer that scene with the chaos of over 400 illegally parked trucks, trailers and pickups, dozens of big rigs among them. Many of these vehicles blocked pavements and snow removal equipment for weeks. Remember that these downtown streets weren’t built to accommodate cars, never mind trucks.

Did I mention these same streets are lined with old buildings that mostly house government offices, banks and other workplaces, interspersed with apartment buildings, also of a certain age? 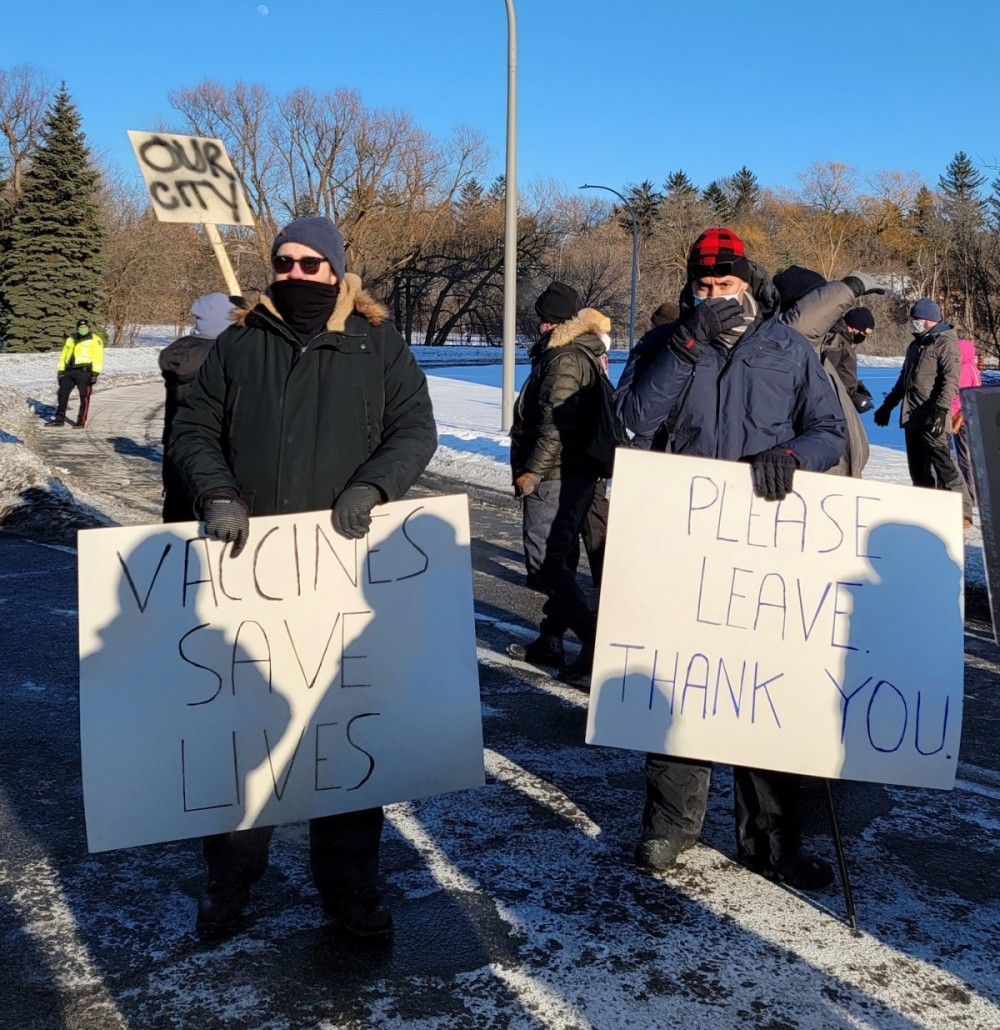 Imagine the people who live in these apartment buildings, which tend to attract those who walk to work or who don’t have cars. There is very little parking.

These inhabitants tend to be young folks working in the towers nearby, or older people who have chosen to live close to the services they need, or people who simply can’t afford expansive houses with gardens in the suburbs, or newcomers to the city or the country.

These are the people who were exposed to air horns, to the endless honking by a multitude of trucks — some of which arrived in Ottawa thoughtfully equipped with train whistles as well.

This was no spontaneous outbreak of outraged honking because the convoy couldn’t get its message heard. It was instead a calculated attempt to make people miserable.

The rows of brightly lit trucks, the cacophony of horns and noxious gas and diesel fumes were bad enough. Then came the stages, the hot tubs, the saunas and the parties.

People complained about the Ambassador Bridge in Windsor and the Coutts crossing in Alberta being shut down, about the economic disruption caused by the convoy. I’m not necessarily opposed to economic disruption. I come from the labour movement, and sometimes economic disruption is the best tool in our toolkit. I’m not even opposed to tactics that attempt to generate some minor inconveniences so you can get the attention of the population. But the “freedom convoy” went far, far beyond that.

Profoundly more problematic are the agenda and ideology underlying the convoy: overt racism and white supremacy, the unwillingness to believe in science (or any experts, for that matter), the willingness to risk the lives of people who are immunocompromised, elderly, too young to be vaccinated or just more vulnerable to COVID. The fundamental selfishness that makes the convoyers believe their desires to be “free” — that is, to be unvaccinated and work and play that way — is, to me, far more unacceptable than their attempts at economic disruption. Signs screamed “my body, my choice” but no one was forcing anyone to get vaccinated. The convoyers just don’t want to accept that “choices” have consequences. A more accurate sign for them to carry would be “your body, my choice.”

Beyond this inchoate “freedom” business, there is also a dangerous strain of populism here. You don’t have to like Trudeau, or this federal government (believe me, I don’t). But the idea that protestors can just take over any democratically elected government or oust it (see their list of bizarre demands), simply because they don’t like the Prime Minister or (wrongly) think he is responsible for all public health mandates should scare us all.

For those weeks, it felt as though our city had been abandoned to a social experiment controlled by frightening, selfish people — those who don’t care that their pleasures come at a cost to others, those who not only disrespect the rule of law but who, on a fundamental level, don’t believe in democracy.

Democracy is delicate and easily broken. Growing counterprotests gave me hope for its future, during those dark days when little else did. Mainstream media suggested that the counterprotests were about locals being annoyed by the convoy. Sure, but they were also about the people of Ottawa rejecting the alt-right, white supremacist, “all news we don’t like is fake news and facts don’t matter” ideology that the convoyers push. We may have been under siege, caught between convoyers and every police force in Canada, but we were here, in the streets, to make certain that science and democracy didn’t also end up in the “red zone.”

Archana Rampure is a trade unionist living in this land we call Canada.