No Time to Bury Debate 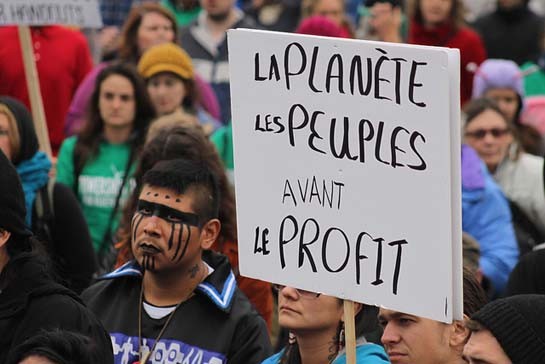 Many of us are still digesting what happened at the Canadian Labour Congress' 27th constitutional convention in early May in Montreal.

Throughout and immediately afterwards, alternative media came alive with discussions about the possibilities of a new activist labour movement under the leadership of Hassan Yussuff as the new president of the CLC, Barb Byers as secretary-treasurer, Marie Clarke Walker as the returned executive vice-president, and newcomer Donald Lafleur rounding out the team of officers.

It seems to me that democratic practice is a muddy old beast with two hooves in the past, one in the present and one lunging towards the future. Unfortunately, what lies ahead is climate crisis and what lies behind are many years in which environmental issues have been sidelined within the CLC.

The new team might wish to set in motion a new agenda, but they have the previous administration's legacy to contend with, and the officers must work within the complex and dynamic politics of affiliated unions and labour bodies. If the new executive is going to make significant changes, it will need to evaluate the current situation clearly, with humility, and with great resolve.

After witnessing the consolidation of power in the now-former president's office during the years I worked in the CLC's research department, I had very low expectations for significant change this time around. That was, however, before Hassan Husseini's team organized the Take Back the CLC campaign and broke the spell, and before Hassan Yussuff broke the slate. It was before Marie Clarke Walker broke the silence and before Barb Byers broke the tradition of voting at tables.

Given that this election was provoked by grassroots discontent and not supported by a consensus among affiliated union leaders, the future direction of the CLC is not yet clear.

Will this moment of openness quickly close, or will there continue to be sufficient internal pressure allowing the leadership to imagine and choose new ways of doing labour politics?

Let's explore what lies ahead in terms of labour and the environment. Under the direction of the former president's office, many affiliate resolutions for this year's convention were absorbed into the main policy paper, "An Economy for a Fairer Tomorrow."

I compared the submitted resolutions with the policy document, and it became apparent to me that this omnibus document was written to correspond with the discourse of the multi-million dollar, media-oriented "fairness campaign" (Together FAIRNESS WORKS). Many of the sharp edges of resolutions submitted by affiliates were rounded off. Conflict between unions was buried, and strong words like "justice" were changed to more appealing (to corporate pollsters) words like "fairness."

For example, environmental issues were not listed in the policy paper as being among the top five issues threatening "a fair society and shared prosperity." If the looming climate catastrophe wasn't seen by the previous administration as a serious challenge facing workers, will it be seen as such by the next? 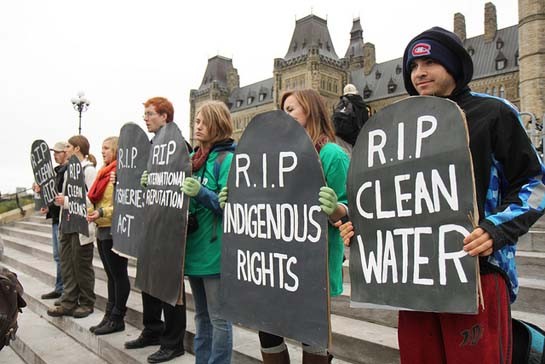 In substance, the policy paper included a welcome section on "Infrastructure, Green Jobs, New Jobs." Arguing that it is possible to have both a strong economy and a clean environment, the paper criticized Canada's accelerated resource extraction and called for environmentally sustainable forms of industrial development. These are significant points.

It is important that the CLC has called for skilled occupations in wind and solar power, advanced vehicle materials and technologies, clean transportation systems, energy efficiency and conservation. These demands keep workers from falling into the ideological trap of accepting that the end of manufacturing is nigh. In addition, this part of the paper had the added benefit of bringing together the shared concerns of public and private sector unions.

Nevertheless, the focused and specific issues raised by affiliates were often finessed in the interests of moderation. For example, the Canadian Union of Public Employees (CUPE) and the Public Service Alliance of Canada (PSAC) submitted calls for an end to subsidies to the fossil fuel industry. They, together with the Alberta Federation of Labour, called for taxes on carbon. These resolutions were said to be covered in the policy paper, but their presence was barely discernable.

There is no mention of ending subsidies to the fossil fuel industry in the policy paper. Instead, the paper calls for the imposition of carbon tariffs at the border.

The problem with this strategy is that a carbon tariff shifts the burden away from the production and consumption of carbon at home and places it instead with developing-country exporters. This is a defensible position held by the United Steelworkers (USW) and should have been debated at convention, but the policy paper quietly avoided it.

What is even more troublesome is the sleight of hand allowing the labour movement to oppose the export of raw materials, but not their extraction.

It is certainly the case that thousands of jobs could be created if more primary materials were processed in Canada. But what are the implications for the biosphere as these resources are dug up and then consumed? Instead of the labour movement providing creative leadership on this very difficult dilemma, the debate was again buried in the policy paper.

There were other similar problems with the way individual resolutions not covered by the policy paper were handled.

They cited the fact that the pipeline would pass over 700 waterways and through 50 First Nations' territories, some with unresolved land claims. The resolutions committee made an awkward attempt to combine these positions by means of a composite resolution supporting fair and expeditious review processes for pipeline developments, consultation with Aboriginal "communities," high standards in construction and operation of the pipelines, and the promise to lobby the federal government to oppose the Northern Gateway project unless these standards are met (emphasis added).

In effect, this means the Canadian Labour Congress has come out in support of energy pipeline developments, which is very troubling indeed at a time when the Harper government is committed to their rapid expansion. 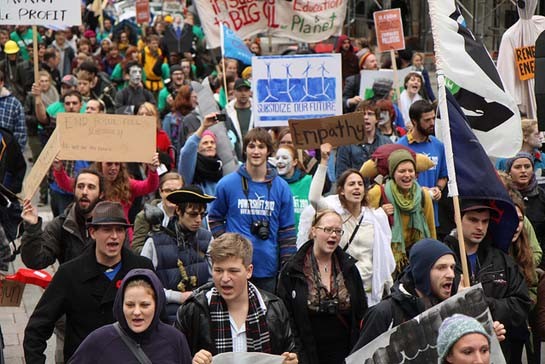 The labour movement is, of course, diverse and located in divergent regional contexts, which makes it very difficult, but not impossible, to forge a unitary perspective on any issue, including the environment.

Thus, it was promising to see the Fredericton District Labour Council calling for an immediate moratorium on shale gas fracking and exploration. The labour council also called on the CLC to extend solidarity to the people of Elsipogtog First Nation, and all those who "protect Mother Earth for the benefit of all Canadians."

Other calls affirmed labour's support for:

My favourite was the call for a debate on whether capitalism is even capable of sustaining the biosphere.

It would be my great hope that the newly (re-)elected officers of the CLC will encourage debate beyond the boundaries of what right-wing politicians and corporate employers envision for Canada's future.

Rather, I truly hope that three years from now they will be presiding over a convention of delegates well used to the idea that Canada's house of labour welcomes democratic diversity and actively promotes the common good, including that of the biosphere, and is not simply branded that way.

Teresa Healy is a visiting professor of sustainable development at the SIT Graduate Institute, in Brattleboro, Vermont, and a research associate with the Canadian Centre for Policy Alternatives.

She is also a singer/songwriter with the folk duo Healy & Juravich, and a member of the American Federation of Musicians (AFM) Local 1000.

This article originally appeared in July-October 2014 of Our Times Magazine. Support our work by subscribing, advertising, or donating today!