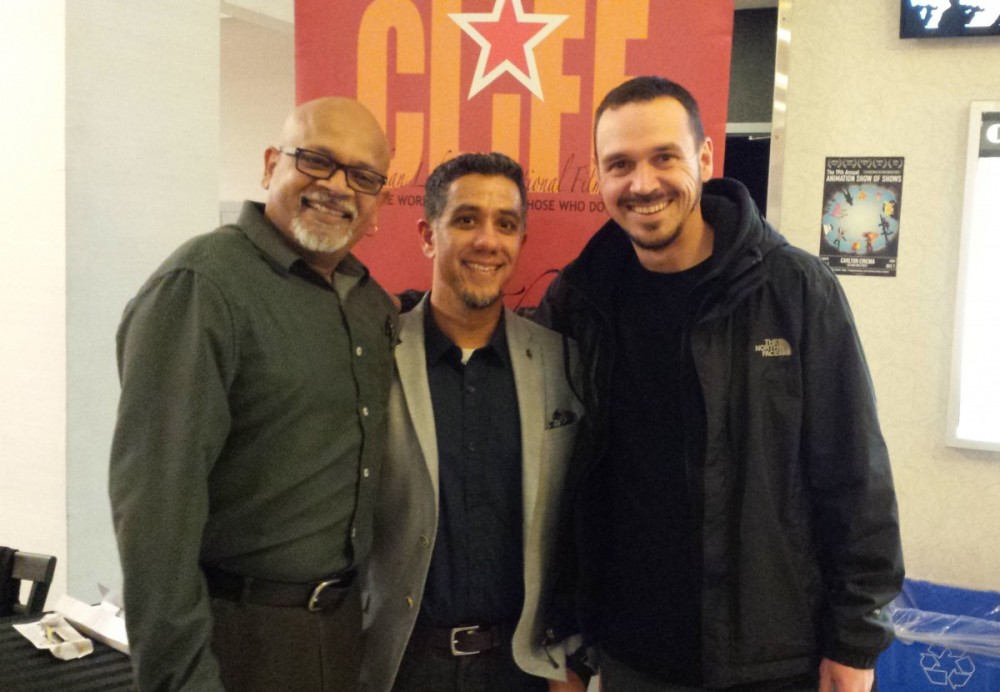 Putting together a film festival is a lot like making sausages — while the final product may look appealing, putting it together can be a messy process. Yet, a small but diligent group of labour and community activists spread across the country come together each year to cook up plans for yet another Canadian Labour International Film Festival (CLiFF).

CLiFF is Canada's sole national film festival dedicated to sharing stories about work, workers, and the labour movement, and this year marks our 10th anniversary.

LABOUR AND FILM, TOGETHER

If labour and film had to post their relationship status online, it would probably be listed as "it's complicated." Certainly there is a rich history of labour in film. In fact, a film that is often considered one of the very first motion pictures ever made could technically be considered a labour film. Louis Lumière's 1895 short (at a whopping 46 seconds), Workers Leaving the Lumière Factory in Lyon, is a film whose plot line lies right in the title. Yet fast-forward to today's mainstream profit-driven Hollywood cinema and, generally speaking, workers — and their unions — aren't always portrayed in a positive light, if they are portrayed at all. (There are, of course, some notable exceptions, such as Norma Rae.)

That's where CLiFF comes in. Our festival provides a platform for workers to share their stories and connect their individual, local struggles to international struggles for social justice — struggles against exploitation, economic inequality, racism, sexism, and other forms of discrimination. We also provide a platform for the labour movement to share its campaigns and struggles so that we can both learn from its defeats and be inspired by the movement's victories.

If there's one thing that constantly amazes us, it is the sheer number of films about work and workers being made around the world every year. Over these past 10 years CLiFF alone has screened over 150 films, ranging from high-quality productions to simple films recorded on a mobile phone. We are always astounded at the unique ways people express their experiences of work, whether through documentaries, comedies or animation. (One of my favourite films from last year's festival was The Chop, a comedy from the UK about a kosher butcher who loses his job and ends up pretending to be a Muslim so he can work at a Halal butcher shop.)

Each year we are inundated with films during our submission process. (Ask a board member an offhand question about which films are screening at CLiFF in any given year, and you'll likely get a panicked, blank stare as we desperately try to recall which ones we finally did select from the hundreds we reviewed.)

INNOVATIVE MOBILE FILM PACKAGE (GET YOURS!)

Our innovative mobile festival package allows for anyone to be able to organize a CLiFF screening in their community, no matter where they live. During our 10 years, we have had around 130 festival screenings take place across Canada. As board member Scott MacDonald remarks, "From movie theatres and auditoriums, to local union halls and meeting rooms, a CLiFF festival can take place anywhere. It creates opportunities for dialogue, learning, and collaboration."

Putting on CLiFF is truly a labour of love. We are infinitely grateful to the labour unions, union locals, labour federations, local labour councils and activists who have provided us with much-needed financial support over the years so that we could continue putting on the festival.

We are also thankful to all the filmmakers who have shared their works with us, and to our coast-to-coast volunteers and location coordinators who have organized screenings and brought people together to share these incredible stories. Lastly, we are thankful to our allies, partners, and supporters who are always there for us every single festival season.

We certainly hope CLiFF sticks around for another 10 years. But for that to happen, labour unions and activists across the country must commit to supporting CLiFF and so ensuring these stories continue to be shared with the larger public. It is, after all, our collective film festival. Check us out and get involved.

Navjeet Sidhu is a Unifor national representative working in the union’s research department. He is a member of Our Times’ advisory board as well as the Council of Canadians’ board.