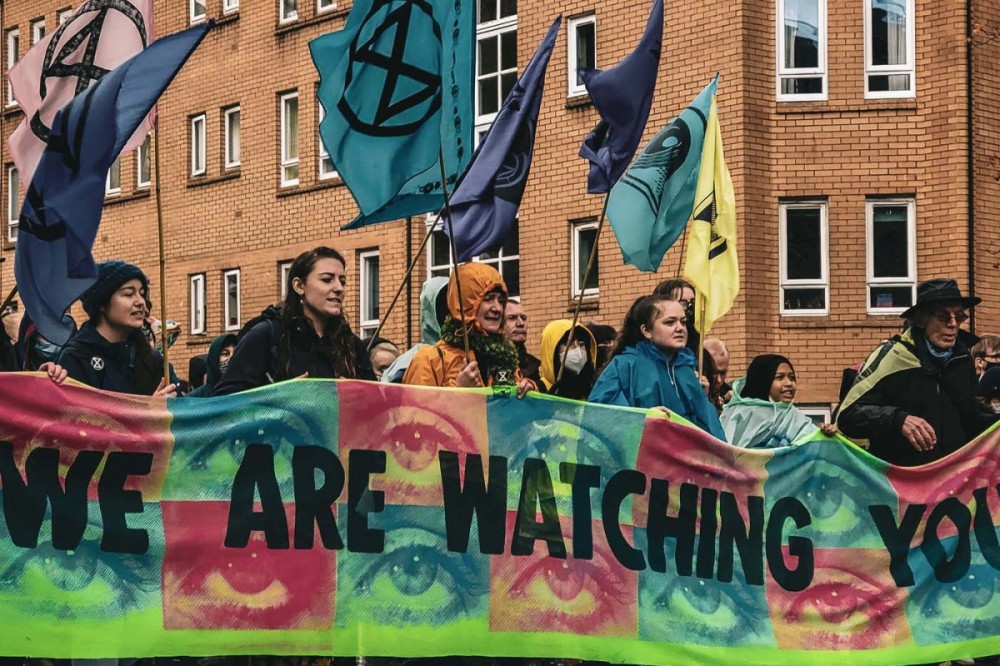 The lead-up to November’s UN climate change conference, COP26, was filled with urgent pronouncements about just how vital this round of climate negotiations would be for the future of the planet. Both world leaders and climate scientists appeared to share the sentiment that COP26 would offer the “best last chance” to come to grips with the climate crisis and keep temperatures from soaring past 1.5 C above preindustrial levels — an outcome that the Intergovernmental Panel on Climate Change (IPCC) recently announced will be inevitable unless drastic decarbonization measures are implemented over the coming decade.

Released in August 2021, the IPCC’s most recent assessment of the climate crisis illustrated in detail how human activities have contributed to increasing temperatures and rapidly changing weather patterns affecting every corner of the globe. Severe droughts leading to more extreme wildfires and the intensification of precipitation cycles have been on clear display in Canada over the past year — the most recent example being the deadly flooding and mudslides in B.C. caused by an unusually powerful atmospheric river.

In fact, the Canadian Institute for Climate Choices reported that weather-related catastrophic-loss events in Canada are occurring three times more often now than they did during the 1980s, and costing the equivalent of five per cent of Canada’s GDP every year. Just as sobering is the news that 1.8 million Canadian households are at risk of flooding.

For our part, the Canadian labour delegation arrived in Glasgow armed with the determination to share our experiences of climate-related disasters at home while continuing to advocate for the urgency of a global just transition for all workers. With temperatures in Canada forecast to increase twice as fast as the global average, Canadians are particularly vulnerable to climate-related impacts, even as our dependency on fossil fuel production places Canadian workers at higher risk for labour-market dislocations as the world decarbonizes. 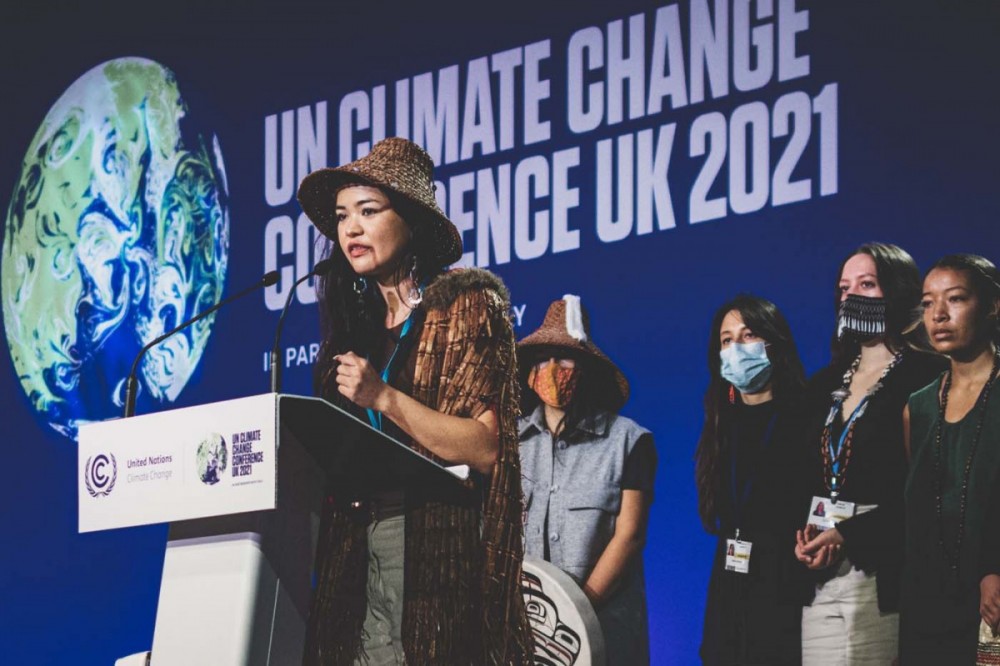 Ta’kaiya Blaney, from the Tla’Amin First Nation, in BC, spoke at the Peoples Summit for Climate Justice, held during COP26. PHOTOGRAPH: SAMI DELLAH

The nearly 20-member strong Canadian labour delegation was in good company, with other trade union delegates from around the world having arrived at COP26 with the same goal in mind: to secure a deal in Glasgow that would not only increase global ambition to limit warming to 1.5 degrees but also include explicit language speaking to the conditions needed to make just transition a reality. Those conditions must include social dialogue, progressive economic and industrial policies, and mandatory regular updates on just transition initiatives as part of the Paris Agreement reporting requirements.

Our initial hope and optimism, however, quickly gave way to frustration as it became obvious the conference organizers were seeking to limit the number of NGO observers in the negotiating rooms. On the very first day, a ticket system was announced which allocated to the Trade Union Non-Government Organisations (TUNGO) constituency just four tickets, despite that constituency numbering nearly a hundred delegates.

Public outcry led to the ticket system being dropped on the second day, but the organizers used a “first-come, first-seated” system to continue to limit the number of observers allowed into negotiating sessions. This resulted in the absurd spectacle of tens of thousands of delegates flying into Glasgow only to end up streaming the negotiations on the online COP26 platform. Too many bodies were crowded into the few public work spaces provided, and charging stations were scarce.

Delegates in both the Blue and Green Zones (COP26’s two sites) were also bombarded by corporate messaging displayed on prominent screens and installations featuring advertisements for COP26’s official sponsors. Upon registering, each delegate received a care package courtesy of Dettol – an antiseptic brand owned by the multinational Reckitt Benckiser Group.

Despite negotiating rooms being inaccessible and industry voices predominating, labour union delegates and their allies in the environmental movement successfully pushed their state representatives to put just transition on the agenda. Trade unions were instrumental in securing the Just Transition Declaration, whose signatories included Canada, France, Germany, the UK, the European Union and the U.S. And although just transition was omitted from early draft texts being negotiated, it would eventually make its way into vital passages of the final agreement. In fact, the Canadian labour delegation played a key role by drafting last-minute text proposals that would see just transition included in a crucial paragraph in the final COP26 decision. 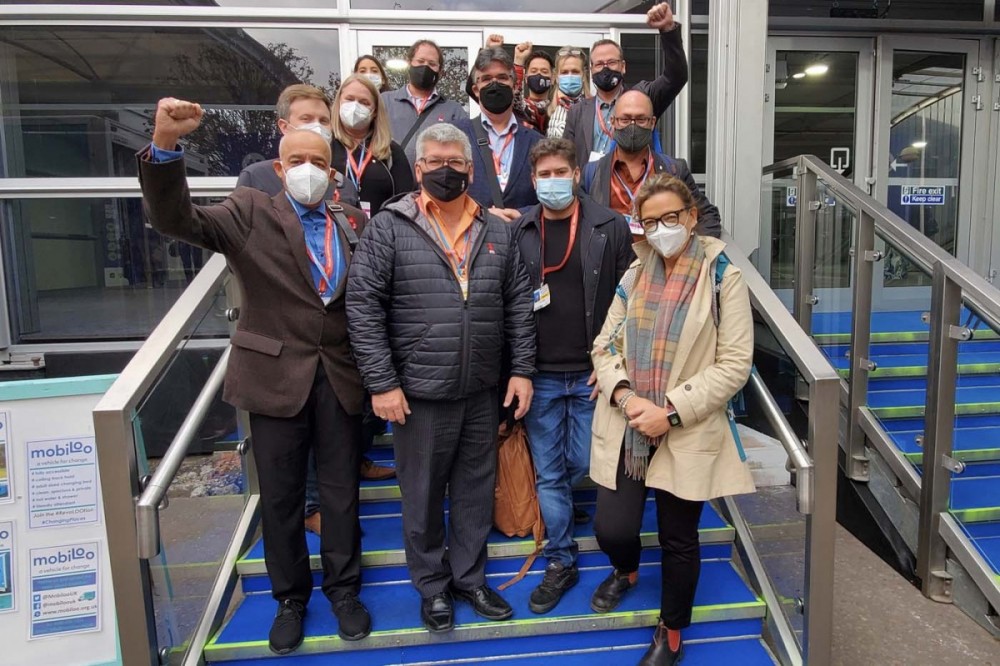 Clearly, however, the agreement reached in Glasgow failed to secure the necessary commitments to limit global warming to 1.5 C and to ensure that just transition serves as a basic prerequisite of decarbonization. Fundamental differences around scope, ambition, human rights and the responsibility of wealthy countries to provide climate aid and finance to less-wealthy countries inevitably resulted in key passages being watered down or deleted entirely from the final version of the agreement.

While the outlook for upcoming climate conferences might appear bleak, the labour movement should feel emboldened by the fact that just transition now has a substantial foothold in the Paris Agreement, one which must be leveraged to strengthen future commitments to workers. Canadian trade unionists should also feel heartened by the fact that our allies in the environmental movement made just transition a central plank in their push for a fairer and more substantive agreement at COP26.

For now, we will need to fight to ensure that the federal government follows through on its promises to make just transition a reality for workers and communities in Canada, and an example for other countries to follow.