Action in the Era of Convenient Solidarity 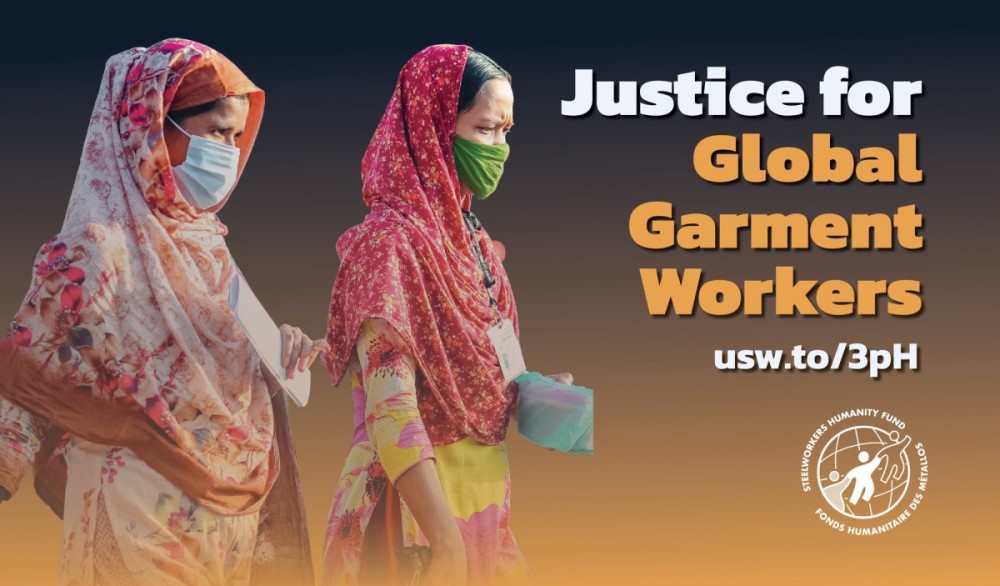 Kerry Badgley’s letter to the editor a couple of issues ago posed two tough questions about online actions. First, are they effective? And second, are they too convenient? Last time around I took on Kerry’s first question.

Lucky for us, my take on his second question is simple. Convenient is good, except when it’s bad.

Stay with me. Really, this won’t take long. Since the answers to both questions are synergistic, we’ll need, at some point, to circle back to the first one.

Convenient is good because it can, in some sense, be seen as contributing to the democratization of online campaigning. And democratization = organizing. Let’s go back to the example I gave in my last column — Steel’s activism in support of women workers in Bangladesh’s garment factories, and that union’s significant number of online actions.

Think about what would have been needed to get members to take action, no matter how tiny, in solidarity with Bangladeshi garment workers in, say, the year 2000. If there were a union in the Bangladesh factory, that union could send a letter to the global union federation (GUF) it was affiliated with. The union and the GUF would go back and forth a few times, mebbe talk on the phone, if possible. Then the GUF would send a letter out to all its affiliates around the world, including Steel, asking them to mobilize support. Those affiliates would then send a letter from their national presidents to the union’s members and/or to the employer and various governments. If it was an attention-grabbing issue, a few motions would be passed here and there and the employer and the government of Bangladesh would get mebbe 50 letters telling them how bad they were, from people who were already up on the issues and primed to act. Or mebbe as few as 10 letters, since most unions wouldn’t have had a dedicated international solidarity staffer or elected committee. Months could pass while all that work happened. And during that time the best we could have expected, in terms of organizing, would have been a magazine article and some speeches at conventions and conferences.

Ten letters, or even 50, ain’t too scary if you’re H&M. And those letters likely didn’t inspire the affected workers much, if they even knew of their existence.

That was the best we could manage at the time. Period. Little to no impact on factory conditions. Nothing done to build capacity for the next fight. Zero content created, at either end, to bolster organizing. Of course, there were exceptions. The United Farm Workers’ grape and lettuce boycotts of the 1970s being mebbe the best example. But these exceptions were few and very far between.

Unlike what happens now, in the Era of Convenient Solidarity (ECS). (Only the military loves acronyms more than the labour movement does.)

Now, hundreds, or thousands, of Steelworkers and other union members can send a solidarity message and, as they do, they can start to make connections between their lives and those of workers elsewhere.

And today, those garment workers in Bangladesh or Laos or Ethiopia or Nicaragua can not only contact their GUF, or LabourStart, and wait a very short time before a campaign launches, they can also almost instantly get something up and running on their own.

Leaving aside the very real problem of what’s going on behind the scenes at some of the convenient do-it-yourself platforms like (ugh) Change.org, there’s a very good argument to make for convenience being a problem, mostly because these efforts are, to use a popular term, un-curated.

Fear not, though. There’s convenient, and then there’s convenient and curated. Most unions have, at some level of their structure, the ability to run an online action, petition or email campaign. Fast. And even a totally volunteer-run organization like LabourStart can take a request literally off the shop floor or picket line and turn it into a global online action in 24 hours or less (longer if our translators need to get involved, but not much longer).

There may still be a fight to be had over the timing or content or utility of an online action, but at least when it runs it won’t be counterproductive. It won’t demand a wage increase when what the bargaining committee is shooting for is job security.

On the other hand, there are workers without unions, or with corrupt unions. (You knew I’d have to mention it.) So it’s hard to say that the free-to-use platforms never serve a legit purpose.

Kerry, let’s pick this up face-to-face PPE. No, not that PPE. I mean Post-Pandemic Era. The Kemptville Lounge over by you still in biz? Let’s beer and explore the question you were too polite to raise and which I can’t coherently think about unless lubricated: If the days when an overloaded inbox would scare a transnational corporation are gone, then how do we measure the success of Convenient Solidarity Actions (CSAs) in the ECS? (that’s “Era of Convenient Solidarity,” if you remember). 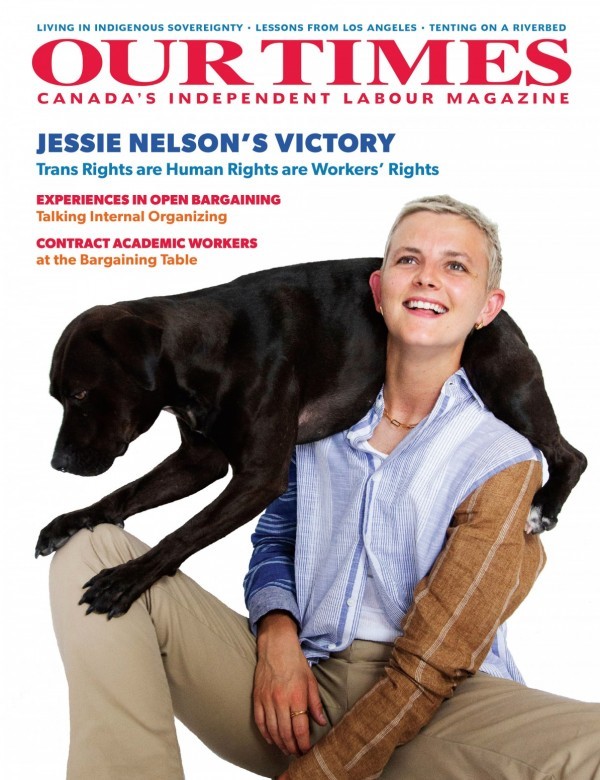 This story appears in the Summer 2022 issue.

The good folks at the IUF (International Union of Food, Agricultural, Hotel, Restaurant, Catering, Tobacco and Allied Workers’ Associations) have given us a starting point. This is a message they sent LabourStart at the close of a campaign we ran for them:

“On behalf of all our members in Cambodia and in particular the imprisoned union leaders and activists, we wish to express our thanks for this fantastic expression of international solidarity. Without doubt, every single protest message sent through the Urgent Action on LabourStart added to the tremendous pressure brought to bear on the Cambodian authorities, resulting in the release of the union leaders and activists from prison . . . it is clear that the Urgent Action played an important role in winning their freedom. As soon as they were released, the union leaders entered into negotiations and mediation to resolve these rights violations and restore the rights of hundreds of union members. The international solidarity campaign also boosted the morale and confidence of our members and their families in this struggle for justice. The struggle at NagaWorld is at the centre of a much bigger fight to defend worker and trade union rights in Cambodia. What is at stake is whether workers in Cambodia really have the right to freely join a union and exercise their rights to collectively bargain and to strike — and through this protect their lives and improve their livelihoods. This will be determined by struggles like the NagaWorld campaign. Your protest message, as an act of solidarity, was an important contribution to this much bigger fight and ultimately helps us reach that win for all. Thank you.”

Sound like a success (if combined with the actions of Cambodian workers’ “much bigger fight”)? And, really, as I mentioned last time, isn’t the bottom line “what’s the alternative”? Unless I am missing something (definitely possible), how many of us are answering a call from workers in crisis someplace by jumping on an electric dirigible and flying off to join their picket lines for however long it takes?

While I was wrestling with the answers to Kerry’s questions, Scribbler’s Anxiety Constipation (SAC) developed. I am well and truly backed-up with other news I need to send your way. Short items that have been waiting their turn will be spotlighted next time.

But I couldn’t resist including one last acronym this time.